Adewale Mayowa Emmanuel, popularly known as Mayorkun, is a Nigerian singer, songwriter, entertainer, stage performer, recording artiste and pianist. He came into the Nigerian music spotlight when he released a cover of Davido‘s The Money single and was discovered by the DMW boss on Twitter.

Upon being discovered by Davido, Mayorkun signed his first professional music contract with Davido Music Worldwide (DMW) in 2016, dropping Eleko as his debut single under the record label. His first studio album The Mayor of Lagos was released in November 2018. 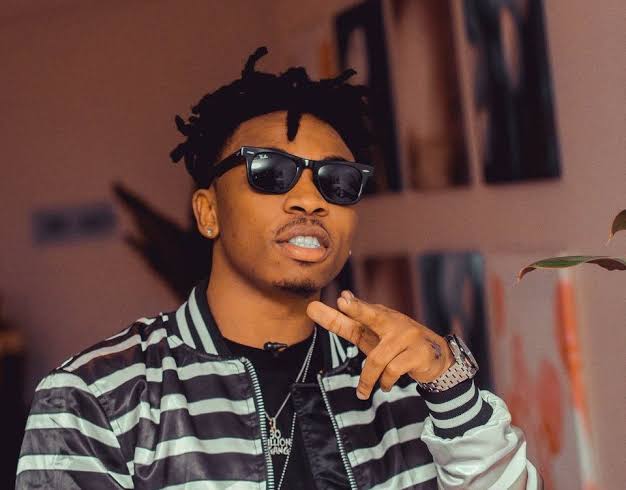 Mayorkun was born on March 23, 1994 in Osun State, South-Western Nigeria. He is the first son as well as the first child of three, born into a family of entertainers. His mother is a Nigerian actress and his father is an artist and a movie producer. When Mayorkun was growing up, he joined his church choir at a very tender age where he, “learnt the rudiments of music” according to him.

Upon finishing his primary and secondary school education, he proceeded to the University of Lagos (UNILAG) where he bagged a degree in accounting. He later got a bank job upon successfully completing his NYSC and was on the job until his discovery as a talented musician in 2016 by Davido.

Mayorkun was a banker but had already decided to leave his bank job in search of another well paying job when his cover video for one of Davido’s songs, “The Money” was spotted by the DMW boss in February 2016 on Twitter. Davido was impressed by Mayorkun’s work and eventually followed him on Twitter and Instagram, after which Davido asked him if he could do more than play the piano.

When Mayorkun responded in the affirmative, he got a call from Davido, also known as OBO and once he was done with the famous phone call, he wrote his bank resignation letter that same day and sent Davido some of the songs he already recorded. Davido was satisfied with his talent and signed him to Davido Music Worldwide (DMW).

Mayorkun’s music career commenced when he released his first single titled “Eleko” under DMW Records in 2016. Upon recording the video of the song, it gathered one million views in the first 10 days. Since the release of his debut single, Mayorkun has gone on to release other singles such as Yawa, Sade, Che Che, and Mama.

In October 2018, he released two singles, Posh and Fantasy featuring Olu Maintain in anticipation of his first studio album titled The Mayor of Lagos. His albm, The Mayor of Lagos was released on the November 16, 2018 and on December 1, 2018, it appeared on the Billboard World Albums chart, peaking at number 15.

THE MAYOR OF LAGOS MUSIC CONCERT

In 2017, Mayorkun embarked on a nationwide music tour which saw him perform in over 35 schools. He ended that year with his first headline concert in Lagos called “The Mayor of Lagos”, the same name as his debut studio album. The Mayor of Lagos concert continued in 2018 with a show in Ibadan, the Oyo State Capital and Abuja, the Federal Capital Territory. Mayorkun did a tour of the UK alongside DMW label mate Dremo in 2018 where he performed in about six cities. He also performed alongside label boss Davido at the wireless festival.

Presently, Mayorkun only has one album to his name titled The Mayor of Lagos (2018). He also has an Extended Play (EP) titled Geng (2020). His songs include the following:

Below are Mayorkun’s awards and nominations:

Presently, Mayorkun has a net worth of $5 million this 2023. His wealth coming from album sales, shows, endorsement deals and a host of other businesses.

Mayorkun showed off his first home on social media in 2018 with a picture of himself standing in front of the gigantic mansion with the caption: “humble beginnings”. The mansion is worth an estimated ₦200 million. His car collections include the following:

Mayorkun owns an expensive Range Rover SUV which is one of the prized assets in his collection of cars. His black Range Rover SUV features a 5.0L V8 engine rated for 500hp and 461 of torque. The car has an impressive luxury leather interior that suits his status as a well to do celebrity in Nigeria.

The Mercedes Benz CLA250 AMG was acquired by Mayorkun in March 2019 for an estimated fee of ₦35 million which he made public yet again via his Instagram handle. This impressive automobile features a punchy engine lineup, lots of standard features, and an above average predicted reliability rating.

Another impressive car in the Mayorkun fleet of cars is the Mercedes Benz 4matic which truly befits his status as a top celebrity in Nigeria today.

The Toyota Prado SUV is the last but definitely not the least of cars in Mayorkun’s fleet and as we continue to make our research, we will update you our readers on more vehicles that Mayorkun possesses. The Toyota Prado SUV is a full-size four-wheel drive car in the Land Cruiser range, and it is very convenient for Nigerian roads.