This article is a comprehensive list of the trusted amala joints in Nigeria and their locations. A common dish among the Yoruba ethnic group in Nigeria’s south-western geopolitical zone is amala. It is made from cash crops such yam, cassava and unripe plantains. Yam tubers are cleaned, sliced, dried, and then blended to make a flour known as elubo. Amala gets its recognizable dark colour from yams, which are white in colour but turn brown when dried. Amala is a common side dish served with gbegiri, ewedu, and other soups like ila (okro soup), efo riro, and ogbono, to name a few, and it has also been exported to other parts of the country where it is enjoyed. 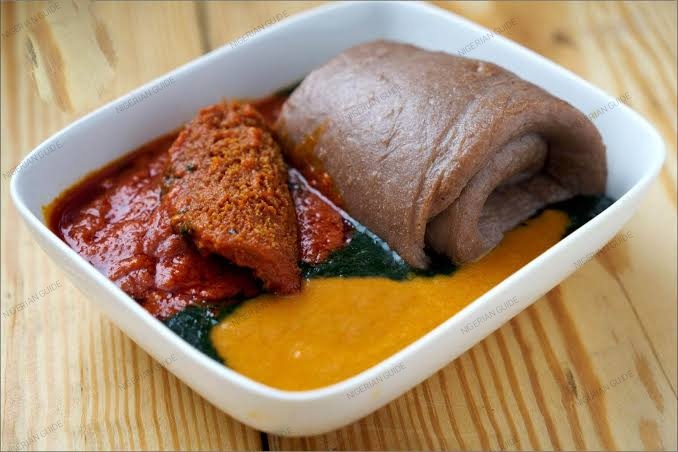 TYPES OF AMALA IN NIGERIA TODAY

The following are the types of amala in Nigeria today in no particular order:

The most popular kind of amala, called amala isu, is made from yams. Due to its high starch content, Dioscorea cayenensis (Ikoro) is the specific yam species that works best for making amala. Since yam is easily perishable, it is frequently dried and processed into flour. The flour can then be reconstituted with hot water to create a paste or gel known in Ghana and Togo as kokonte, and Nigeria as amala. Dry yam is used to make amala isu. When added to boiling water, this gives it a black or brownish colour. Amala is a significant source of carbohydrates and is particularly essential in West Africa’s yam zone.

Elubo ogede is a different variety of Amala that is often lighter in colour. Diabetes patients can use plantain flour because of its low carbohydrate content. Peeled, dried, and grated unripe plantains are cooked into a light-brown paste in boiling water.

FULL LIST OF TRUSTED AMALA JOINTS IN NIGERIA AND THEIR LOCATIONS

The following is a comprehensive list of all trusted amala joints in Nigeria and their locations in no particular order: