This is a full list of the top paramilitary agencies in Nigeria presently in this year 2023 as well as their functions or roles. In our country today, there are some top government security agencies that are not part of the armed forces but play vital roles in ensuring that law, order, peace and stability are maintained within our borders. Some of these agencies are collectively called the paramilitary, and their officers are purely civilians who have undergone some form of military training in order to do the job to the best of their abilities. 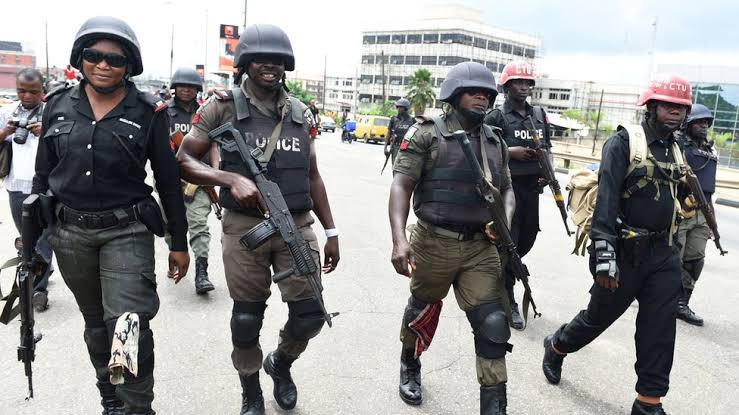 Paramilitary agencies in Nigeria therefore, are organized federal government armed security organizations that resemble the military in their chains of command, tactics, training, etc., but are not part of the armed forces (Army, Navy and Air Force) of the Federal Republic of Nigeria. They are semi-military organizations whose functions are to check crimes and criminal activities within the country and to carry out other assignments delegated to them by the President, and they may also assist the military if called upon to do so.

While we have established that paramilitary organizations are not part of the armed forces of Nigeria, they may function in certain capacities that empowers them to carry fire arms, arrest and prosecute offenders of the law and are very active in helping to quell civil unrest wherever they may occur in any part of the country. These various government agencies can be clearly distinguished from one another by their uniforms and ranks within their organizational set up. With that in mind, let us now see in detail what the major paramilitary organizations are in Nigeria and their duties.

FULL LIST OF TOP PARAMILITARY AGENCIES IN NIGERIA AND THEIR FUNCTIONS

In no particular order, this is a full list of all the top paramilitary agencies/forces in Nigeria this 2023 and their roles:

The Nigerian Police Force is the chief law enforcement agency in the country. Their primary function is to maintain law and order in the country and they are responsible for ensuring that the laws of the land are very well adhered to, while arresting and prosecuting offenders. The Nigerian Police Force is generally a paramilitary organization but within it is their Mobile Police (MOPOL) arm, which closely resembles the military and is tasked with containing civil unrest in the country. They are also known as the Riot Police. Their duties also involve containing large scale conflict and any other act of crime or violence which requires their attention. To get information about Nigeria Police Force Salary Structure, do kindly click the link provided.

The Nigeria Customs Service is another top paramilitary agency in the country that are mainly stationed at our land borders and international airports in order to keep smuggling activities in check and arrest offenders. This major paramilitary organization in Nigeria is responsible for the collection of customs revenue, facilitation of both national and international trade and as earlier mentioned, are largely involved in anti-smuggling activities.

The Nigeria Security and Civil Defence Corps (NSCDC) is a paramilitary agency in Nigeria that was established by Act 3 of 2003 with numerous security responsibilities. This Act was amended in year 2007, to further strengthen and empower the Corps for better service delivery. The Corps has carried out its activities in line with the provision of the Act and has over the period under review succeeded in making landmark achievements within the limit of available resources at its disposal.

Functions of the NSCDC include the following:

The Nigeria Immigration Service is in charge of coordinating the migration of people in and out of the country as well as issuing residence permits to foreigners. They also track, arrest and prosecute foreigners who enter the country illegally. The NIS is charged with the responsibility of issuing travel documents such as visa, international and regional passports, etc., to Nigerians who desire to travel out of the country and they are also into border surveillance.

The National Drug Law Enforcement Agency (NDLEA) is a federal paramilitary agency in Nigeria that is mandated to eliminate the growing, processing, manufacturing, selling, exporting, and trafficking of hard drugs. The agency was established by Decree No. 48 of January 1989 (now an Act of Parliament), and it traces its roots back to 1935 when the Dangerous Drugs Ordinance was enacted to control drug trafficking and abuse.

Functions of the NDLEA include the following:

The Federal Road Safety Corps is the paramilitary agency responsible for road safety administration in Nigeria. It was established in 1988, and it operates in all Nigeria’s 36 States, as well as the Federal Capital Territory. The FRSC is the leading agency in Nigeria on road safety administration and management. Its statutory functions include making the highways safe for motorists and other road users as well as checking road worthiness of vehicles, recommending works and infrastructures to eliminate or minimize accidents on the highways and educating motorists and members of the public on the importance of road discipline on the highways.

The Federal Fire Service originated in 1901 as a unit under the Nigerian Police Force. It is charged with the responsibility of mitigating fire outbreak and saving lives during any such outbreak. The Federal Fire Service was formerly known as The Police Brigade and part of their duties involves sensitizing and training the general public on fire fighting and fire outbreak prevention.