This article is about the full list of anti-human trafficking agencies in Nigeria currently in this year 2022. According to the United Nations Office on Drugs and Crime, Human Trafficking is the recruitment, transportation, transfer, harbouring or receipt of people through force, fraud or deception, with the aim of exploiting them for profit. Men, women and children of all ages and from all backgrounds can become victims of this crime, which occurs in every region of the world. The traffickers often use violence or fraudulent employment agencies and fake promises of education and job opportunities to trick and coerce their victims. 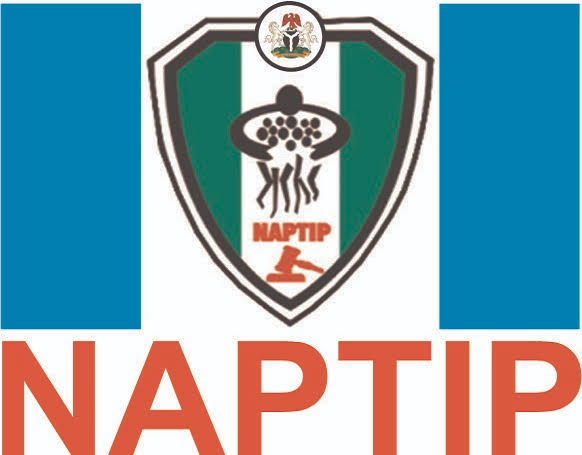 This is a major challenge in Nigeria where human trafficking has been on the rise for quite a number of years now. The good thing is that the Federal Government of Nigeria recognises this problem and has put in place several mechanisms to checkmate and outlaw this serious crime, chief of which is the Trafficking in Persons (Prohibition) Enforcement and Administration Act 2015. Because of the various means through which the crime of human trafficking is perpetrated in Nigeria, several agencies in the country have emerged to tackle this problem and nip it in the bud for good, and we shall be taking a look at all of them and what they are all about.

FULL LIST OF ALL ANTI-HUMAN TRAFFICKING AGENCIES IN NIGERIA 2022

The following is a complete list of all anti-human trafficking agencies in Nigeria this 2022 in no particular order:

NATIONAL AGENCY FOR THE PROHIBITION OF TRAFFICKING IN PERSONS (NAPTIP)

Nigeria became a signatory to the Transnational Organized Crime Convention and its Trafficking in Persons Protocol on December 13, 2000. Article 5 of the Trafficking Protocol enjoins States Parties to criminalize practices and conduct that subject human beings to all forms of exploitation which includes in the minimum sexual and labour exploitation.

The Trafficking in Persons Act 2003 was an outcome of a private member bill sponsored at the National Assembly by the Women Trafficking and Child Labour Eradication Foundation (WOTCLEF), a non-governmental organization founded by Mrs. Amina Titi Atiku Abubakar, the wife of the Vice-President of Nigeria at that time.

The Bill was passed by the National Assembly on July 7, 2003 and Presidential Assent given on July 14, 2003. The law which is operational throughout the country created NAPTIP as a specific multi-disciplinary crime-fighting Agency and the nation’s focal institution to fight the scourge of trafficking in persons in the country using the four pronged approach of Prevention, Protection, Prosecution and Partnership.

The Trafficking in Persons (Prohibition) Law Enforcement and Administration Act, 2003 went through an amendment in 2005 in a bid to further strengthen the Agency. However, in 2015, as a result of the new trends in the crime of trafficking in persons and the need to further strengthen the institutional framework, the Act was repealed and the Trafficking in Persons (Prohibition), Enforcement and Administration Act, 2015 was enacted. The new Act received Presidential assent on March 26, 2015.

The Nigeria Immigration Service (NIS) is a federal government agency that is saddled with the responsibility of managing the migration of people in the country, and by virtue of this, they also act as an anti-human trafficking agency, ensuring that they apply various techniques aimed at intercepting the illegal migration of people at the entry and exits points of the country. The Nigeria Immigration Service usually hands over victims and traffickers intercepted at entry and exit points to NAPTIP for further action, while the Nigerian Police Force on conclusion of investigation hand over case files and suspects for prosecution.

The Women Trafficking And Child Labour Eradication Foundation (WOTCLEF) is a non-governmental organization that was established by Mrs. Amina Titi Atiku Abubakar, wife of the former Vice President of the Federal Republic Of Nigeria, Alhaji Atiku Abubakar, in the year 1999. This agency is a humanitarian organization that is very well focused on the eradication of trafficking in persons, child labour and violent abuses of the rights of women and girls in the society. WOTCLEF is one of the most recognized anti-human trafficking agencies in Nigeria and Africa at large ever known to have carried out one of the most powerful advocacy campaigns to strengthen the fight against trafficking in persons and child labour in the country.

COALITION AGAINST HUMAN TRAFFICKING AND SEXUAL EXPLOITATION OF CHILDREN (CAHTSEC)

It also works for capacity building among government organizations, NGOs, and community based organizations (CBOs), establishing contacts and facilitating networking and linkage among individuals as well as organizations concerned in the issues of human trafficking, child slavery and sexual exploitation of women and children.

CAHTSEC works in conjunction with some local NGOs and CBOs at grassroots level willing to work in the same issue through dialogue, exchange meetings, border campaign, training/workshops, rallies and rehabilitation of victims and prosecution of offenders.

Founded and registered by Late Chief Olabisi Olateru-Olagbegi, as an incorporated Trustee on August 25, 1995 and with headquarters in Lagos, Nigeria, Women Consortium of Nigeria (WOCON) is a non-governmental, not for profit making, non-partisan and non-religious Organization committed to the enforcement of Women and children’s rights and the attainment of equality, development and peace. WOCON holds a United Nations Special Consultative Status.

WOCON’s activities over the years among other things have primarily focused on issues of gender based violence (GBV) especially campaigns against human trafficking of women, youth and children. WOCON pioneered the campaign against human trafficking in Nigeria on March 8, 1997 and in its sustained focus on the elimination of human trafficking, WOCON has taken its awareness campaigns and mobilization of strategic stakeholders in the source, transit and receiving communities to the rural areas particularly in endemic States of Edo, Ogun, Oyo, Ebonyi, Delta, Akwa Ibom and Lagos where majority of the victims trafficked within and across borders are sourced, transited and/or received.

WOCON is also involved in sensitizing and educating strategic stakeholders such as youth, students and vulnerable women and children on legal migration and settlement procedures. WOCON has published many books, pamphlets sensitization and enlightenment materials on Trafficking in Persons.

Pathfinders Justice Initiative, Inc. (PJI) is a leading international impact organization dedicated to the prevention of sex slavery/sexual violence and the liberation of enslaved women and girls through the direct eradication of root causes. By establishing best-practices in Nigeria for eradicating sex-trafficking which is a global hotspot for trafficking and transit, this anti-human trafficking agency has created a blueprint the world can use to eradicate sex-trafficking anywhere. Pathfinders Justice Initiative Inc. (PJI) was founded by Ms. R. Evon Benson-Idahosa, the eldest daughter of the legendary Archbishop Benson Idahosa of blessed memory.

The Edo State Taskforce Against Human Trafficking (ETAHT) was set up by the Edo State Government to stem the trend of human trafficking and irregular migration in the State and eliminate the associated stigma. This anti-human trafficking agency in Nigeria is passionate about ending the loss of precious human resources to modern day slavery.