The focus of this article is to provide our readers with the full list of all Yoruba speaking states in Nigeria. This will be very useful and will provide you with more information on what you already know as core Yoruba States in the federation. The Yoruba people are one of the major ethnic groups in Nigeria. They are mostly concentrated in the South-West geopolitical zone of the country and as a result of this, all the land in that area of the country is known as Yorubaland. It is here that you will find the majority of people who speak the Yoruba language as it is one of the most popular spoken languages in Nigeria. 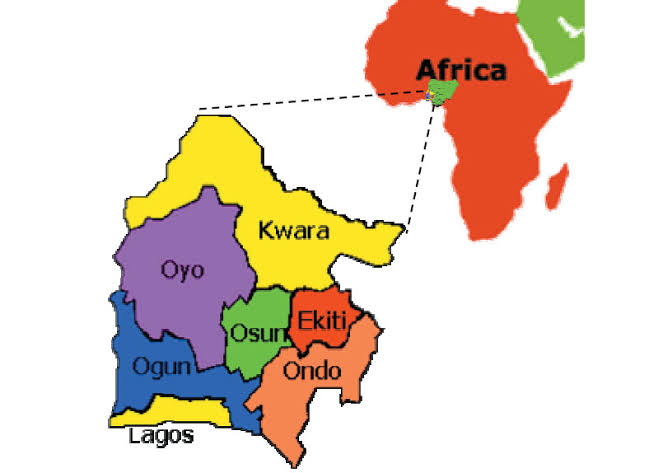 The following is the full list of all Yoruba Speaking States in Nigeria:

Lagos State is the most economically important state in Nigeria. The State is popularly known as Eko in Yoruba language and Lasgidi in the local parlance. Within the State lies the Lagos Metropolitan City situated on the Island of Lagos, the city is the second largest city in the whole of Africa, second only to Cairo, Egypt.

Lagos State is the richest state in Nigeria as well as the smallest state by land area in the country and it is home to the busiest air and seaports in Nigeria. In Lagos, you can find a large number of native yoruba speakers as well as people from other tribes who are very fluent in speaking the Yoruba language. Some notable places in Lagos State include its capital city Ikeja, Victoria Island, Lagos Island, Surulere, Ikorodu, Badagry, Epe, Ojo and Apapa.

Ogun State is one of the most industrialized states in Nigeria and it is home to a very large concentration of Yoruba people. The State is very famous for having a large number, if not the largest number of church camps and headquarters within it as well as some of the top federal, state and private universities in the country.

Within Ogun State is situated the Olumo rock, one of the major rocks in Nigeria and a great tourist attraction in the country. Notable places in Ogun State include its capital city Abeokuta, as well as Sagamu, Ijebu-Ode, Ijebu Imusin, Sagamu, Ijebu Igbo, Ogere Remo, Iperu, Ilisan Remo, Ikenne, Ilaro, Ayetoro, Agbado, Akute and Ota.

Oyo State is one of the Yoruba speaking states in Nigeria with a lot of history. At the height of its powers, the old Oyo empire spanned towards Benin Republic and Togo. There are still major Yoruba speakers in those countries till date.

Oyo State boasts of the first university in Nigeria, the University of Ibadan which was known as University College, an affiliate of the University of London prior to its name change. Some notable towns in Oyo State include Oyo town, Ogbomoso, Iseyin, kishi, Okeho, Saki, Eruwa, Iroko, Lanlate, Oje-Owode, Sepeteri, Ilora, Awe, Ilero, Igbeti, Igboho and Igbo-Ora and Ibadan its capital city and one of the major cities in Nigeria.

Osun State is a core Yoruba state and legend has it that its town of Ile-Ife is the birthplace of the Yoruba race and the cradle of Yoruba Civilization. According to legend, the state was where the godlike figure Oduduwa touched down when he came to create the earth and establish humanity. Oduduwa was the first Ooni of Ife and the ancestor to many Yoruba ruling houses.

Osun State also houses the Osun river, which is said to be a deity, a woman who was wronged and decided to turn into flowing waters. The Osun deity is worshipped by many Yorubas for protection and fertility. Notable towns in Osun State include Osogbo and Ile-Ife.

Ondo State is also one of the Yoruba Speaking States in the country. Its capital is Akure and it is known through its slogan as The Sunshine State. The state is home to the popular Idanre Hill which is a tourist destination in Nigeria. The state is also the largest producer of cocoa in the country. It is largely inhabited by Yoruba people with Ijaw people making up the minority ethnic group there. Ondo State is one of the Niger-Delta states. Popular towns in Ondo State include Okitipupa, Akure, Ilaje to mention but a few.

Ekiti State is a Yoruba speaking state which was created out of the old Ondo State in 1996. The town of Okemesi in the State is reputed to have produced over 30 professors and many pioneer academics also come from the state. Ekiti is home to Afe Babalola University (ABUAD) located in its capital city of Ado Ekiti and it is also home to the Ikogosi Warm spring. The State is also blessed with an abundance of mineral resources.

Kwara State is a Yoruba speaking state located in the western part of Nigeria which is part of the North-Central geopolitical zone of the country. Yoruba is the major ethnic group within the state with Nupe, Bariba, and Fulani ethnic groups as minorities. On February 13, 1976, the Idah/Dekina part of the state was carved out and merged with a part of the then Benue/Plateau State to form Benue state. The state is predominantly muslim and it is an agricultural state.

It will interest you to know that some parts of Edo State are well established native Yoruba settlements. The Akoko Edo Area of Edo State is predominantly Yoruba and those who occupy that area are bonafide indigenes of the State. Edo State is a Niger-Delta state as well as an oil producing state.

Kogi State is the last Yoruba speaking state on this list. While the Yoruba indigenes in the state do not make up the majority ethnic group there, they are recognized as bonafide sons and daughters of the soil. The area of Kogi State dominated by the Yorubas is the Okun part of the state.