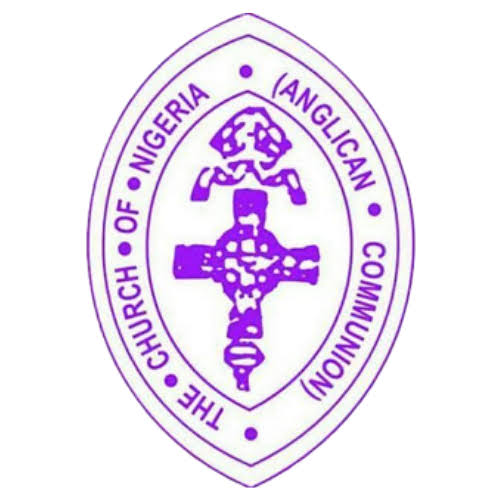 The story can be traced to 1906 when a conference of Bishops in Communion with the Anglican Church held in Lagos. The Rt. Rev. E.H. Elwin, then Bishop of Sierra Leone, presided at the meeting. The Rt. Rev. Herbert Tugwell (Bishop of Western Equatorial Africa) was there with four of his Assistant Bishops: Charles Phillips, Isaac Oluwole, James Johnson and N. Temple Hamlyn. It was there that the need for a Province of West Africa was first highlighted.

A second conference for the purpose came up again in Lagos in 1935. But it was the conference of 30th October – 3rd November 1944, also in Lagos, that made a clear headway on this matter, leading first to the inauguration of the Church of the Province of West Africa in Freetown, Sierra Leone. This was done on the 17th of April, 1951 by the then Archbishop of Canterbury, The Most Revd. Geoffrey Fisher. The Bishop of Lagos, The Rt. Revd. L.G. Vining was elected first Archbishop of the new Province comprising these five Dioceses: Sierra Leone (1852), Accra (1909), Lagos (1919), On the Niger (1920) and Gambia (1935).

These fourteen dioceses in Nigeria soon began to sense a growing need for contextualization of their Christian witness. The opportunity eventually came at an Episcopal Synod at Ado-Ekiti on the 31st of January, 1974. There they resolved to set in motion the process of becoming an autonomous Province within the Anglican Communion. This was closely followed by the Standing Committee of the Church of Province of West Africa, which gave it their blessing and referred it to the Synod, which held on the Campus of the University of Lagos on the 14th of August 1975 and passed the resolution that the machinery for the actualization of this desire be set in motion.

Known then as the Association of Anglican Dioceses in Nigeria (AADN), a Constitution Drafting Committee was set up under the Chairmanship of Sir Louis Mbanefo (of blessed memory). The Anglican Consultative Council meeting in Trinidad (23rd March – 2nd April 1976) considered the draft to be “in order” and adopted it as “Resolution 34 on the proposed Province of Nigeria”.

Finally, a meeting of the Standing Committee of the Province of West Africa held in Benin City on the 13th of August 1977, the resolution was adopted for the Church of the Province of Nigeria to be inaugurated in the month of February 1979.

With the election of The Rt. Revd. Timothy Omotayo Olufosoye, DD, the Bishop of Ibadan to take the lead, he was presented at the Cathedral Church of Christ, Marina as the Archbishop, Primate and Metropolitan of the Province, which was designated as “The Church of Nigeria, Anglican Communion”. The Church of Nigeria was inaugurated on St. Matthias Day, 24th February, 1979.

The following is a comprehensive list of all the Heads of the Anglican Church in Nigeria from inception to date:

He was consecrated the first African Bishop of the Diocese of Gambia and the Rio Pongas on October 10, 1965. He became Bishop of the diocese of Ibadan, in Nigeria, in 1971. With the creation of the Church of Nigeria as an autonomous province within the Anglican Communion, he was elected his first Archbishop, on 24 February 1979, a position he held until his retirement on December 1986.

Most Rev’d Joseph Abiodun Adetiloye is the second Primate of All Nigeria (Anglican Communion). He was ordained a Deacon at the end of 1953 at the Cathedral Church of Christ, Lagos, by the first Archbishop of West Africa, Leslie Vining. He was a Curate (Assisting Priest) at St. Peter’s Church, in Ake, Abeokuta in 1954, and later was a chaplain to Archbishop Vining and afterwards to Archbishop Howells. On August 1970, he was elected and nominated bishop of the Diocese of Ekiti, latter being transferred to the Diocese of Lagos, of which he was Bishop from 1985 – 1999.

He was enthroned as the second Primate of the Church of Nigeria on 26 December 1986, the following day to his 57th birthday, at the Cathedral Church of Lagos, by his predecessor, Archbishop Timothy O. Olufosoye.

The third Primate of All Nigeria (Anglican Communion) was Most Rev’d Peter Jasper Akinola. He was born in 1944 to a Yoruba family in Abeokuta in southwestern Nigeria, and ordained in Akinola was also the former Bishop of Abuja (Nigeria’s capital) and Archbishop of Province III, which covered the northern and central parts of the country. When the division into ecclesiastical provinces was adopted in 2002, he became the first Archbishop of Abuja Province, a position he held until 2010. On 15 September 2009, Archbishop Nicholas Okoh, aged 57 years old, of Bendel Province, was elected the Primate of Church of Nigeria at the conference of the House of Bishops in Umuahia. He succeeded Akinola on 25 March 2010.

Okoh was born on 10 November 1952, at Owa-Alero in Delta State, and was ordained as Deacon in July 1979. He was ordained a Priest in July 1980 and continued his studies at the University of Ibadan, from 1979 – 1982, receiving a B.A., and later from 1984 – 1985, obtaining his M.A. degree. He became a Canon in 1987 and an Archdeacon in April 1991. He was consecrated as the Second Bishop of the Diocese of Asaba in May 2001 and was later elected the Archbishop of the Ecclesiastical Province of Bendel on 22 July 2005 following the death of Archbishop Albert Agbaje.

He was elected Primate of All Nigeria on September 15, 2009, having worked with the previous Primate, the Most Reverend Peter Akinola for a couple of transition months. He was installed as Primate on March 25, 2010. He retired on 25 March, 2020. He has been married to Nkasiobi Amaechi since 1986 and they have five children.

The Most Rev’d Henry Chukwudum Ndukuba was born on the 18th July 1961, to Mr. and Mrs. Silas O. Ndukuba of Ogberuru in Orlu Local Government Area of Imo State. He attended Bishop Shanahan College, Orlu and had his WASC in 1978. While in secondary school he gave his life to Christ as a teenager in 1977 and this meant a very new beginning for him. He worked in Kano State Library, Ministry of Education 1979 – 1980. He received the call into the ministry of the gospel in Kano and was subsequently sent to the Theological College of Northern Nigeria (TCNN) Bukuru 1980 – 1984 and obtained B.D Degree in 1984. He did his NYSC in Kano State between 1984 – 1985. He was ordained into the Holy Order Diaconate 1984, and Priesthood 1985.

He served in St. George’s Anglican Church Borupai Kano till he was sent to teach in St. Francis of Assisi Theological College, Wusasa Zaria in 1985. He served in many capacities and headed the College as the acting Dean. In July 1996, he was moved back to be the Archdeacon of Kano and help stabilize the Diocese of Kano after some turbulent period. His zeal for the Lord and love for mission was evident. In July 1999 he was requested to return as Dean of St. Francis College, Wusasa but by September 1999 he was elected the Bishop of Gombe.

Nineteen years after, he was elected Archbishop of Jos Ecclesiastical Province and presented on January 12, 2018, and on 24th September 2019, elected by the Episcopal Synod as Primate of the Church of Nigeria (Anglican Communion), and installed on 25th March 2020, a position which he holds till date.