In this article, we list all the major seaports in Nigeria this 2023 and give their locations as well. Seaports are large maritime facilities which are built very close to the sea where ships dock to load and discharge goods (cargo) and passengers. In our country, seaports are majorly operated for the purposes of importing and exporting goods. They are the point of entry or exit of different types of goods. 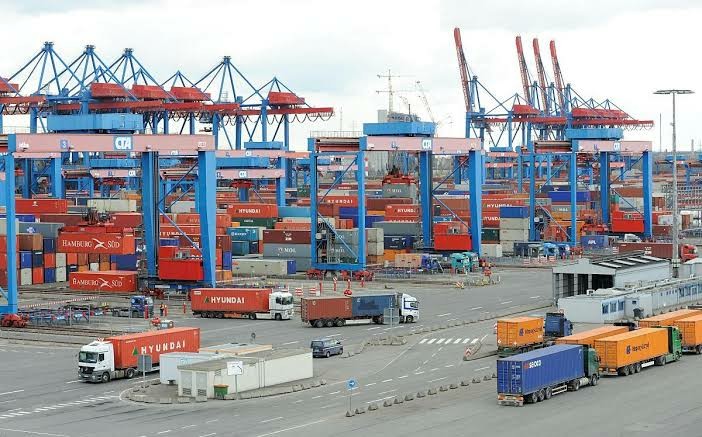 Every seaport in the country is operated and managed by the Nigerian Ports Authority (NPA) which is headquartered at Marina, CMS, Lagos Island, Lagos State, and the NPA was established in 1954 by the Federal Government for the purposes of overseeing the activities of the different maritime facilities that contribute to huge revenue generation in the country.

The major seaports in Nigeria are listed as follows:

From the list, it is very obvious that all six major seaports in the country are situated in the southern part of Nigeria. This is because the Atlantic Ocean spans these areas and as such, the citing of these maritime facilities in the south-west and south-south geopolitical zone in the country. The northern part of the country cannot access the Atlantic Ocean that is why no port is cited there. Another seaport, the Lekki Deep Seaport is expected to be completed in Lagos in a matter of years.

There are calls for the Federal Government to build a major seaport in the eastern part of the country, particularly at Onitsha that is the entry point to the east and is blessed with the River Niger, which is a major river as well as the longest river in Nigeria but so far, nothing has been done to that effect but it is being hoped that this will happen sooner or later. Having said that, let us look at all major seaports in the country in detail.

FULL LIST OF ALL MAJOR SEAPORTS IN NIGERIA AND THEIR LOCATIONS

Below are listed the six (6) major seaports we have in Nigeria this 2023:

The Lagos Port Complex is located in Apapa and it is known by Lagosians as “Apapa Wharf”. This large maritime facility which sits on 200 hectares of land was established in 1914 and it is the largest and busiest sea port in Nigeria. The facility comprises of 19 berths for general cargo, 2 berths for bulk cargo, 6 berths for container handling and 1 berth for Roll-on-Roll-Off operations.

The port also has within it, a bulk wheat grain silo with a storage capacity of 76,600 tonnes. It also comprises of 2 Logistics bases: Eko Support Services Limited and Lagos Deep Offshore Logistics (LADOL) as well as 8 jetties.

Tin Can Island Port is the second largest and busiest seaport in Nigeria and it is also located in Apapa, the port city of Lagos State. Its pre-concessioning was effective until 1975 when the country experienced increase in the economic activities during the oil boom coupled with the post-civil war reconstruction.

This led to high volume of import and export that resulted to serious Port congestion. The resultant effect created a situation where it became necessary for the government to initiate an actual means of decongesting the Port; by constructing a new Port on Tin Can Island.

In 1976, the construction of the new Port started and was commissioned on 14th October, 1977 and christened Tin Can Island Port, with the capacity of handling 10-16 vessels at a time with the main port complex occupying a total area of 73 hectres.

Tin Can Island Port Complex today is an amalgam of what used to be Roro and Tin Can Island Ports. This merger came with the concessioning of the terminals to five (5) Terminal Operator with different concessioning agreements, in May, 2006 after Nigerian Port Authority adopted the Land Lord model as the preferred option by the Federal Government. But the various departments and their personnel were merged in September, 2006.

Private Terminal Operators took over on the 10th of May, 2006 for Terminal A, C and D while Terminal B was handed over on the 1st of June, 2006. Port and Terminal Multiservices Limited (PTML), which is a BOT, commenced operation in September, 2006 and there have been marked improvements in turnaround time and berth occupancy.

The Calabar Port is located in Calabar, the Cross River State capital. Historically, Calabar port served as an important focus of trade with the outside world for the Eastern States and a natural harbour for the Northern States of Nigeria right from the pre-colonial and colonial times.

The Old Port was privately administered and operated by various shipping companies until December 1969 when the Federal Government took over the inadequate Calabar Port facilities from its former operators and vested it on the Nigerian Port Authority (NPA).

The development, modernization and expansion of the Calabar port was embarked upon under the 3rd National Development Plan of 1975 – 1980 in order to upgrade the port facility to cope with the ever increasing demand of our economy. The new port complex was commissioned on June 9, 1979 and lies 45 nautical mile (about 84km) upstream from Fairway Buoy.

The Rivers Port Complex is located in the south-southern part of the country, Rivers State precisely and it is made up of the Port of Port Harcourt and Okrika Refined Petroleum Oil Jetty, Haastrup/Eagle Bulk Cement Jetty, Ibeto Jetty, Kidney Island Jetty, Macobar Jetty and Bitumen Jetty.

Presently, there are two private port terminal operators at the Rivers Port Complex and they are: Ports and Terminal Operators and BUA Ports and Terminal. Like all other major seaports in the country, the activities of this port which is situated in Rivers State, one of the oil producing states in Nigeria, is overseen by the NPA.

Onne Port Complex situated on the Bonny River Estuary along Ogu Creek is the first port of its kind in Nigeria that operated the Landlord Port Model devised to encourage private sector participation in the Port Industry.

Strategically located, the Port is one of the largest Oil and Gas Free Zone in the world supporting exploration and production for Nigerian activities. The Free Zone provides a logistics Oil Service centre for the Oil and Gas Industry in Nigeria both Onshore and Offshore. It also provides easy access to the entire West African and Sub-Sahara Oil fields.

The Port accounts for over 65 per cent of the export cargo through the Nigerian Sea Port. There are multiple operations that are carried out in the Port in addition to the Oil and Gas operations. Some of such multiple operations are General Cargoes, Bulk Cargoes (Dry & Wet), Oil Well Equipment, Containerized Cargoes and other Logistics Services provided to companies that are customers and tenants. Hence the Port is a multi-purpose Cargo Port.

The Port is highly industrialized with modern facilities and equipment that can stand the test of time. There is also adequate land available for development to all customers and prospective investors who desire to partner with the Port in the Maritime Business. The Port covers an area of 2,538.115 hectares.

Onne Port has one of the biggest harbour mobile cranes in Africa (Liebherr 600) with a lifting capacity of 208 metric tons and 220 Gmk5220 grove twin cranes that has capacity of lifting single heavy cargo of 300 tons owned by one of the Terminal Operators in the Port.

As the name implies, Delta Port is located in Warri, Delta State, one of the Niger-Delta States in the country and it is a very important seaport in Nigeria serving other States such as Anambra, Imo, Enugu, Edo, Kogi, Ondo, Benue as well as Delta itself. The facility includes the ports of Warri, Sapele, Burutu and the petroleum terminals at Escravos and Forcados.