This article is a compilation of the full list of all forest reserves in Nigeria and their locations. A forest reserve is a large area filled with trees that is protected by the government as a result of its significance to the plant and animal life situated within this geographical area. Forest reserves are maintained for conservation purposes and they offer special opportunities for study or research, and they are not to be confused for the major vegetation of a particular area. 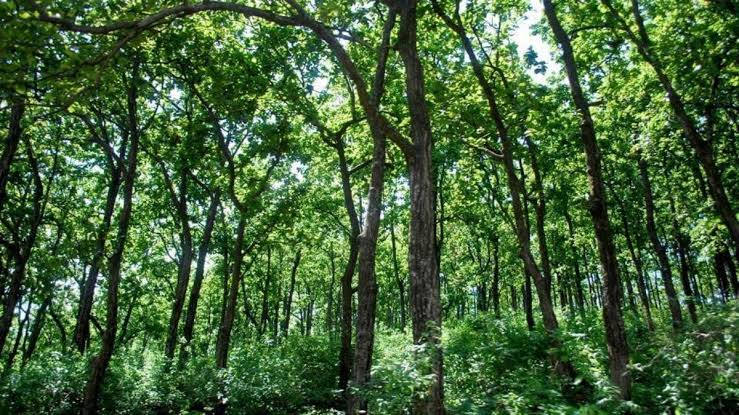 In Nigeria today, there are quite a number of forest reserves that are very significant to the government and it is prohibited to fell trees in these areas or hunt down animals as this will pose a significant threat to the ecosystem, causing adverse effects to the environment in general. The leading forest reserves in the country are 10 in number and we shall discuss about them in detail as we proceed in the course of this article. Kindly read along.

FULL LIST OF ALL FOREST RESERVES IN NIGERIA AND THEIR LOCATIONS

The following are the 10 leading forest reserves in Nigeria this 2023 and their locations in no particular order:

The Afi River forest reserve is endowed with the Guinea-Congo lowland rainforest vegetation and it is very important for production forestry, tourism development and wildlife conservation. There is also cultivation of cash crops in parts of the reserve, including bananas, cocoa, kolanut and cocoyam which is the main staple of the area, as well as cassava and yam which are also grown but, because of low fertility, after about three years the land is abandoned to fallow for up to 15 years. The average annual rainfall at this large forest reserve in Nigeria varies between 2,000 mm – 2,500 mm, with the dry season lasting from November to February.

The Akure Forest Reserve is a government protected forested area located in Akure, the Capital City of Ondo State, one of the Yoruba Speaking States in the South-Western part of the country. This particular land area has been marked for protection by the government because of the indiscriminate deforestation that took place here in the past which has had a huge negative impact on the environment.

The Edumanom Forest Reserve is a located in the Niger-Delta Area of the country. This forest reserve area overlaps both Ogbia and Nembe Local Government Areas in Bayelsa State and includes patches of forests used by the Emago-Kugbo community in Rivers State. The forest reserve sits on a our about 87 square kilometres of mostly swamp forests containing relict populations of Nigerian-Cameroon chimpanzee, sclater’s guenon amongst other important primates species.

Idanre Forest Reserve is located in Idanre local government area of Ondo, in the South-Western part of the country. This International Union for Conservation of Nature designated nature reserve covers 561 square kilometres, it is a lowland rainforest with an altitude of 10 to 400 metres.

Ngel Nyaki Forest Reserve is located in Taraba State, one of the northern States in Nigeria, approximately 50 kilometres north of the border from Cameroon. This reserve is home to a population of the rare and endangered Nigeria-Cameroon chimpanzee. The estimated chimpanzee population in this forest reserve comprises a single interbreeding community of 11-13 adults. Other primates found in this forest reserve include the putty-nosed monkey and mona. Birds such as turacos, the Cameroon olive-pigeon, double-toothed barbet and green bulbul are common.

Freshwater crayfish belonging to the genus Astacopsis are abundant in the forested streams. Ngel Nyaki has been classified as an Important Bird Area by Birdlife; International species of interest include the IUCN vulnerable Bannerman’s weaver and the near threatened Crossley’s ground-thrush. 158 bird species were recorded on the Mambilla Plateau between November 13 – December 22, 2003 by Tony Disley, many of them were within Ngel Nyaki Forest Reserve.

The Oba Hills forest reserve is situated in Osun State, and it spans a total land area of over 52 square kilometres. This reserve is home to endangered chimpanzee species, and some reports suggest that the chimps might be extinct or near extinct. A 2009 report stated that almost all of the reserve had been converted to plantations and farms, with only two gullies remaining forest-covered. This reserve is located at an elevation of 253 metres above sea level.

The Okomu Forest Reserve is a forest block that spans an area of 1081 square kilometres in Edo State, about 50 kilometres west of Benin City, the Capital of the State, making it one of the biggest forest reserves in Nigeria. The Okomu National Park lies within the reserve and it holds a small part of the forests that once covered the region. It is the last habitat for many endangered species. There are over 200 species of birds in this large forest reserve which is a choice destination for ecotourism.

Ise forest reserve is a small reserve of about 46 Square kilometres located in Ekiti State, in the South-Western part of the country. This forest reserve is bordered by the Ogbesse River and the Ondo-Ekiti boundary along its western limits. The Ise forest reserve is considered an important priority area for Nigerian-Cameroon chimpanzee conservation in South-Western Nigeria, although, the reserve is threatened by excessive logging and land clearing for illegal marijuana plantations. Irrespective of this, it is still very significant for the conservation of wildlife and most especially for the sustenance of ecological services in this region.

The Okeluse Forest Reserve is a reserve that is located in Ondo State. The estimated terrain elevation of this reserve above sea level is 68 metres and it covers 144 square kilometres of total land area. Just like many other forest reserves in Nigeria, the Okeluse forest reserve is home to many animal endangered species.