Keshinro Ololade, popularly known as Lil Kesh is a singer, song writer, rapper, recording artiste, stage performer and entertainer. He is one of the most popular musicians in Nigeria and has a very wide following among the youths in the country. 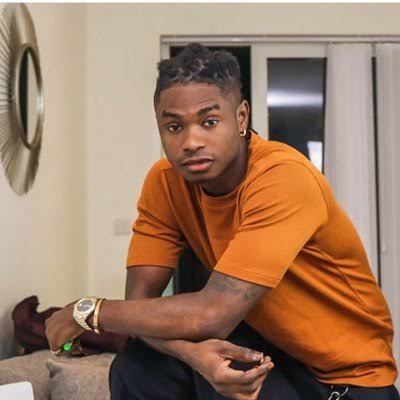 Prior to the release of the song Shoki, which is one of his biggest hits to date, his song, Lyrically, made waves all round the country and was hugely popular in Nigerian Universities. He is the owner of the record label, YAGI, an acronym for “Young and Getting It”. He is also affiliated to YBNL (Yahoo Boy No Laptop) Records owned by fellow music star, Olamide.

Lil Kesh was born on March 14, 1995 in Bariga, Lagos State to Mr. and Mrs. Ololade. He is of Yoruba origins and he describes himself as “a street boy who knows what the people from the streets want to listen to”. This was in defence of his style of music which many Nigerians have criticized in the past due to his use of vulgar language to pass his message.

After completing his primary and secondary school education, he proceeded to the University of Lagos to study Linguistics but he dropped out of school to pursue his career in music and has not looked back ever since.

In 2012, Lil Kesh began his music career in his neighbourhood in Bariga, Lagos, when he would occasionally show off his rapping talent among his colleagues.

He grew steadily in music, later taking it seriously to blossom into the music star that he is today. His style of music leans towards the Afropop, Hip hop and Dance hall genres. He has since been compared to Olamide, his colleague and mentor in the business.

Lil Kesh became the darling of many Nigerian music lovers when he released the song “Shoki” which proved to be a hit and was a regular at the MTV music charts.

In 2015, Lil Kesh signed a record deal with YBNL Nation Record label, where he became hugely famous among millions of Nigerian fans. “Shoki” was made popular by a dance style of similar name which was received positively by many.

Lil Kesh sings and raps mostly in Yoruba. He has songs in English and Nigerian Pidgin as well. Over the course of his music career, he has performed with the likes of Iyanya, Phyno, Cynthia Morgan, Davido, Patoranking, Olamide, to mention but a few.

Over the course of his career, Lil Kesh has been nominated and awarded as follows:

This 2023, Lil Kesh is worth $1.5 million. His primary source of income being music. He reportedly owns a Range Rover car, and he resides in Lekki, Lagos Nigeria.

SONGS BY THE ARTISTE

Songs by Lil Kesh include the following: