Olamilekan Moshood Agbeleshe, popularly known by his nickname, Laycon is a Nigerian singer, songwriter, rapper, recording artist, stage performer and the winner of season 5 of the Big Brother Naija Reality (BBNaija) TV show titled the Lockdown Edition. He is also a youth ambassador of Ogun State. 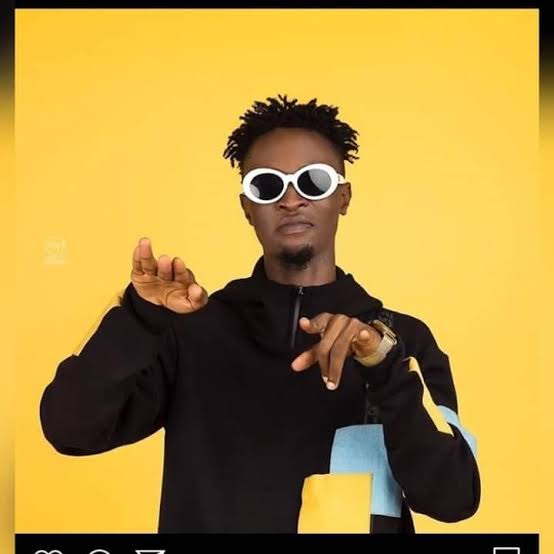 Laycon was born on November 8, 1993 in Lagos State, one of the richest States in Nigeria, where he completed both his primary and secondary school education. He is an indigene of Bajuwen, Odeda, Ogun State. After obtaining his Senior Secondary School Certificate, Laycon proceeded to the University of Lagos in 2012 to study Philosophy, where he graduated in 2016 with second class honours, upper division.

Laycon’s work experience began when he became an intern at Latjum Global Nigeria Limited during his undergraduate days at the University of Lagos. At that time, he was the personal assistant to the MD/CEO of the company. He later joined Bestman Games, Ikoyi, Lagos where he worked at the sales department as a business development personnel after he graduated from UNILAG.

Two months later, Laycon was appointed the Personal Assistant to the Assistant Director of Welfare in Administration and Human Resources, Lagos State Ministry of Information and Strategy, combining his role at the ministry with freelance writing for different companies and establishments during that period. On October 6, 2020, Laycon was appointed the Youth Ambassador of Ogun State by the Governor of the State, Dapo Abiodun.

Laycon’s music career commenced at a tender age, when he began rapping and writing songs. His talents didn’t go unnoticed as in the year 2014, he was among the ten music artistes that performed at the 2014 Coke Studio University of Lagos event. Laycon was also one of the top ten finalists of the MTV Base LSB challenge in 2017.

As a professional rapper, he is contracted to Fierce Nation record label. This deal was struck in 2019. Some of the songs he has released in that time frame include “Fierce” with Chinko Ekun and Reminisce from his second EP “Who Is Laycon?” (2019) and “Senseless” which was dropped on 28 August 2020.

On July 19, 2020, Laycon entered the Big Brother Naija (BBNaija) Reality TV show, titled the Lockdown Edition as the 19th contestant and it didn’t take him long to find his feet around his new surroundings in the BBNaija house, establishing himself as a fan favorite almost instantly due to his intellectual ability and the way in which he was quick enough to bond and socialize with other housemates with ease.

During his time in the BBNaija house, he became the first housemate of the Lockdown Season to be verified on Instagram, effective on July 22, 2020. He also broke the record of becoming the first BBNaija housemate in the history of the reality TV show to reach 1 million followers on Instagram while still in the house on September 19, 2020.

On September 27, 2020, Laycon was declared winner of the BBNaija Season 5 after scoring 60% of the total votes cast, a record for any winner, and went home with the ultimate prize of ₦85 million.

Laycon is currently unmarried and we cannot at this time determine if he is in a relationship or not due to the fact that little is known of his private life. However, during his stay at the BBNaija house, he developed a huge crush for one of the housemates, Erica, who wasn’t in anyway into him as she preferred another male housemate, Kiddwaya.

Laycon also had a strong friendship with another female housemate, Nengi, who was his dance partner from the beginning of the show till the end. As dance partners, there were no limits or restrictions to what was acceptable as “coming too close” but the general perception of their friendship is strictly what it is, just friends with nothing serious going on.

Currently, in this 2023, Laycon’s net worth is over ₦150 million, having won the ₦85 million grand prize at the BBNaija lockdown season and improving on that with incomes from his music career and other endorsement deals. He is one of the most influential BBNaija housemates ever and his net worth is expected to rise significantly in the coming years.