Joseph Akinfenwa Donus, popularly known by his stage name Joeboy, is a Nigerian singer, songwriter, entertainer, stage performer and recording artiste. He is one of the fast rising musicians in Nigeria currently and he is a major Afro pop and R&B music genre. 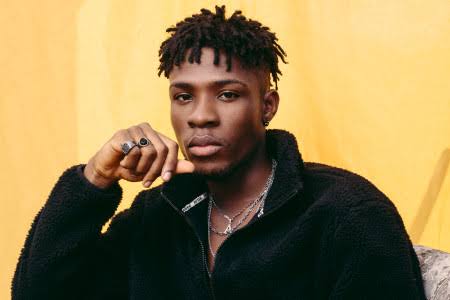 Born on May 21, 1997 in Lagos State, Nigeria, the majority of his life has been spent in Lagos where he found his love for music at the age of 16, having grown up in a musical home, his elder brother being a chorister and his father, a pianist at the church where they worshipped. His biggest inspiration in music are 9ice and ID Cabasa, two top music artistes in Nigeria who he spent much of his time with in the studio while learning his trade.

He completed his primary and secondary education in Lagos and proceeded to the University of Lagos, Akoka, where he obtained a bachelor’s degree in Human Resources. In 2019 Joeboy’s song Baby reached the top 10 on Apple Music’s charts in Nigeria, Uganda and Kenya, and he is expected to continue to be on the rise.

At age 17, Joeboy recorded his first single titled Gbeseyin, an afrobeat song. In 2017, he released a cover of Ed Sheeran’s Shape of You which received good reviews within Nigeria and outside the shores of our Land. It was this cover that made people take notice of him as the new kid on the block in the Nigerian music industry, and before long, he caught the attention of Mr Eazi.

Mr Eazi created a talent incubator for up coming African music artistes known as emPawa Africa, a full-service company offering marketing, distribution, publishing, label and management services which equips African artists with the tools, knowledge, network and investment to grow and export their music from Africa to the world, also launching #emPawa100, a funding and mentorship programme, and encouraged Joeboy to sign up.

Joeboy signed up and became one of 10,000 applicants from 14 countries and just by registering to be part of the programme, he was the first of 100 recipients to earn a share of a $3,000 grant aimed at helping a new generation of African artistes find mainstream success. He used his $3,000 to make his music video Faaji and within a month, he became one of 10 acts selected for a mentorship boot camp in South Africa, and one of two artistes given an additional $50,000 in funding.

Before entering #emPawa100, Joeboy had only sung in social media clips, despite growing up in a musical family and after the programme, he became a totally different person musically. This has helped to shape his music career for the better.

In March 2019, Joeboy released the hit track Baby, a love song which reached the top 10 of Apple Music’s charts in Nigeria, Uganda and Kenya. Another hit single, Beginning, was released as a follow up to “Baby” and it was featured by Beats 1 host Ebro on his discovered segment. The song hit number one on Apple Music in Nigeria and Uganda.

On November 8, 2019, Joeboy released the album, Love & Light, which is composed of five songs. The album was produced under the music record label, Banku Music, under the exclusive licence to emPawa Africa Limited.

Joeboy is currently worth an estimated $2 million this 2023, and his wealth comes from his music album sales, shows as well as endorsement deals.

Other awards and nominations include: