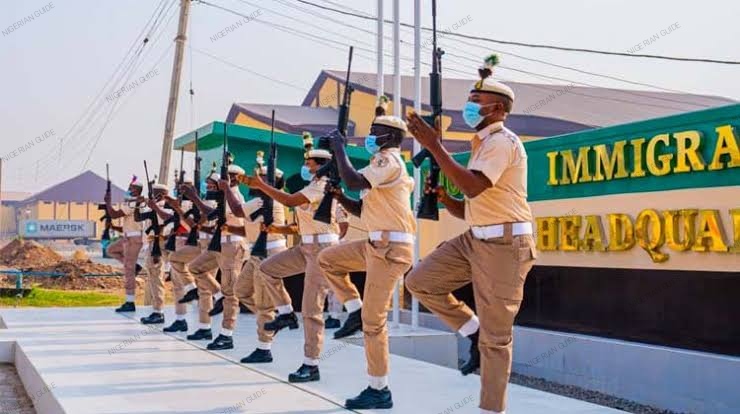 We will go over each of the highest-paid paramilitary security agency in Nigeria today in order to provide you with the information you need to know about which paramilitary outfits in the country outperform the rest in terms of monthly remuneration. Paramilitary agencies in Nigeria are federal government parastatals that assist the military in carrying out security activities for the country’s well-being. They too wear uniforms and have officers on staff, but they are not the military and cannot be called upon to safeguard the country’s territorial integrity.

The name “paramilitary” comes from the fact that, while they are similar to the military in some parts of their training, they cannot be categorized as such, hence the term “paramilitary,” given that many of the officers who make up these security organizations are civilians. Now that we’ve established that, let’s look at which paramilitary agencies in Nigeria are currently the most paid.

The following are the highest and best paid paramilitary agencies in Nigeria this 2022:

The Nigeria Customs Service (NCS) is the country’s second-highest-paid paramilitary unit. This Nigerian government security agency is in charge of inspecting products entering and leaving the country in order to prevent the import and export of illegal commodities and to ensure that all goods and services entering the country are legal, keeping a watchful eye on our frontiers. In the course of their duties, they may be deployed with other security services to give support and assistance. To summarize, this federal government security agency is responsible for protecting the country’s borders in order to prevent unlawful smuggling.

The National Drug Law Enforcement Agency (NDLEA) is the paramilitary organization in Nigeria that was established to curb unlawful drug dealing and utilization in the country. The agency was founded in 1989 by Decree No. 48. International airports, seaports, and border crossings all have NDLEA presence in order to curtail the illegal smuggling of drugs in and out of the country. The NDLEA also targets leaders of drugs and money laundering organizations, and they are currently ranked as one of the highest paid paramilitary agencies in Nigeria today.

The Federal Road Safety Commission (FRSC) is also one of Nigeria’s highest-paid paramilitary organizations. This federal government parastatal was established in 1988 to safeguard the safety and security of the nation’s highways. The agency, which has branches in all 36 States of Nigeria, is in charge of enforcing traffic laws on motorists and other road users. The FRSC is also responsible for the safety of road users, particularly on Nigeria’s federal roads, and does so through evaluating road infrastructure to ensure vehicle safety, which lowers motor accidents.

The Nigerian Police Force makes this list and although many people may find it rather strange that they are one of the highest paramilitary agencies in Nigeria, they actually are but are not paid as much as those higher up in this list and more needs to be done to cater for the needs of the officers and men of the NPF. As we are all well aware, the Nigerian Police Force is the preeminent paramilitary force in Nigeria that is in charge of maintaining law and order in our society. They are authorized by law to arrest criminals, put down riots, quiet civil unrest and conflicts, and resolve citizen disputes, among other things.

The Nigeria Security and Civil Defence Corps (NSCDC), sometimes known as the Civil Defence Corps, is a key government security body in Nigeria tasked with protecting the country and its population from threats and disasters. The lay Act No. 2 of 2003, as revised by Act 6 of 4 June 2007, gives legal authority to this paramilitary security group. They rank today as one of the best paid paramilitary outfits in Nigeria.

In 1861, the Nigerian Correctional Service (NCoS), popularly known as the Nigerian Prison Services, was founded. It is one of Nigeria’s highest-paid paramilitary organizations. They are responsible for the welfare and custody of detained persons who have been punished in a court of law for one or more offenses.

The Federal Fire Service is the last but certainly not least on our list of Nigeria’s highest-paid paramilitary services. The federally funded institution, formerly known as the Police Brigade, was established in 1901 as a unit of the Police Force. Their primary mission is to extinguish fires, thereby saving lives and property. The Federal Fire Service is also responsible for educating the public on fire safety, firefighting, and prevention, among other things.