This article is about the biography and net worth of Harrison Tare Okiri, popularly known as Harrysong this 2023. Harrysong is a singer, songwriter and instrumentalist who hails from Warri in Delta State, one of the oil producing States in Nigeria. He was associated with popular Nigerian music record Label, Five Star music owned by E-money, where he performed alongside top musicians and recording artistes such as Kcee and Skiibii until he left the group to advance his musical career individually. 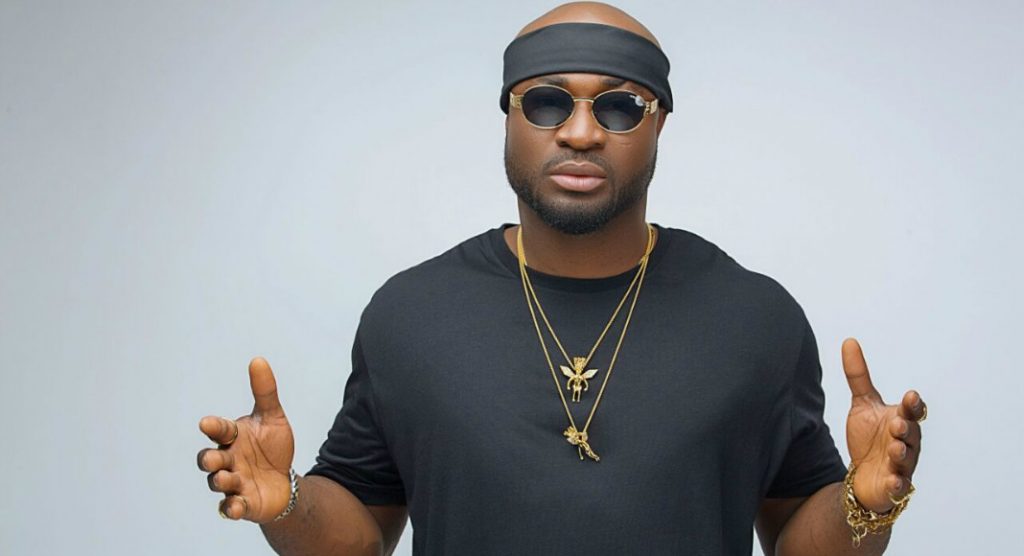 Harrysong is very popular for the release of his tribute track to Nelson Mandela, following the death of the African Icon, which became very widely downloaded in Nigeria. This song became a feature in the MTN “callertunez” list and it won him the Most Downloaded Caller tune Award at The Headies Awards 2013 organized by Hip TV, a popular music television station in the country.

Harrysong was born in Warri, Delta State, on March 30, 1981, an only child to parents of Ijaw descent. His early years were spent in the Niger-Delta cities of Warri and Port Harcourt, both in the South-South geopolitical zone of Nigeria. Following the death of his mother, his relationship with his stepmother became estranged and this became a huge contributing factor that led to his dropping out of school at a tender age.

His love for music grew when his family settled in Port Harcourt, and at the tender age of eleven, his music career started to form. He became an active member of the church which his mother served in as a music director. It was at this church that he learnt to play the conga after which he went on to learn contemporary gospel music.

In 2007, Harrysong’s family moved to Lagos State, the richest State in Nigeria, which also doubles as the most Populated State in the country where he continued to hone his skills in music. In Lagos, he sang at night clubs, performing as the lead singer of a live band. This he continued to do, until he met Kingsley Chinweike Okonkwo, popularly known as Kcee, who introduced him to Five Star music which he eventually signed for.

After signing for the record label, he released the singles I’m In Love and Taiye & Kehinde which shot him to the limelight in the Nigerian music and entertainment industry. The music videos of both songs were ranked among the best produced at that time, topping major music video charts in the process. This spurred him on to do even greater things.

In 2012, Harrysong, through QuestionMark Entertainment released his debut album titled Testify and two years later, he was nominated by Nigeria Entertainment Awards for Best Pop/R&B Artiste of the Year in 2014. This nomination came after the release of one of his hit singles titled Better Pikin in the said year.

Some of the songs credited to Harrysong include the following:

Harrysong is the father of twins, a boy and a girl. They were both born in Beverly Hills, California, in the United States when his then girlfriend, now wife put to bed on June 22, 2017. Harrysong named the boy Perez and the girl Tare. He is currently married to the mother of his twins, Alexer Perez Gopa, and their wedding was held in Warri on March 27, 2021.

Below are a rundown of the awards and nominations credited to Harrysong:

This 2023, Harrysong is currently worth $1.6 million, which is equivalent to ₦800 million in our local Nigerian currency. He is one of Nigeria’s most talented singers and he has sold a lot of records in his music career.

It has been widely reported in the media space that Harrysong owns a mansion in Lekki Lagos State, Nigeria. The mansion comes after suffering accommodation problems in the past and promising to buy one for himself as soon as the money and fame comes. He is the proud owner of a bullet-proof Mercedes Benz S Class worth ₦90 million, which is just one of the many in his fleet of cars. It was widely publicised that upon signing for Five Star music, he was given a 2013 Toyota Camry and a duplex by E-money.

The Reggae Blues crooner also owns a Hummer H2 jeep worth over ₦15 million which he acquired in 2014. In addition to that, he owns a white 2013 supercharge Range Rover worth ₦10 million, a Black 2013 BMW X6 worth ₦15 million, and a Bentley GT Continental.

Harrysong left Five Star music in November 2016 under challenging circumstances when he had a widely publicized feud with the top management of Five star music. He claimed to have written all the hit songs for the label and the label’s principal artiste, Kcee, but was underappreciated for his efforts.

After leaving the music company, the battle between him and his former benefactors reached boiling point when he was arrested on January 27, 2017 over charges of fraud and breach in contract agreement, claiming that he was still under contract when he left the company.

As of 2023, the situation appears to have been cleared and the aggrieved parties have ironed out their differences. Harrysong has since founded Alterplate, his own music platform, but still helps out Five Star music in any way he can.