Ever wondered how many zoos there are in Nigeria? That is what this article is all about as we shall give a full list of all zoos in Nigeria and their locations. This will help anyone who is looking for where to find zoos and wildlife conservation centres in the country with the information they need about how to locate these game reserves in order to appreciate nature. There are diverse species of wildlife in Nigeria today and seeing them first hand where they are conserved and taken very good care of would make for some beautiful sight seeing. 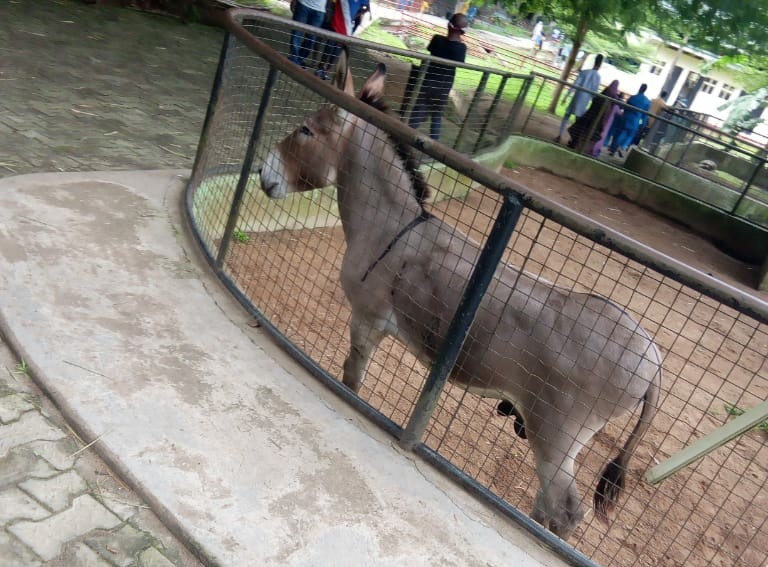 Zoos are establishments or facilities that maintain a collection of wild animals, typically in a park or gardens, for study, conservation, or display to the public. These animals may also be bred for research purposes. Zoos are great tourist attraction sites and they serve as very good sources of revenue generation to any state in the country where they are located. Some of the zoos we have in the country are located in different states and these zoos include the following: Jos Wildlife Park, Kano Zoo, Nekede Zoo, Enugu Zoo, Ibadan University Zoo, Abuja Children’s Zoo, The Port Harcourt Zoo, to mention but a few. We shall discuss them in detail under the following headings and sub headings.

ZOOS IN NIGERIA AND WHERE THEY ARE LOCATED: FULL LIST

Below is a list of zoos in Nigeria and where they are located:

Audu Bako zoo is one of the oldest wildlife conservation centres in Nigeria, located along Zoo Road in Kano. It is also known in the local language in that part of the country as Gidan Zoo. This Zoological garden was founded in 1971 and it was opened to the public the following year in 1972 by Audu Bako, Former Police Commissioner and First Military Governor of Kano State.

The Audu Bako Zoo spans about 46 hectares of land and is managed by Kano State Zoological and Wildlife Management (KAZOWMA). Some of the animals that are found in the zoo include: Lion, Zebra, Hippopotamus, Giraffes, Elephants, Hyenas, Ostrich, Antelopes, Camels, Goats, etc. Visitors and tourists from every part of the countrycome to the Audu Bako zoo to see the animals. The zoo is open to visitors everyday from 9 am – 6 pm and it attracts a gate fee of ₦100 for adults and ₦50 for children (per person).

THE NATIONAL CHILDREN’S PARK AND ZOO

The National Children’s Park and Zoo is a great place to visit with your family and loved ones. It houses animals such as lions, donkeys, zebras, ostriches, giraffes, camels, cheetahs, etc., and it is situated in the Asokoro District of Abuja, the Federal Capital Territory of Nigeria. The park in the zoo houses the playground for children and within the zoo premises is a cafe which makes it easy for parents and visitors to buy snacks and drinks while they take a tour of the premises. The National Children’s park and zoo fixes name tags to animal cages so that the animals can be easily identified. For a gate fee of  ₦200 per person for adults and ₦100 per person for children, you and your loved ones can access the zoo and spend quality time there. The premises is open between 9am – 6pm everyday.

Jos Wildlife Park as the name implies is obviously located in Jos, the Plateau State Capital, along Miango Road, Rantya Area and it was established in 1956, and opened the following year to the public in 1957. This zoo sits on a land spanning 8 square kilometres and it is one of the oldest and most widely visited zoos in Nigeria. The Jos Wildlife Park was formerky known as the Jesse Aruku Wildlife Park and it ishome to a variety of animals whick includes: monkeys, elephants, hippos, buffaloes, crocodiles, hyenas, birds, chimpanzees, gazelles, and lions. Within the park, there are a lot of picnic spots, a children’s playground, a restaurant and a history museum that tells stories about the park and Jos respectively.

The Ogba Zoo and Nature Park is located in Oko Central, Oredo Local Government Area of Edo State. It was established in 1971 as a biological garden and nature park for the promotion of tourism and provision of recreation. Located on an extensive landscape, with the needed facilities, Ogba Zoo and Nature Park provides opportunities for picnics, playground for children and forest trail, as well as recreation centre. So, fun seekers throng the environment, mainly during festive seasons and weekends. The zoo sits on 320 hectares of land carved out of the Ogba Forest Reserve, but about 70 per cent of it has been taken over by land grabbers, this is according to daily trust. In land mass, only Jos Wildlife Park and Zoo in Plateau State is a match. The zoo underwent massive deterioration but for the intervention of the private sector. It takes just ₦200 to tour the entire park.

The Lekki Conservation Centre, also known as LCC is one the most famous zoos and wildlife conservation centres in Nigeria. To many people, this is the best zoo in Nigeria and one of the largest in the country. The park sits on 78 hectares of land in the Lekki area of Lagos State and it was established in 1990. It was built and developed by Chevron Corporation for education and research purposes and the company annually funds the conservation centre for upkeep. The idea behind the establishment of the Lekki Conservation Centre, LCC, was to preserve animal and forest species in the country threatened by extinction due to urbanization. The expansive marshland and rich savannah grassland along with the aquatic view at LCC is a breathtaking sight. At LCC, there is a children’s playground, amusement park, modern view where various bird species, crocodiles, squirrels, ducks, and other reptiles can be seen, as well as picnic centres. Gate fee into the park is from ₦2000 per person (Adults).

Omu Resort is located at Ibeju Lekki, Lagos State. It is a very serene resort with the beauty of mother nature making for a wonderful sight. The Omu Resort is a great tourist attraction which has great facilities such as the wax museum, a mini-golf course centre, zoo, amusement parks, eateries, to mention but a few, all within its premises.

The Port Harcourt Zoo is located within Trans Amadi, Obio-Akpor Local Government Area in Port Harcourt, the capital city of Rivers State. It is widely regarded as the PH Zoo, and it is managed by the State government. The zoo was established in 1974 by the Military Governor at that time, Alfred Diete-Spiff and it was officially opened to the public on 1 October 1975. It is one a major tourist attraction in the city and is considered one of Nigeria’s leading conservation centres.

The Imo State Zooligical garden was established in May 10, 1976 following the creation of Imo State out of the former East Central State by Chief S.C. Onyeaguocha, first Chief Conservator of forests in the state.The objective was to absorb employees of Imo State Origin who have returned from Enugu Zoo of East Central State and also recreation or tourism, education and revenue. The zoo is located south-east of Owerri capital city, about two kiometeres on the Old Nekede road Opposite Songhai farm (Imo State Agricultral Development Corporation). The Zoo occupies an area of approximately twenty-two hectares. It is stratified into two; The first part which has about seven hectares is the Ex-Situ Conservation while the remaining fifteen hectares consitutes a replica of the tropical rain forest, rich in plant and animal life. The Zoo is open to the public everyday from 8am – 6pm and 11am – 6pm on Sundays and Public holidays.

The University of Ibadan Zoological Garden was established officially in 1974. It is mainly for conservation, education and entertainment purposes. The zoo has undergone tremendous transformation over the years in order to meet up to international standards. It has been moved from obscurity to visibility and greater patronage among other means through the renovation and acquisition of infrastructure and by being ICT-sensitive. With a new architectural design for the Zoo, there has been changes to different structures. The University of Ibadan Zoological Garden is stocked with a variety of animal species grouped in different sections of the zoo. The different sections in the garden include the Avian, Herbivore, Carnivore, Reptile, Primate and small animal sections. It is located within the premises of the University of Ibadan, the Oyo State Capital and it is a fun filled tourist destination.

The Sanda Kyarimi Zoological Park is situated within the metropolis along Shehu Laminu way, Maiduguri, Borno State. It was established in 1970 initially as communal forest reserve that has since developed into a 42 acre wildlife sanctuary as well as a botanical park. It houses a lot of the animal species of great beauty and serves as a leisure for people especially during festivities.

Yankari National Park was known as Yankari Game Reserve. It is one of the foremost game reserves in Nigeria, located in Bauchi State and it was established in 1956. This very large wildlife park is home to some of the most interesting flora and fauna in the country. The Yankari National Park is one of the most visited wildlife park in the country and has been by far the most popular before the advent of many new zoos, conservation centres, game reserves and wildlife parks that have sprung up in the country in recent years. The park sits on a vast expanse of land covering about 2,250 square kilometres and has many natural warm water springs and other side attractions there.