This is a comprehensive information on the list of all refineries in Nigeria this 2022 and their locations. Our country is blessed with abundant natural and mineral resources, and of these natural resources, crude oil is the most important as it is the chief driver of the nation’s economy. 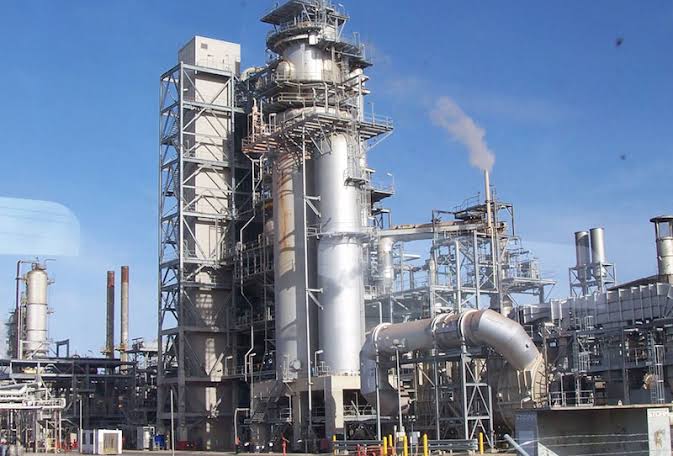 Being the largest producer of oil in Africa and the thirteenth (13th) largest in the world, Nigeria has a number of refineries where impurities are removed from petroleum, purifying it and converting it into useful products such as Premium Motor Spirit (PMS), also known as petrol, Automotive Gas Oil (AGO), also known as diesel, Dual Purpose Kerosene (DPK), also known as kerosene, and other useful petroleum and petrochemical products that can both be consumed internally and exported in order to generate revenue for the country.

The crude oil in Nigeria is gotten from majority of the Niger-Delta States mainly located in the South-East and South-South geopolitical zones of the country. These oil producing states, despite their small number, collectively generate a large portion of Nigeria’s wealth and they are among the richest states in the country currently.

According to the Department of Petroleum Resources, there are presently five active refineries in the country; with four of those plants being owned by the Federal Government of Nigeria through the Nigerian National Petroleum Corporation (NNPC), while the fifth refinery is owned and operated by Niger Delta Petroleum Resources (NDPR). Apart from the single fully-fledged petrochemical plant, two of the refining plants, KRPC and WRPC, have petrochemical complexes which makes use of their refinery intermediates to produce petrochemical precursors. Without further ado, let us take a proper look at the refineries we have in Nigeria today.

FULL LIST OF ALL REFINERIES IN NIGERIA 2022 AND THEIR LOCATIONS

The following is the current full list of refineries in Nigeria this 2022 and their locations:

The old refinery has a refining capacity of 60,000 barrels per day and it was commissioned in 1965, while the new refinery, with a capacity to refine 150,000 barrels per day was commissioned in 1989. The Port Harcourt refinery makes use of bonny light crude oil to produce Liquefied petroleum gas (LPG), premium motor spirit (PMS), Dual Purpose Kerosene (DPK), Automotive Gas Oil (AGO), Low Pour Fuel Oil (LPFO) and High Pour Fuel Oil (HPFO).

The Warri refinery was established in 1978, it is located in Ekpan, Warri, one of the largest and most important cities in Delta State and it has a refining nameplate capacity of 100,000 barrels per stream day plant. The refinery was debottlenecked to 125,000 barrels per stream day in 1987 and it is operated by the Warri Refining and Petrochemicals Company (WRPC) Limited, a subsidiary of the NNPC.

The Warri Refinery was installed as a complex conversion plant that is able to produce Liquefied Petroleum Gas (LPG), Premium Motor Spirit (PMS), Dual Purpose Kerosene (DPK), Automotive Gas Oil (AGO), and Fuel Oil from a blend of Escravos and Ughelli crude oils. This refinery has a petrochemical plant complex that produces Polyproylene, and carbon black from the propylene-rich feedstock and decant oil from the Fluid Catalytic Cracking unit (FCCU).

The Kaduna refinery is located in the city of Kaduna, the capital of Kaduna State. It has a name plate refining capacity of 110,000 barrels per day and it is run by the Kaduna Refining and Petrochemicals Company (KRPC) Limited, another subsidiary of the NNPC. This refinery has a fuels plant that was commissioned in 1983 and the 30,000 MT per year Petrochemical Plant in 1988.

The Niger Delta Petroleum Resources (NDPR) refinery is a topping plant that refines 1,000 barrels per day of crude oil. It is situated at Ogbelle, Rivers State. This particular plant produces diesel for its internal consumption and the excess diesel produced is sold to immediate locality. The plant gets its crude oil from the flow station operated by its upstream affiliate which is the Niger Delta Exploration and Production (NDEP) Company, within its marginal field.

The Indorama Eleme Petrochemicals Company Limited (IEPL) was previously known as the Eleme Petrochemicals Company Limited (EPCL). In 2006, it was acquired from the NNPC during the privatization programme by Indorama as the Core investors. This refinery is located at Eleme, Rivers State, and has 22,000 tonnes per annum (TPA) Butene-1, 270,000 TPA Polyethylene, and 80,000 TPA Polypropylene plants that process natural gas liquids (NGL) from Nigerian Agip Oil Company (NAOC) and propylene-rich feed from Port Harcourt refinery to produce a range of Polyethylene and Polypropylene products.