This article is about the full list of international/major airports in Nigeria and their locations currently this year 2023. International airports in the country are those state of the art air transport facilities that offer customs and border or immigration services to its passengers who are travelling into or out of the nation. 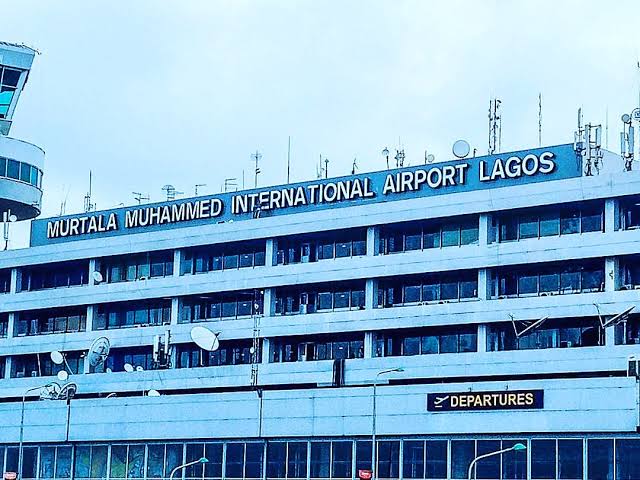 These airports are air transportation stations that consist of a complex of runways and buildings for the take-off, landing, and maintenance of civil aircraft, with facilities for passengers that require them to make foreign or international travels conveniently.

All of these international airports will be discussed in details as we shall see below.

The following are the 5 international/major airports we have in Nigeria this 2023:

The Murtala Muhammed International Airport, Lagos, is located in the capital city of the State, Ikeja. This airport was built during World War II with major upgrades carried out in the 1970s. This international airport, named after the late General Murtala Ramat Muhammed, the fourth military Head of State of Nigeria, is the busiest airport in all Nigeria as well as the largest and the best in the country.

Within the premises of the Murtala Muhammed International Airport lies the headquarters of the Federal Airports Authority of Nigeria (FAAN), the Accident and Investigation Bureau (AIB), Arik Air and Aero Contractors aswwell as the Lagos office of the Nigerian Civil Aviation Authority (NCAA).

The Nnamdi Azikiwe International Airport (NAIA) is located in Abuja, the country’s Federal Capital Territory. It was built in the early 2000s and opened for operations in 2002. The airport is named after the late Dr. Nnamdi Benjamin Azikiwe, to immortalize the country’s last Governor-General and First President who was also a foremost nationalist and one of Nigeria’s founding fathers. The NAIA often plays host to visiting dignitaries and high ranking government officials as well as Nigerians visiting Abuja, the federal capital for business or leisure.

The Nnamdi Azikiwe International Airport has two terminals; one, for international flights and the other for domestic flights. Plans by the Federal Airports Authority of Nigeria (FAAN) to build a second runway at this airport, in order to reduce the heavy air traffic on the airport’s single runway are at an advanced stage. A cargo section is also included in the design of the new state-of-the-art international terminal currently under construction at the airport.

The Mallam Aminu Kano International Airport (MAKIA) is located in the ancient city of Kano in the Northern part of Nigeria. This international airport is the oldest in the country and the first aircraft ever to land in Nigeria landed in Kano in 1922. Operations at this facility commenced in 1936 and in the first decades of operation, it became an important fuel stop for airlines flying long-haul services between Europe and Africa.

In the 1980s, the airport was named after a prominent Kano-born Nigerian statesman, Mallam Aminu Kano, a nationalist, politician and dogged fighter for the poor masses in the country. Apart from being a major transit point for the annual Muslim Haji to Mecca, Mallam Aminu Kano International Airport (MAKIA) is a major connection point for air travellers going from Northern Nigeria to different parts of the world.

The Port Harcourt International Airport is a very important airport in the country as it plays a very important role in its economy. The reason for its prominent economic role in Nigeria is because it is located in Port Harcourt, a major city centre of the country’s oil and gas industry. Nigeria’s Oil and Gas industry contributes 85 per cent of government revenue and over 90 per cent of total exports from the country in terms of value.

The Port Harcourt International Airport (PHIA) allows direct air connections between the country and major destinations around the world, especially to and from Western countries. The old terminal at the airport is under renovation, although it continues to operate commercial flights.

The Akanu Ibiam International Airport is located in Enugu, the coal city and capital of Enugu State in the South-Eastern part of Nigeria. Enugu is also the old administrative headquarters of the old Eastern Region between the 1950s and 1960s; and with the creation of new states in the late 1960s, Enugu remained the capital of East Central State. With the creation of additional states in the 1980s, Enugu State was created with Enugu retaining the capital of the state.

Enugu remains an important centre of political, cultural, commercial and administrative influence in the South Eastern part of the country. Therefore, the airport is strategically located in Enugu to serve this part of the country. The Akanu Ibiam International Airport is named after the late Sir Francis Akanu Ibiam, a medical doctor and statesman who was the former Governor of the Eastern Region of Nigeria from 1960-1966. He hailed from Afikpo, Ebonyi state.