This article contains a complete list of all universities in Osun State, Nigeria’s south-western region, as of 2023. Osun State is one of the most educated states in Nigeria, as evidenced by the fact that it is home to ten universities, one of which is owned by the Federal Government of Nigeria, another by the Government of Osun State, and the remaining eight are privately owned and run. 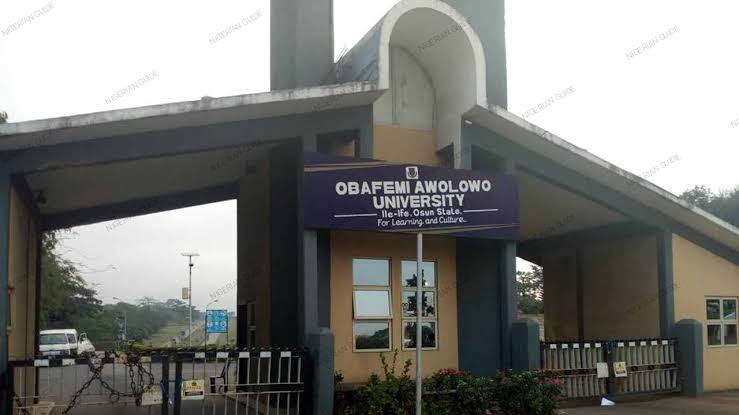 The following are the many universities that can be found in Osun State, and we will be covering each of them in detail shortly:

Below is a full list of all the universities located in Osun State, Nigeria currently in this year 2023:

Obafemi Awolowo University, Ile-Ife is one of three Universities established in Nigeria between 1961 and 1962 as a result of the report submitted to the Federal Government in September, 1960, by a Commission it appointed in April 1959 under the Chairmanship of Sir Eric Ashby, Master of Clare College, Cambridge, to survey the needs of post-secondary and higher education in Nigeria over the next twenty years. On 8th June, 1961 the Law providing for the establishment of the Provisional Council of the University was formally inaugurated under the Chairmanship of Chief Rotimi Williams.

The following other Institutes and major units exist in the University:

Finally, some other agencies over which the University has no direct, or, in some cases limited control, have premises within the University.

Osun State University is set up as a conventional, multi-campus University charged with the production of high quality, well–rounded, globally competitive and entrepreneurial graduates who are catalysts for rapid and sustainable socio-economic development of Osun State and Nigeria.

Hence, their mission at UNIOSUN is to create a unique institution commited to the pursuit of academic innovation,skill-based training and a tradition of excellence in Teaching,Research and Community service. UNIOSUN is a multi-campus institution operating collegiate system. There are seven colleges in six campuses located in six geographical zones of the State. These are:

Adeleke University is a private faith-based learning institution situated on 520 acres of property in the historic town of Ede, Osun State, in the south-western part of Nigeria, in a quiet and nature-friendly environment. Dr. Adedeji Adeleke, the father of Nigerian music superstar, Davido, launched the University in 2011 through the Springtime Development Foundation (SDF), a philanthropic, non-profit organization dedicated to assisting underprivileged students in obtaining a quality higher education. Adeleke University is one of over 100 universities worldwide that follow the Seventh-day Adventist philosophy of education.

With a firm commitment to realizing the founding fathers’ vision and mission, the university today provides one of the most affordable but high-quality education in Nigeria, with unique features such as scholarship opportunities, fee flexibility, the acquisition of entrepreneurial skills, high-quality teaching, research, and innovative learning. Adeleke University is a home away from home where parents and instructors work together to instill in students the pursuit of ultimate truth, knowledge transmission, and dedication to service to God and humanity in general.

Bowen is one of Nigeria’s oldest private higher education institutions, having been founded in 2001 by the Nigerian Baptist Convention (NBC). In 1854, the fundamental foundation of what is now Bowen University was laid. At that same year, the late Rev. Thomas Jefferson Bowen’s family established a school in Ijaiye Orile, which is now part of Nigeria’s Oyo State. The School, which began in 1854 with five stewards of the late Bowens, five other labourers, and a few others drawn to the budding school out of curiosity, has evolved into thousands of Baptist Primary and Secondary Schools across the country. By 1960, a Baptist school could be found almost anywhere there was a Baptist congregation.

In 1938, the idea of establishing a Baptist University in Nigeria was born. This arose from the Baptist commitment to assisting people in realizing their greatest potential. The first brave move toward realizing this goal was taken in 1956, when a proposal was presented to the Baptist Mission meeting in Eku, which took place from the 11th to the 14th of December. The idea was supported at a joint meeting of the Executive Committees of the Baptist Mission of Nigeria and the Nigerian Baptist Convention on the 16th and 17th of July, 1957. Since then, the Nigerian Baptist Convention has worked tirelessly to bring the goal to fruition, investing time, money, and people resources.

All of these efforts culminated in the founding of Bowen University, a notable milestone in the Nigerian Baptist Convention’s academic history as the first Baptist university in Africa. Bowen University was approved by the Federal Government of Nigeria on July 17, 2001, and was afterwards permitted to operate by the National Universities Commission (NUC). Bowen University celebrated academic achievements on November 4, 2002, when 506 pioneering students were accepted to its three faculties: agriculture, science and science education, and social and management sciences.

The National Universities Commission (NUC) granted the University permission to provide degree programmes in medicine (MBBS), anatomy (B.Sc), and physiology (B.Sc) in 2009. The establishment of the Faculty of Humanities and the Faculty of Law was also approved by the NUC in June 2011. The Faculty of Humanities began immediately in 2012, while the Council of Legal Education sent its own Facility Visitation Panel in August 2012, which approved the project in December of that year. These programmes have officially begun.

Nasrul-Lahi-Il-Fatih Society (NASFAT) – the founder of Fountain University – was founded with the intention of holding prayer meetings for Muslim elites in order to provide them with the opportunity to interact and rub minds with Islamic scholars on the one hand, and to improve their knowledge of Islamic principles and practices on the other.

The Nasrul-Lahi-Il-Fatih Society (NASFAT) expressed its aim to create a university in its educational strategy and plan, which was enunciated at its strategic retreat in Akodo, Lagos, in the year 2000. From this humble beginning, the Society embarked on a systematic procedure that culminated in the hosting of an academic summit of 30 Distinguished Academic Personalities in January 2004, and the formation of an 18-person University Planning Committee.

The Federal Government granted Fountain University an operational license as a Private University on May 17, 2007, based on the National Universities Commission’s recommendations. Following this accomplishment, the Fountain Universities Strategic Implementation Committee was formed to act as “in loco Council” to bring the University into being. This committee worked extensively to ensure that the University had the required facilities to launch. The Committee was disbanded in September 2007 when the Governing Council, led by Professor N.O.Adedipe, was established. In September 2011, the first Governing Council ended its four-year term and was reconstituted.

Joseph Ayo Babalola University was founded in 2004 and approved by the Federal Executive Council on February 8, 2006. It received its operating license on March 6, 2006, and opened to students for the 2006/2007 academic session on October 25, 2006. The Christ Apostolic Church Worldwide established it in 2004 in obedience to divine instructions and under the visionary leadership of its then-President, Pastor (Dr.) E. H. L Olusheye.

Pastor A. O. Akinosun, the current President of Christ Apostolic Church Worldwide, serves as Chairman of the Board of Trustees, providing overall leadership with renewed spiritual and financial commitments to the University. His Royal Majesty, Oba (Dr) Oladele Olashore, was the university’s first Chancellor (CON). Until his death in June 2012, he worked tirelessly to advance the university’s goals in a variety of ways.

King’s University is founded on a philosophy of excellence in teaching and research, which is supported by a set of shared core values that include, but are not limited to, a commitment to excellence, academic freedom, a performance culture, rewarding achievement, staff and student engagement, and fostering partnerships. The University is well positioned to develop leaders and change the attitudes of the next generation.

The vision of Kings University is to produce high-quality leaders who will develop Nigeria and ensure that she remains a technologically sophisticated country while their mission is to be a university known for academic excellence and human capital development that has a positive economic, intellectual, and social influence on society.

On November 3, 2009, the Federal Government of Nigeria granted Oduduwa University a license to operate as a private university (cerficate number: 38). The university was named after the Yoruba race’s legendary ancestor (Oduduwa). The university is located in Ipetumodu, a town in Osun State’s Ife North Local Government Area. It is only a 6-kilometres drive from Ile-Ife. The university, which covers around 100 hectares of land, is strategically positioned on the Ife-Ibadan express road and is easily accessible from the States of Oyo, Ekiti, Ogun, Ondo, Edo, and Lagos.

Redeemer’s University is a private university in Ede, Osun, Nigeria, located along the Ibadan-Oshogbo Road. The Redeemed Christian Church of God owns the university, which was founded in 2005. The institution was formed in 2005 by the Redeemed Christian Church of God, which is led by Pastor Enoch Adeboye, one of Nigeria’s wealthiest pastors and a PhD holder in applied mathematics.

On January 7, 2005, the Federal Government of Nigeria gave the Redeemer’s University an operating license. In order to actualize its objective, the university’s Proprietors, the Redeemed Christian Church of God, first purchased a large plot of land in Ede, Osun State, after receiving the Certificate of Statutory Right of Occupancy in 1997. The university’s campus is around 812 hectares in size (2,010 acres).

On October 11, 2005, the university began operations at the Redemption Camp’s temporary campus, with 478 students admitted to three colleges. 473 students matriculated into the colleges on February 1, 2006, to pursue bachelor’s degrees in a variety of programmes, and the institution has since produced a large number of graduates.

Westland university, Iwo, is a privately packaged institution that is set up to provide first class university education access that will support every strata of the Nigerian economy through Identification, prioritization and smart solutions to the critical paths to sustainable development. Westland University secured its full approval since February, 6th, 2019 to offer degrees in 22 programmes covering four faculties of Computing and Applied Sciences, Social Sciences, Management Sciences and Mass Media and Communications and Library and Information Science.

The long history of Westland University began Sometime in 1984, when the Proprietor of Westland University, Dr. Engr. Wole Adepoju, a structural Engineer graduate at MIT Massachusetts established the Cedarspring Technical Institute, as part of his contribution to the development and growth of technological education in Nigeria. The establishment of the institute was also a demonstration of Dr. Engr. Adepoju’s commitment to assisting the numerous struggling youths to achieve their lofty aims of developing themselves and the country in technological advancement and innovations.

Their parent company, Wolex Polytechnic Nig. Ltd, the promoter of Westland University is not a green horn in the business of tertiary education and has been graduating OND and HND holders in different courses for over 16 years.