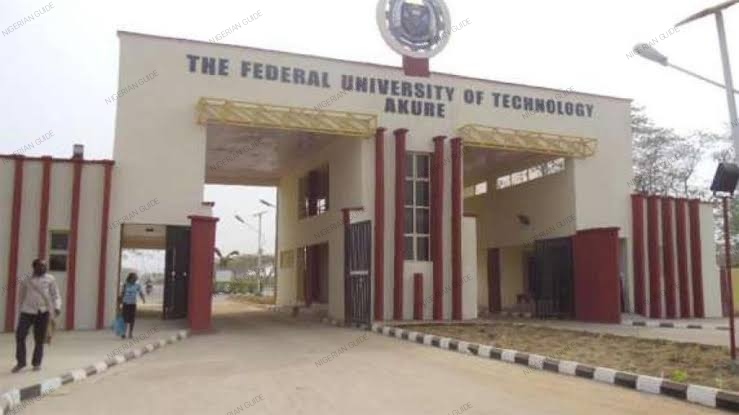 The universities located in Ondo State are listed below and we shall discuss them in detail as we proceed:

The following is a comprehensive list of all universities in Ondo State this 2022:

The Federal University of Technology, Akure (FUTA), is one of the top Universities of technology in Nigeria and indeed the nation’s pride. Established in 1981, the university has grown tremendously, stretching its academic disciplines and research across eight different schools and over fifty academic departments. The Mission of FUTA is to promote technological advancement by providing a conducive environment for research, teaching and learning which engenders development of products that are technologically oriented, self-reliant and relevant to society.

Its relocation to Akungba Akoko in the new Ondo State became necessary in 1999, three years after the creation of a new State from the old Ondo in October 1996. The bill supporting the relocation was signed into law by the then-Governor of the State, Chief Adebayo Adefarati, in November 1999, prompting the relocation of a batch of workers from Ado-Ekiti to Akungba Akoko on December 1, 1999. Following the death of the Ajasin, Governor Adefarati signed legislation for yet another name change, this time to Adekunle Ajasin University, in order to immortalize the late Governor Ajasin.

The university’s amended and current statute was signed into law in November 2007 by another governor, former Governor Olusegun Agagu. In these circumstances, it is correct to say that, while the history of AAUA began in 1982, its relocation on 5 November 1999 marked the beginning of the second phase of its history, now in its current location, Akungba Akoko. Adekunle Ajasin University offers undergraduate, postgraduate, and Pre-degree, JUPEB programs in a variety of specializations including Science, Arts, Education, Law, Social and Management Sciences, Agricultural Science, Environmental Design, and Management. The university has seven (7) faculties.

Under the direction of Dr. Olusegun Agagu, the Ondo State Government founded OAUSTECH in 2008. The university started its academic operations in January 2011 and presently provides a number of study programmes under the Faculty of Science. The colleges of engineering and engineering technology, as well as agriculture and agricultural technology, were both established in 2017. In honour of the late Governor of Ondo State’s significant contribution to the institution’s founding, Dr. Olusegun Agagu, the university was renamed after him in 2020.

Achievers University is located in Owo, Ondo State, Nigeria. The university was founded in 2007 as a private-sector initiative and is accredited by the National Universities Commission. It is situated in Owo’s Idasen community. The university grew out of the Achievers Group of Education and Training Organization, which is based in Ibadan, Oyo State, Nigeria, and is owned and operated by Hon (Dr.) Bode Ayorinde. Hon (Dr.) Bode Ayorinde and other notable personalities such as Chief (Mrs.) Toyin Olakunri, Senator T. O. Olupitan, and Senator Kolawole (Late) are among 90 shareholders who own the university. The university began academic activities in the 2007-2008 academic year and has since graduated ten sets of students as at 2021.

It was ranked 53rd in the 2013 Nigerian National University Commission annual university rankings. It was one of seven private universities in Nigeria whose operating licenses were suspended in July 2012 as part of a crackdown on private institutions offering unapproved or low-quality courses and substandard facilities. Following an inspection by the National Universities Commission, the license was reinstated on July 17, 2012.

Wesley University, Ondo, formerly known as Wesley University of Science and Technology (WUSTO) is a Nigerian university located in Ondo Town, Ondo State. It was established by The Methodist Church of Nigeria. On May 17, 2007, the National Universities Commission (NUC) granted the University an official license. As a result, the University’s temporary site in Ondo town hosted the official opening ceremony on May 14, 2008, and full academic activities began in October 2008, with the admission and resumption of the University’s pioneer students.