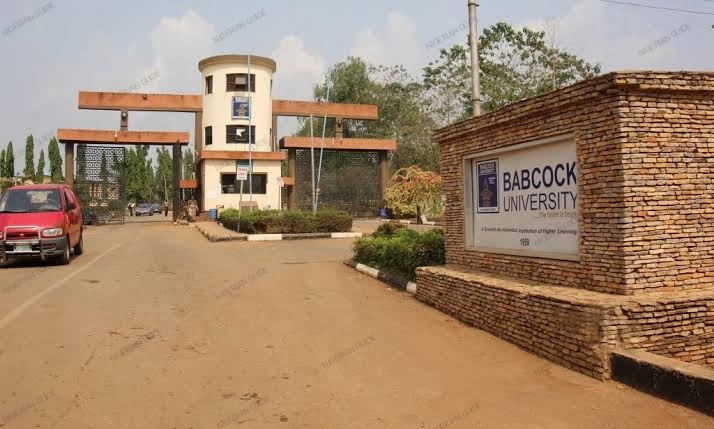 The following is a comprehensive list of all universities located in Ogun State this 2022, explained in details below:

Professor Nurudeen Olorun-Nimbe Adedipe was appointed the first Vice-Chancellor of the University on the same day. On January 28, 1988, Professor Adedipe formally assumed duty. It was incorrectly supposed for many years that the University was founded on the day that Professor Adedipe took office. Following a review of the University’s founding document, the Council decided in its 53rd Statutory Meeting in June 2010 to change the foundation date back to the legally required January 1, 1988.

The University was founded in the former Abeokuta Grammar School campus in Isale-Igbein, which is close to the city’s center. In what has been referred to as the quickest pace of Permanent Site building in the history of the Nigerian University System, it finished moving to its Permanent Site along Alabata Road in 1997.

In October 1988, the University officially launched its first five colleges, as follows:

In March 2002, two new colleges were established: the College of Engineering (COLENG) and the College of Veterinary Medicine (COLVET). The College of Agricultural Management, Rural Development, and Consumer Studies was divided into two for the 2008–2009 academic year, and the new colleges that were formed are as follows:

One additional College, College of Management Sciences was also introduced. College of Natural Sciences (COLNAS) was split into two with two new Colleges emerging as follows:

The civilian Government of Ogun State in 1979 expressed its desire and determination to establish more Polytechnics, Colleges of Education and a University for the State during its first term in office. Thus, by a letter dated 19th January 1982, the then Honourable Commissioner for Education convened the Planning committee for the establishment of Ogun State University.

On 16th March 1982, the planning committee headed by renowned Professor Akinlawon Ladipo Mabogunje, submitted its report. Consequently, in July, 1982, a bill to establish Ogun State University was debated and passed into law by the Ogun State House of Assembly. With the assent of the then Civilian Governor of Ogun State, Chief Olabisi Onabanjo, on 7th July, 1982 it became the “law to provide for the establishment, incorporation, constitution, laws and functions of a Provisional Council of the Ogun State University and for other matters incidental thereto or connected therewith”.

On Monday, 31st January, 1983 the University opened its doors to its first set of students, numbering a little over 500 in all. On Friday, 30th January, 1987, the University held its first convocation ceremony, formally graduating 285 students who had completed and passed their examinations as at 17th September, 1986.

Today, the University is operating in all its various campuses, with over 95% of its academic programmes accredited by NUC. Ogun State University, now Olabisi Onabanjo University has continued to produce high quality manpower that leads in the identification of global problems and proffering solutions to them.

On Tuesday, November 28, 2005, the National Universities Commission (NUC) officially recognized TASUED as a university. It is a learning citadel dedicated to the development of competent professional educators and teachers with extensive knowledge of their chosen disciplines of study as well as the necessary pedagogical skills of subject delivery. The University is unique in that it has always included a four-year mandatory vocational and entrepreneurial study in the curriculum of its B.Ed, B.Sc(Ed), B.Sc, and B.A (Ed) programmes, so that students graduate with two certificates: one in their chosen course of study and the other in the vocational and entrepreneurial study.

A non-profit public higher education school, Moshood Abiola University of Science and Technology, Abeokuta was founded in 2017 and is situated in Abeokuta, the capital city of Ogun State. MAUSTECH is a co-educational Nigerian higher education institution that is accredited by the National Universities Commission (NUC). The university offers courses and programmes leading to bachelor degrees in a number of fields of study, among other higher education degrees that are officially recognized.

Babcock University (BU) commenced on September 17, 1959 as Adventist College of West Africa (ACWA). Established by the Seventh-day Adventist Church as a senior college for training church workers from the West African sub-region, ACWA opened its doors with only seven ministerial students. By 1966, when it graduated the first set of Bachelor of Arts degree holders in its own name, enrolment included students taking Business Administration as potential accountants within and outside the Church; and two-year Pre-Nursing students in preparation to pursue a nursing career at the Church’s School of Nursing at Ile-Ife, Osun State.

History was made in 1975 when ACWA became the first institution in Nigeria to sign and operate an affiliation agreement with Andrews University, Berrien Springs, Michigan, USA. This relationship enabled it to award Bachelor of Arts degrees from Andrews University in Biology, Business Administration, History, Religion and Secretarial Studies. 1975 was also the year ACWA was renamed Adventist Seminary of West Africa (ASWA) in response to the dynamics of its socio-political environment. In 1983, restricting local factors again necessitated the phasing out of the Bachelors programmes in Biology and Business Administration.

In 1988, ASWA reached another academic milestone through an affiliation agreement with the Seventh-day Adventist Theological Seminary of Andrews University, which authorized it to offer Master of Arts in Pastoral Ministry. Master of Arts in Religion was added in 1990 and both programmes were operated during Summer sessions from 1997 to 2007. In order to attain national recognition for its status and programmes, an attempt to obtain a local affiliation with University of Ibadan, under the name “Babcock College” was initiated.

The process of affiliation with the University of Ibadan was still in progress when the Federal Government of Nigeria included Babcock University as one of the first three private universities in the country, announced on April 20, 1999. At a public ceremony presided over by the then Honourable Minister of Education, Mr. Sam Olaiya Oni, at the National Universities Commission (NUC), Abuja, on May 10, 1999, the Certificate of Registration No:002 was handed over to BU Pioneer Chancellor and Chairman of the University Council, Pastor Luka T. Daniel in his capacity as the President of the Africa-Indian Ocean Division of the Seventh-day Adventist Church. The Proprietors formally inaugurated the University on June 17, 1999.

The first batch of 1,006 students arrived on September 13, 1999 and their Matriculation Ceremony was presided over by the Visitor to the University, President of the General Conference and world leader of the Seventh-day Adventist Church from Washington, D.C, USA, Pastor/Professor Jan Paulsen, on January 28, 2000. The University commenced with three faculties (which later became Schools); Faculty of Education and Humanities, Faculty of Management and Social Sciences, and Faculty of Science and Technology with eleven departments. The School of Law and Security Studies became the fourth School.

The 7th graduation on June 07, 2009 marked the 50th Anniversary of the institution, and the 10th Anniversary of the university. The event attracted Federal and State dignitaries, as well as leaders from the World Headquarters of the Seventh-day Adventist Church. Being a pioneer private University in Nigeria since 1999, Babcock has continued this legacy of upholding a cutting-edge excellence in education. Babcock now has a postgraduate school which took off in the third quarter of 2010 and a medical school which took off in January 2012.

Similarly, a deliberate expansion policy of their programmes to meet current market demands and maximum service delivery has resulted in departmental upgrades and addition of new programmes. The latest additions are the Music & Creative and Educational Foundations departments to School of Education & Humanities. Today, Babcock hosts the following schools:

As the pace-setter in private education delivery, Babcock has earned an award as the Best Private University in Africa. Indeed, Babcock is the leader in Nigeria in offering an education that inspires hope and transforms lives.

The curriculum of Bells University of Technology, Ota emphasizes self-reliance and nurturing of entrepreneurial skills necessary for the development of the individual and the nation in general. Thus, all the programmes run by BELLSTECH are science-based, which are vital to the technological development of the nation. In addition, there is emphasis on morals and good character formation.

The main objective of the University is to provide an enabling environment for effective learning and teaching, applying the results of research at the cutting-edge of science and technology. Emphasis is placed on areas of training that are suitable for self-employment creation and on those that have relevance to social, cultural, economic, scientific, and technological needs of Nigeria.

Chrisland University, founded in 2015, is a private higher-education institution located in Abeokuta, Ogun State. The university is a co-educational Nigerian higher education institution that is officially recognized by the National Universities Commission (NUC). Chrisland University provides courses and programmes that lead to officially recognized higher education degrees such as bachelor degrees in a variety of fields of study. The University also provides students with academic and non-academic facilities and services, such as a library and administrative services.

Covenant University is a private Pentecostal Christian University, which has been operating with official status since 2002 in Ota, Nigeria. Covenant University is one of the leading universities in Africa founded on Christian mission ethos. It drives a vision to raise a new generation of leaders and reinstate the black race’s dignity. The University prioritizes cutting-edge learning to make the Total Man.

Crawford University received the operating license from the Federal Government on 9th June, 2005. The University was opened to the first batch of students on 30th September, 2005. After one week of orientation, lectures commenced on Monday, 10th October, 2005. An impressive Matriculation Ceremony was held for the two hundred and thirty five pioneer students on 20th December, 2005. The University presently runs eighteen (18) programmes housed in two Colleges and all the programmes are accredited by the National Universities Commission (NUC).

Crescent University is an Islamic, non-sectarian and co-educational institution standing for scholarship, service and character. Crescent is the pioneer Islamic University in Nigeria and was established in 2005. With a mission to develop world-class human resources to meet global development challenges; the university offers courses in Business, Banking, Accounting, Economics and Actuarial Sciences, Mass Communication, Chemical Sciences, Biological Sciences, Political Science as well as Information and Communication Technology.

Through their research centre, their faculty members are involved in studies that support policy making for national development often in collaboration with renowned international institutions. There are currently a number of Nigerian and international institutions that hold affiliations with Crescent University. As a leader in tertiary education, the university plans to establish several link agreements with universities in Africa, Europe, Middle East, Asia and North America for students, faculty and staff exchanges as well as collaborative research.

Other private universities in Ogun State include the following: