This article contains a complete list of all universities in Kwara State as of the year 2022. Kwara State is one of the South-Western States in Yorubaland that has a plethora of universities numbering up to eight in operation, one of which is a Federal institution, one a State university, and six private universities. 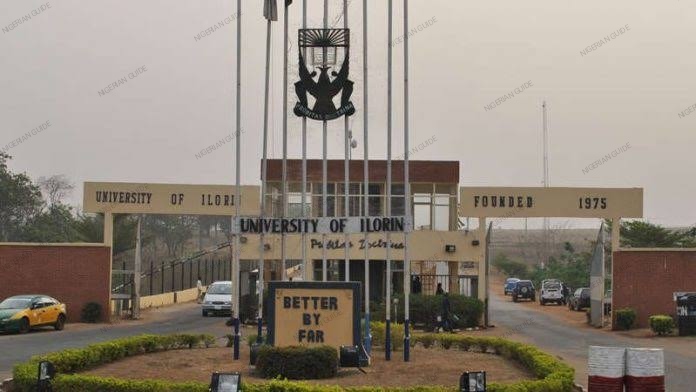 The following are the universities in Kwara State Nigeria:

We shall discuss in detail all universities in Kwara State this 2022 below:

The University of Ilorin, one of the oldest universities in Nigeria, is located in the ancient city of Ilorin, about 500 kilometres from Abuja, the Federal capital. Ilorin, the Capital of Kwara State, is strategically located at the geographical and cultural confluence of the North and South. University of Ilorin was one of the seven institutions of higher learning established by a decree of the Federal Military Government in August, 1975. This step, taken to implement one of the educational directives of the country’s Third National Development Plan, was aimed at providing more opportunities for Nigerians aspiring to acquire university education and to generate high level man-power, so vital for the rapidly expanding economy.

The then new Principal, Professor O.O. Akinkugbe, made several visits to the second Military Governor of Kwara State, the late Colonel Ibrahim Taiwo in connection with the new institution, such that by March 1976, he had established residence at Ilorin. The support given to the fledgling Institution by Governor Taiwo continued even more vigorously under the third Military Governor of the State, Brigadier George A. Innih, who ceded a portion of the temporary site of the Kwara State College of Technology to the University. The site, up till now, serves as the mini campus of the University.

Academic/Physical Development Following an entrance examination, 200 foundation students were admitted into residence on Saturday, October 23rd, 1976, and academic activities commenced on Monday, October 25th, 1976, after the Principal’s maiden address at about 10.00am in the Africa Hall. The University College had three foundation Faculties namely: Arts, Science and Education. The Institution began to develop its programmes in a way that not lees than 60% of its effort was directed towards science-oriented programmes.

In October 1977, the Institution attained full autonomous status and has since then developed by leaps and bounds. The student population of 200 in 1976 has increased to 20,084 by the 2005/2006 session, while the total staff strength of the University stood at approximately 3,040 as at March 1, 2007. Up till January 1982, the University carried out its academic programmes, involving the Faculties of Arts, Science, Education, Engineering & Technology, Business and Social Sciences, and the Pre-Clinical aspect of the Health Sciences on the Mini-Campus. The completion of the Faculty blocks for Natural Sciences and Engineering as well as 8 blocks of student hotels by December 1981, made it possible, on the 2nd of January 1982, for the actual movement of over 1,000 science-oriented students to the Main-Campus to pursue their various academic programmes.

The law degree programme was initially established in 1983/84 session as a department in the Faculty of Business and Social Sciences. Though cancelled in 1986/87, it was resuscitated in 1993/94 as a full fledged Faculty.

The Main Campus currently houses the Faculties of Science, Engineering & Technology, Agriculture, Education, Law, Arts, Business and Social Sciences, (following the completion of the new seven-storey Senate Complex), the Unilorin Sugar Research Institute, Postgraduate School, the Main University Library, Computer Services and Information Technology (COMSIT), Works Yard, Conference Centre, Unilorin Resources Development and Management Board (URDMB), Student Canteens, the newly completed 2,000 seat multipurpose Auditorium and the Alumni/ Endowment Office. The Mini-Campus presently houses the College of Health Sciences, a mini Library, Canteens and Shopping Complex, the Institute of Education, some of the Revenue-yielding projects which are under the URDMB such as the Unilorin Computer Centre (Training Wing), Unilorin Bookshop, the Bakery, the Printing Press, and the Guest Houses. Each Campus has a Health Centre, a Post Office and Banking facilities.

Aside from two lecture theatres commissioned in 1997, there is an upsurge, from 2002 to date, in the physical development of the Main Campus. Five new Hostels were completed in 2002. Other projects were the Faculty of Education blocks and Lecture theatre; Lecture rooms, Offices and Lecture Theatre for the Faculty of Business and Social Sciences; Faculty of Science Chemistry block; Department of Agricultural Engineering block; offices for the Department of Human Kinetics and Health Education; COMSIT building (Phase I) among others.

A water Dam and Treatment Plant to provide uninterrupted water supply to the main campus has just been completed. The University will soon construct a rail-line to boost transportation between the University Main Campus and the township.

Apart from the renovation of buildings, a systematic upgrading of teaching and research facilities is being undertaken by the University within its lean resources. This includes provision of computers, laboratory equipment, etc.

Altogether, there are 60 academic departments in the existing ten faculties. Undergraduate degree programmes run for 3,4,5, or 6 years, depending on entry qualifications and discipline. The University started with the traditional British “Three Term System” but later changed into a modified form of the American “Two Semester System” called Harmattan and Rain semesters with effect from 1979/80 session.

Each semester comprises one half of an academic year as determined by Senate. Also instruction in the various Faculties with the exception of the Health Sciences is by the course system. These courses are quantified into credits. The University has teaching support units which include the Computer Centre, Central Workshop and Stores, Biological Garden, Community Based Experience and Services (COBES), Medical Educational Resources Unit, General Studies (Use of English/National Awareness) Division, and Teaching & Research Farm.

There are also the Public Units which are the University School, the University Secondary School, Institute of Education and Educational Technology Centre. Although an academic unit, the Library is actively involved in rendering service to the University and the public. In addition, there is a Sugar Research Institute which is mainly a research unit served by academic mainly from Science and Agriculture Faculties.

The process to build a State University in Kwara State began when attempts were made to transform the Kwara State College of Technology into a University after ten years of operation. Attempts to construct a new university were made in 1982, but the deal with the Technical Partner Metripex fell through. The abrupt change of government in 1983 put an end to further efforts. Colonel Alwali Jauji Kazir, the then Military Governor of Kwara State, established a 15-man Committee in November 1990, led by the late Professor Samuel Afolabi Toye, former Vice-Chancellor of the University of Ilorin, to work out logistics for the Institution’s formation.

The proposal, on the other hand, never got off the ground. In 2002, the late Alhaji Mohammed Alabi Lawal, the then-Governor of Kwara State, moved a step further by establishing the Professor Saka Nuhu Committee, whose goal was to turn the current Kwara State Polytechnic to a university. Former President Olusegun Obasanjo was responsible for turning the sod, but Governor Lawal’s administration did not move any further until his term ended in May 2003. On July 11, 2007, just two months into his second term in office, former Governor Bukola Saraki established a Technical Committee under the leadership of another former Governor of Kwara State, Alhaji Mohammed Sha’aba Lafiagi, to lay the groundwork for the foundation of the Kwara State University.

When that Committee finished its work in December 2007, an Implementation Committee led by Prof. Shuaibu Oba AbdulRaheem, the former Vice-Chancellor of the University of Ilorin, was formed on January 15, 2008 to draft the curriculum and develop the University’s masterplan. After a series of talks, the administration sent a bill to the State House of Assembly regarding the proposed Kwara State University, which was passed.

The Abdur-Raheem Oladimeji Islamic Foundation (AROIF) of Nigeria founded Al-hikmah University, Ilorin, Nigeria in 2005. On the 7th of January 2005, the Federal Government of Nigeria (Permission No. 010) granted the University a license to operate as a Conventional Private University. It began academic activity with 70 students in the 2005/2006 academic year, distributed between three (3) take-off colleges: (Humanities, Management Sciences, and Natural Sciences).

Agricultural Economics, Agricultural Extension and Rural Development, Animal Science, Crop Science, Soil Science, and Agricultural and Biosystems Engineering are among the six agriculture-related programmes offered by the university, which has graduated over 388 agriculture professionals. The school also has 1,059 hectares of farmland land, including 320 hectares on the university property in Omu-Aran, Kwara State, 354 hectares along the Omu-Aran-Ilorin highway in Eleyin Village, and 385 hectares in Agbonda, Kwara State.

In the pursuit of their agricultural revolution agenda, the university has formed partnerships with a number of renowned agriculture institutes, both in terms of research and practice, as well as a number of other institutions. The International Institute of Tropical Agriculture (IITA) and the National Space Research and Development (NASRDA) are two of these organizations.

Summit University, Offa, the University of Ansar-Ud-Deen Society of Nigeria (ADSN), is a product of many years of painstaking planning and harnessing of human and material resources. Indeed, the Society remains one of the foremost religious organizations with impressive record in the provision of education for Nigerian students at primary, secondary and tertiary levels irrespective of their religious and ethnic, geographical and political affiliations.

Ansar-Ud-Deen Society of Nigeria (ADSN) established Summit University, Offa as an Islamic-faith based institution to offer qualitative tertiary education to all Nigerians irrespective of religion, tribe, sex and creed. The University obtained its Provisional Licence (No. 59th private University) issued by the National Universities Commission (NUC) on March 5, 2015.

Crown-Hill University is saddled with the responsibility of promoting knowledge driven solutions through teaching, learning, research and character development driven by integrated information and communication technology facilities, linkages, and partnership with industries that will position the institution as the University for Enterprise Solutions. It is an NUC accredited private university located in Eiyenkorin, Ilorin, Kwara State, Nigeria.

The ethos of Thomas Adewumi University is excellence in education. The institution aims to attain world-class standard in the delivery of University education of the highest quality in Nigeria as well as to produce graduates that would contribute to rapid socio-economic development of the country. The Federal Government of Nigeria, through the National Universities Commission (NUC) licensed TAU as Private University on 8th April 2021.

Ahman Pategi University is one of the 20 private universities approved by the Federal Executive Council of the Federal Government of Nigeria on February 3, 2021. It is located on a 200-hectare parcel of land in Patigi, the headquarters of Patigi Local Government Area of Kwara State, Nigeria, Some 164 kilometres from Ilorin, the State capital. Patigi provides an agrarian community and conductive environment for academic activities.

The community is rich in natural resources fish, rice, sugar cane, ground nut, millet and melon, while mineral resources like granite, clay, kaolin, columnite, gold, quartz, iron ore, oolitic, tak and tonistone are also abundant in the area. The natural and mineral resources of Patigi are a boon to the commitment of the University to making a difference in agriculture and its allied disciplines as a way of impacting on the socio-economic development of the hosting community.