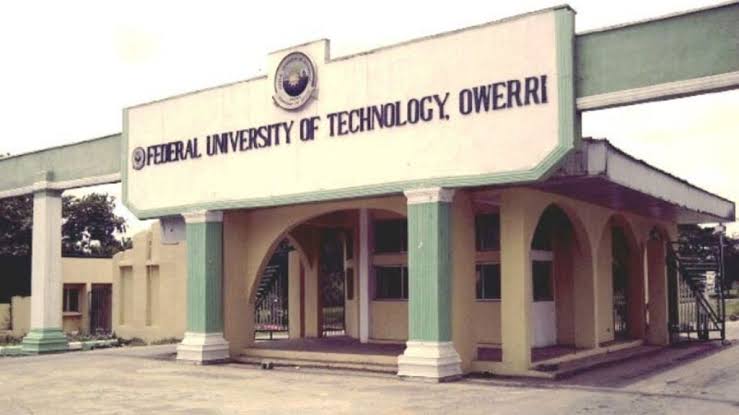 There are six universities located in Imo State today; of the six, one is owned and run by the Federal Government of Nigeria, two are operated by the Imo State Government, while the other three are privately owned. These universities are:

These universities are discussed in details below. Kindly continue reading to find out more.

The following is a comprehensive list of all universities, whether federal, State or private, located in Imo State, Nigeria this 2022:

The Federal University of Technology, Owerri (FUTO), is the oldest technology university in Nigeria, as well as one of the best universities to study engineering in Nigeria. The school was established in 1980 by executive fiat with the composition and appointment of the first provisional Council by the First Executive President of Nigeria, Shehu Shagari. FUTO became the first of three such Universities set up by the Federal Government of Nigeria who sought to establish a University of Technology in each geo-political zone in the country and particularly in a State which did not have a conventional University.

On November 28, 1980, in the premises of the Old Government Technical College (GTC), FUTO opened its doors to staff and students. In January 1982 the Imo State government approved a permanent site for the University. FUTO engaged Messrs Concarplan – Enplan Group (a firm of Consultants) to design the physical plan for the University. Located 25 kilometres south of Owerri, the selection of the site was guided by the advice of the National Universities Commission that a minimum area of ten thousand (10,000) acres or 4,048 hectares should be obtained based on the location, relative absence of human settlements within the area and other relevant factors.

The Federal University of Technology, Owerri (FUTO) is surrounded by a number of autonomous communities and homesteads all of which had contributed land acquired for the development of the School. These communities are Ihiagwa, Obinze, Umuoma, Nekede, Eziobodo, Avu, Okolochi, Obibiezena, and Emeabiam. It is bisected by a new road between Obinze and Naze which connects the two mentioned major roads. The Otamiri River traverses the site from North to South and with the beautiful vegetation in its river basin forms an important physical feature.

The Imo State University (IMSU), is the premier State University in Imo. It is also unofficially known as the Evan Enwerem University and it is located in Owerri, the capital City of the State. IMSU was established in 1981 through law No. 4 passed by the Imo State House of Assembly. Established with the vision of pursuing the advancement of learning and academic excellence, the university has been unrelenting in the pursuit of its mission of becoming a citadel of learning, a community with the trademark of excellence in teaching, research and service to humanity, a catalyst as well as an agent for development.

Eastern Palm University was established by Imo State law No. 13 of 2016. It is a State University that is situated in the serene and thriving business community of Ogboko in Ideato South Local Government Area of Imo State, Nigeria. The school was licensed to operate by the National Universities Commission (NUC) in 2016, and since then, it has aimed to be a world class university anchored on excellence and the research needs of all persons, irrespective of gender, nationality, religion or political conviction.

The Eastern Palm University (EPU) offers unique education that equips students with contemporary, theoretical and practical know-how that assists them in solving problems of the society. In addition to meeting regulatory requirements of the National Universities Commission (NUC) and other national and international bodies, Eastern Palm University adheres to global best practices in University education, and its practices are anchored on excellence, relevance and character.

Hezekiah University, Umudi is privately owned by Living Christ Mission Inc., a Pentecostal Church located in Imo State. The University was established as a private university in May 2015 under the license of the Federal Government of Nigeria. The idea to start the Hezekiah University was initiated in 2004 after which the initial contact with the National Universities Commission (NUC) was made and the application forms for the establishment of the university were obtained to begin the process of obtaining license for the university. The university is a direct response of the Living Christ Mission Inc. to the crisis of access to university education facing the annual mass of qualified applicants seeking admission into existing Nigerian universities.

Hezekiah University is envisioned as the vehicle, amongst others already in place, by which the Church can influence its congregation, its immediate community and indeed Nigeria. The University has two campuses with a total land area of 113.7 hectares both of which are located at Umudi in Nkwerre Local Government Area of Imo State. The take-off Campus is located on 13.1 hectares piece of land, while the main Campus which has a total area of 100.6 hectares is about 4.0 km away from the take-off Campus.

The Claretian University of Nigeria is a private university in Imo State that was founded by the Claretian Missionaries of the Roman Catholic Church in Nigeria and reflects the same spirit and mission of the Claretians. The University was established to support the Imo State Government in her laudable policy of creating access to tertiary education for the youths of Imo State and Nigeria in general. The University’s approach is pragmatic, and their students have access to a wide range of opportunities that would not be accessible to other tertiary students in the West African sub-region. It is their intent to emerge as a leader in translational research and academia and to change the landscape of education in Nigeria and beyond.