In this article, we shall be discussing about the full list of all universities located in Edo State currently in this year 2022. Edo State is a State in the South-South geopolitical zone of Nigeria. It is home to the ancient Benin Kingdom which at the height of its powers, was a major force to be reckoned with in the whole of West Africa. Present day Benin City, the State’s capital, is Nigeria’s fourth largest City and the centre of the country’s rubber industry. Edo State, formed in 1991 from the former Bendel State, is bordered to the northeast by Kogi State, to the east by Anambra State, to the southeast by Delta State, and to the west by Ondo State. 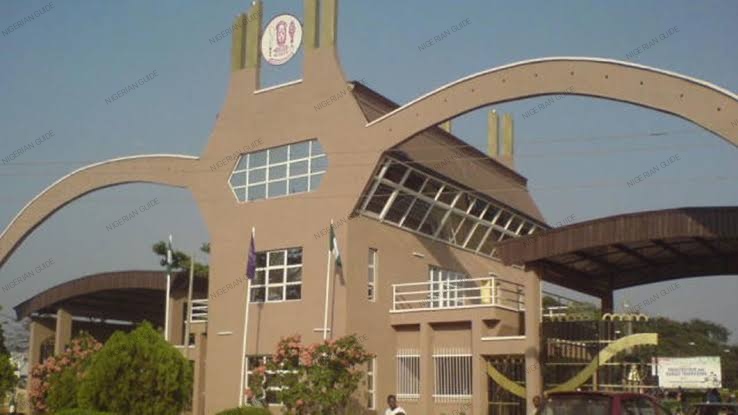 Edo State has eight universities, one of which is run by the Federal Government of Nigeria, two by the Edo State Government, and the remaining five by the private sector. Without further ado, the following universities in Edo State, Nigeria, will be discussed in detail as this article progresses:

The following is a comprehensive list of all universities located in Edo State this 2022, explained in details below:

Today, the University has continued to grow from strength to strength with a number of Faculties, Departments, Institutes and Units. Following NUC’s directives, the University experimented with the Collegiate System in 1991/92 and 1992/93. Faculties at the University of Benin include the following:

Presently, the total student enrollment stands at over 40,000 made up of both full-time and part-time students shared among the various Faculties. In 1985, Grace Alele-Williams became Nigeria’s first female vice-chancellor when she was appointed to head the University of Benin. She served as its vice-chancellor until 1991.

The University is also famous for ground breaking research work with other universities around the world and with both local and international bodies such as USAID, Ford Foundation, UNCF (United Negro College Fund), RMRDC (Raw Materials Research & Development Council of Nigeria) amongst others in the areas of Agriculture, Public Health and Engineering to name a few.

Ambrose Alli University (AAU) is a Nigerian State university located in Edo State . It was founded in 1981 by Ambrose Folorunsho Alli, Governor of Bendel State (now Edo and Delta States). AAU is accredited and recognized by the National Universities Commission (NUC). It was originally known as Bendel State University, then Edo State University, and finally changed its name to honour professor Ambrose Folorunsho Alli. The institution’s information resources are housed in the Ambrose Alli University Library. Ignatius A. Onimawo, the former vice-chancellor of the University, is credited with pioneering the deployment and application of information and communications technology (ICT) in all aspects of the institution’s day-to-day operations.

Edo State University Uzairue is a fee-paying institution of world–class standard. The purpose for establishing the University is to meet the increasing demands for quality tertiary education in Edo State in particular and Nigeria in general. The Edo State Government also realised that developing human capital through quality education is the key to meaningful development of the State, hence the need to establish a University that will provide quality education.

After the establishment of Church of God Mission in the 1960s, Archbishop Benson Idahosa of blessed memory received specific directions from God to venture into the area of education, starting from Nursery education to the University level. By 1981, the Vision of Christian Faith University (CFU), which was later renamed Benson Idahosa University, had matured in the mind of the Archbishop. But the actualization of the vision had to be suspended to provide room for the establishment of the highly reputable Word Of Faith Group Of Schools (Nursery, primary and secondary) in the 1980s.

In 1992, Archbishop Benson Idahosa applied to the Honourable Minister of Education for a licence to establish and operate a private University. Following this development, an expert team of Academics and Professionals was set up to prepare a feasibility report, an Academic Brief and develop a Master Plan for the proposed University. Operating as the institute of continuous learning (ICL), the proposed University organised academic and professional programmes for young students.

In 1998, Christian Faith University became Benson Idahosa University and F.E.B Idahosa became the university’s second president. In February 2002, ten years after the application to start a private University, the Federal Government, acting through the National Universities Commission (NUC), graciously granted Benson Idahosa University license to operate. The University started operating as a fully licensed institution in March 2002 with an initial student enrolment of 400, registered into two faculties (Faculty of Arts, Social Sciences,Education and Faculty of Basic and Applied Sciences).

Samuel Adegboyega University, Ogwa, Edo State was founded by The Apostolic Church Nigeria, Lagos, Western and Northern Areas (LAWNA) Territory. The University was named after Pastor Samuel Adegboyega, MON, who was one of the eminent founding fathers of The Apostolic Church Nigeria; the first LAWNA Territorial Chairman and first field superintendent of TAC, West African Region. As a national icon, he was appointed Honorary Juror in the Nigerian Judiciary and Associate Jury of the juvenile court. The Institution received licence from the National Universities Commission (NUC) on Monday March 7, 2011 as the 45th Private University in Nigeria.

Wellspring University was founded by Management Science Centre, a Professional Training and Educational Consulting Firm established in 1983. The centre, which has a long-standing history of excellent performance in this subsector, commenced business as a tutorial centre for degree students of the then Correspondence and Open Studies Institute of the University of Lagos. The Centre coached students in Bachelor’s degrees in Accounting, Business Administration and Education, as well as the Master of Business Administration (MBA). With an initial enrolment of five hundred (500) students in 1983, the centre trained sizable population of the part-time and executive students in the University of Lagos, many of them graduating in Second Class (Upper Division).

Between 1995 and 2003 the centre operated joint venture programmes with Ambrose Alli University to run the former Lagos Satellite campus of the University, offering undergraduate and postgraduate degree courses. Furthermore, the centre collaborated with University of Ibadan in 1995 to run diploma courses, and Auchi Polytechnic in 1993 for certificate courses. Against the background of more than thirty years’ experience in this subsector, it is safe to posit that University Education is MSC’s core area of operation and competence.

Aside of tertiary education, the Centre is a major investor in secondary education in Nigeria. Being the owners of Wisdom Gate High School and Wellspring College founded in 2003, both of which are first rate secondary schools located in the highbrow areas of Lagos State. The Centre also established Cornerstone College of Education, a sub degree tertiary institution.

Having established a solid and credible pedigree in running undergraduate and post-graduate programmes through collaboration with notable tertiary institutions in Nigeria, the Centre applied to the National Universities Commission (NUC) for a license to operate a private University. In November 2009, Wellspring University was issued a provisional license as one of the Private Universities in Nigeria.