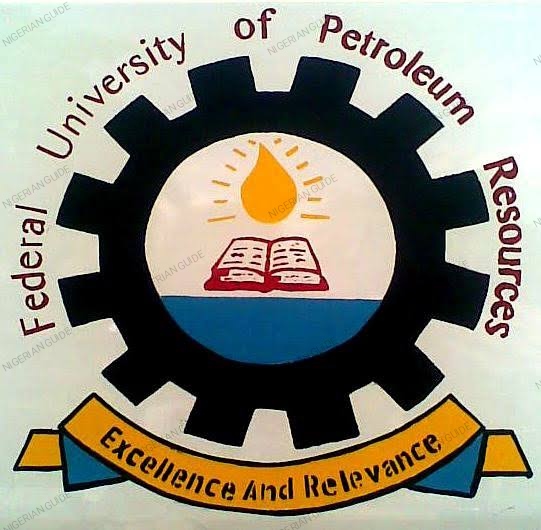 The following are the 9 universities located in Delta State of Nigeria this 2022:

The Federal University of Petroleum Resources Effurun (FUPRE) in Delta State, Nigeria, was formed and approved during a meeting of the Federal Executive Council on March 14, 2007, and began accepting undergraduate students in 2008. The institution was founded as part of a Nigerian government attempt to construct a specialized university in the Niger Delta to produce people and knowledge for the oil and gas industry.

The Federal Ministry of Transport acting through the Nigerian Maritime Administration and Safety Agency (NIMASA), and in the execution of its mandate, proposed the establishment of the Nigeria Maritime University, Okerenkoko, Warri South West Local Government Area, Delta State, Nigeria. Okerenkoko, where the permanent site of the University is located sits on the left bank of the Escravos River noted for shipping and inland water borne transportation. The Escravos River opens into the Atlantic Ocean and it is a preferred route for ocean-going vessels engaged in the oil and gas industry.The University was established in response to the chronic shortage of professional human capital and global competitive technical know how in the maritime industry and economy.

The global maritime economy has become increasingly knowledge driven, necessitating the production of local high level professionals imbued with requisite dosage of nationalism and patriotism. In February 2018 the National Universities Commission (NUC) gave approval to commence degree programmes in the University. To enable the University commence academic activities in the 2017/2018 academic session a well-developed temporary site located at Kurutie town has been acquired for the University. The University took off with three Faculties, thirteen Programmes/Departments and a school of Basic studies.

The Delta State University, Abraka, popularly known as DELSU, was founded on the 28th of April, 1992 to provide university education to Deltans in particular and all who sought an excellent tertiary learning experience. The University started as a Government Teacher Training College, offering Grade II Certificate (TC II) before Nigeria gained her independence in 1960. It metamorphosed into a College of Education for the award of the Nigerian Certificate of Education (NCE). The College was affiliated to both the Universities of Benin, Benin City and Temple University, in the United States of America offering degree and Postgraduate Degree Programmes up to the early 1990s.

In 1995, the edict establishing the Delta State University was amended with the establishment of a third campus at Oleh, thereby creating campuses across the three senatorial districts of Delta State in then administration of group Captain Ibrahim Kefas as Governor of Delta State.

Further on, in 2021, with Senator (Dr.) Ifeanyi A. Okowa as Governor of Delta State, the law establishing the Delta State University was again amended with the Asaba Campus upgraded to an independent University while the existing Faculties were moved to Abraka main campus. The amendment is as reproduced hereunder:

(3) “The University shall have two campuses, with the main campus at Abraka and the other campus at Oleh…”

Oleh Campus, the site formally occupied by the St. Michael’s Teachers’ College, Oleh was later occupied by a Secondary School known as St. Michael College. Currently, it is a campus of the University which houses the Faculties of Law and Engineering. It also houses a Moot court, a Library with e-learning centre, students’ hostels, sporting facilities and a health centre.

The mission of the Dennis Osadebay University, Asaba is to provide tradition of excellence in teaching, research, innovation, entrepreneurial skill and competence endeavors toward meeting societal needs, and their mission is to be a leading Transformational University for the Empowerment of all stakeholders leveraging on technology.

Edwin Clark University, which opened its doors in May 2015, is poised to provide an academically rigorous education in a creative community where learning and values collide, fostering creative qualities of mind and heart in students and preparing them to reach their full potential as informed citizens of their communities, Nigeria, and the world at large. Personal and social responsibility, as well as their intellectual, personal, and spiritual growth as responsible global citizens, are key to their subject and ideals.

Their strategic plan is forward-thinking, focusing on innovation, academic excellence, and recruiting teachable and best students for ECU, as well as intensive community engagement, a robust Student academic programme, functional campus infrastructures, and a conducive, safe, and great place to work and study.

The Michael and Cecilia Ibru University (MCIU) has been established to produce high-quality graduates of international standard, who can compete favourably with their counterparts anywhere, anytime in the world. The programmes and academic calendar are designed to enable students to graduate within the stipulated period and duration of the study. Students shall graduate with quality head knowledge, skills, competencies and high moral integrity. Work ethics of diligence and passion for excellence are inculcated into undergraduates.

MCIU was granted an operating license on March 5, 2015, by the Government of the Federal Republic of Nigeria to “operate as a Private University in Nigeria”. MCIU has positioned herself to be a premier higher institution of learning in Nigeria; which shall, in every sense and standard, be renowned for providing quality and cutting-edge education. In January 2019, Michael and Cecilia Ibru University was fully (100%) accredited for all its courses by the National Universities Commission (NUC).

Novena University has been established to meet the yearnings and aspirations of the youths and women who are unable to get opportunities for education since the spaces available in existing institutions cannot accommodate a good percentage of those who apply each year in Nigeria for admission. Their interest as you stay with this university is to create a pathway for a life journey, which is a time of great personal growth.

Their programmes are like an onion as they provide education which encourages critical and intuitive thought, adding layers of understanding to one’s view of the world and developing the skills needed to participate in the occupational environment as well as interpersonal relationships.

Western Delta University was founded by a group of Urhobo Scholars under the auspices of the Urhobo Advancement Foundation (UAF) who saw the need for a privately financed university in the wetlands of Delta State, Nigeria. Since its establishment in 2007, WDU has offered access to a wide range of academic opportunities.

The university fosters a community of scholars and students who are committed to the pursuit of research and professional practice for the advancement of society. It is also driven by a passionate desire to uphold the highest ideals of public service, professionalism and philanthropy.

The Admiralty University of Nigeria (ADUN) was established as a Public-Private-Partnership (PPP) through the joint efforts of Nigerian Navy Holdings (a subsidiary organization of the Nigerian Navy) and Hellenic Education Nigeria – (a private consultancy, with international educators) as main partners.

The objectives of the University are manifold: to expand the frontiers of knowledge in various academic disciplines in Nigeria; to use University education as a tool towards development and the enhancement of human welfare; to meet the challenges of nation building in Nigeria; and to address the acute shortage of personnel in various sectors of the economy in Nigeria.

The main campus of the University is located in Ibusa – Ogwashi-Uku Expressway, Delta State, about 20km from Asaba, the Delta State Capital. The University also has another campus located on 203 acres of land at the existing site of the Nigerian Navy Engineering College, in Sapele (Sapele Local Government Area). Both campuses of the University are well developed for academic activities.