This article contains the full list of all Grammy Award winners from Nigeria. We shall be giving you a rundown of the all time list of music artists either from Nigeria or of Nigerian origin that have won the Grammy Awards, which is recognized the world over as the highest musical accolade ever. Do kindly continue reading to find out more. 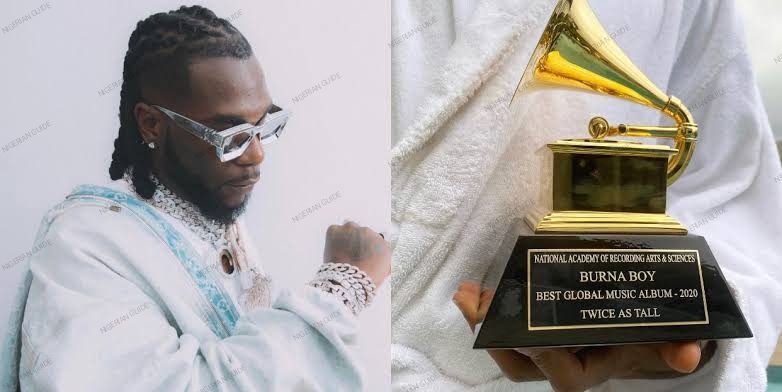 Over the years, the Nigerian music industry has grown at an exponential rate, and that growth has come with a growing desire for international prominence and supremacy. Various Nigerian musical artists have pledged to bring home a Grammy award over the years, as the renowned award is considered world music’s highest honour.

Some of the musicians who have promised but failed to deliver a Grammy award to Nigerians include Skales, Terry Apala, Vic O, 9ice, Blackmagic, to mention but a few. Burna Boy, in the year 2020, was tasked with taking home the accolade, and despite the fact that he did not promise fans a Grammy, music fans across Africa were ecstatic when the “Killin Dem” hitmaker received a Grammy nomination.

Burna Boy received a nomination for his “African Giant” album under the “World Music Album” category from the National Academy of Recording Arts and Sciences, which handles the Grammy Awards. Altin Gün for “Gece”, Bokanté & Metropole Orkest Conducted By Jules Buckley for “What Heat”, Nathalie Joachim With Spektral Quartet for “Fanm D’ayiti”, and Angelique Kidjo for “Celia” were among the nominees.

Burna Boy’s victory would undoubtedly be a victory for African music as a whole, but he was defeated in 2020 by Angelique Kidjo. He came back stronger in 2021, winning in the same category with his album “Twice As Tall”. He was not the only one who won a Grammy that night; Nigerian superstar singer Wizkid also won a Grammy for his contribution to Beyonce’s song “Brown Skin Girl”. Jenn Nkiru, a British-Nigerian filmmaker, co-directed the music video for “Brown Skin Girl”, which means that she also went home with a Grammy. With that in mind, let us now take a look at the full list of Nigerians to have ever won the Grammy awards.

FULL LIST OF ALL GRAMMY AWARD WINNERS FROM NIGERIA (ALL TIME)

The following is the all time list of Nigerian musical artists who have won the Grammy Award:

Michael Babatunde Olatunji was a Nigerian drummer, educator, social activist, and record producer. Olatunji worked on Mickey Hart’s Planet Drum projects alongside Sikiru Adepoju, notably the album Planet Drum, which received the Grammy Award for Best World Music Album in 1991, the first year the award was presented in this category.

Lekan Babalola, a Nigerian jazz percussionist and musician, was born in 1960 and began playing the conga at a young age. He has seven albums to his credit, as well as two Grammy nominations. He began his professional career after joining the Samba Samba Band and later Art Blakey’s Jazz Messengers bands in New York City, where he honed his skills on the Bongo drums and performed jazz music. He won the Grammy Award in 2006 for his contributions to Ali Farka Touré‘s “In the Heart of the Moon”, for which he was recognized on three tracks. In 2009, he earned a second Grammy Award for his work on Cassandra Wilson‘s “Loverly”, a 2008 album.

Henry Olusegun Adeola Samuel was born in 1963 and goes by the stage name Seal. He is a British-Nigerian musician, singer, and songwriter who is best known for his popular song “Kiss from a Rose”, which he released in 1994. He has 14 Grammy nominations and has won four of them. In 1996, his song “Kiss From A Rose” won him three Grammy Awards, and in 2011, he won his fourth with “Imagine”. He holds the record for the most Grammy awards won by a Nigerian.

Hakeem Temidayo Seriki, better known by his stage name Chamillionaire, was born in Washington DC, to a Muslim Nigerian father and an African-American Christian mother. They later moved from Washington DC to Houston, Texas when he was four years old. In 2007, he won a Grammy for his song “Riddin” in the category of Best Rap Performance by a Duo or Group. That year, he garnered a total of four nominations.

Kevin Olusola is the son of Nigerian father Oluwole Olusola and Grenadian mother Curline Paul. He was born in Owensboro, Kentucky. Olusola is a musician, beatboxer, cellist, rapper, record producer, vocalist, and composer best known for his work with the singing group Pentatonix as the beatboxer. He is the recipient of three Grammy awards. Pentatonix received a Grammy for their song “Daft Punk”, a mashup of Daft Punk tracks, on February 8, 2015, in the category of “Best Arrangement, Instrumental or acappella”. The group later won the Grammy for “Dance of the Sugar Plum Fairy” from their “That’s Christmas to Me” album on February 15, 2016, in the same category. Pentatonix also won a Grammy for “Jolene”, a song featuring Dolly Parton, on February 12, 2017, in the category of “Best Country duo/group performance”.

Burna Boy’s “Twice As Tall” album, which won big in the Global Music category at the Grammy Awards in 2021, is no small feat. Many believed he was still deserving when he lost to Angelique Kidjo of the Republic of Benin in 2020. Burna’s talent, genius, and grandeur has been officially praised by Kidjo. The African Giant didn’t hide in his corner and mope.
Before the end of 2020, he released a no-skip record, which put him in the running for consideration in 2021. Although he failed to land the coveted prize in 2022, his status as an A grade Nigerian artist has been reinforced through his nomination over three years in a row.

Wizkid won the Grammy in 2021 thanks to his appearance in Beyonce‘s “Brown Skin Girl” music video. Wizkid has been on the verge of winning a Grammy for a few years running. Although his monster hit duet with Drake, “One Dance,” was ignored by the Grammys, the album on which the song appears, “Views”, was nominated for Album of the Year. Wizkid is credited as a producer and a featured artist on the 2016 album.