This article is about the full list of all dams and reservoirs in Nigeria this 2022 and their locations. Our country, Nigeria is a large country that is blessed with an abundance of dams for its electricity needs. While it is true that many of these dams or reservoirs are constructed for the purposes of generating hydro-electric power for the country, a decent number of them have also been constructed for agricultural purposes via irrigation to compliment the low mean annual rainfall in many parts of the country especially in the North. 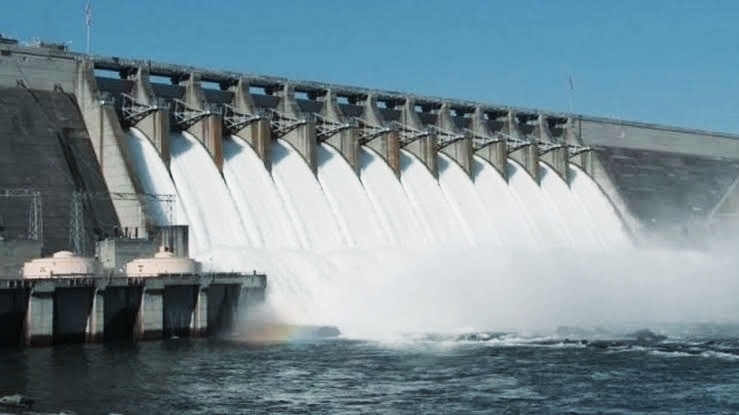 In order to generate electricity that is distributed via the national grid to every part of the country, hydro-electric plants make use of the water that is stored in these large dams or reservoirs and this is brought about when the water is released, flowing through the turbines, and spinning them very rapidly in the process which activates the generator to produce electricity. So in a nutshell, a dam or reservoir is a large barrier that is built over a large body of water to hold it back and store it for the purposes of generating electricity or for water supply.

FULL LIST OF ALL DAMS IN NIGERIA 2022 AND THEIR LOCATIONS

The following is a comprehensive list of all man-made dams or reservoirs in Nigeria this 2022 and their locations:

The Jebba dam is another major dam in Nigeria that plays a significant role in the generation of hydro-electric power. It is the second of three important dams located in Niger State, Jebba Town precisely, a town that spans both Kwara and Niger States respectively. Jebba dam is earth and rockfill and is coupled with several auxiliary dams and infrastructure. The main dam is located to the south and its imperviousness is secured by an upstream blanket.

The powerhouse is equipped with six turbines and six turbine-alternator groups. Each of the propeller turbines is rated at 96.4 MW for a net head and 102 MW at maximum output. The total nominal power installed is 578 MW. Jebba Dam comprises of the civil dam structures, the bottom gated spillway, the hydroelectric powerhouse with turbines, generators, and a navigation lock, with monitoring and control systems to all these, and M&E appurtenant works.

These all make up a continuous structure of about 2,000 metres crest length. The civil dam structures include a main rockfill dam and a saddle dam, and four auxiliary dams comprising an embankment dam and three gravity concrete structures. The Jebba Dam stores and safely releases water to generate hydroelectric power, provide flood protection and, originally, support navigation.

Shiroro dam is the third of three major dams located in Niger State, the first two being the Kainji and Jebba dams respectively, and it spans across the Kaduna River. Shiroro dam commenced operations in the year 1990 and it contributes immensely to the generation of hydro-electric power in Nigeria. The dam site has a reservoir and a power house building comprising of several support services.

The Challawa Gorge dam is located in Karaye, Kano State in Northern Nigeria. It is 90 kilometres southwest of Kano, the Capital City of Kano State and is under the control of the Hadejia Jama’are River Basin Development Authority, a Federal Government Agency. This dam was built to enhance the capacity of water supply to Kano and it is a major reservoir on the Challawa River, a tributary of the Kano River, which is the main tributary of the Hadejia River.

Construction of the Challawa Gorge dam project was started by the Water Resources and Engineering Construction Agency of the Kano State Government, after which it was handed over to the Federal Government of Nigeria who continued to fund the project until it was completed. The contract for the dam was awarded to Julius Berger Nigeria and between in 1990 – 1992, it was fully constructed using rock fill construction.

It is 42 metres high and 7.8 kilometres in length. The dam has a full storage capacity of 904,000,000 square metres and the direct catchment area is 3857 square kilometres. The Challawa Gorge dam in Kano State is used for irrigation purposes, as well as the supply of water to Kano city and other towns and settlements along the river system. It also aids fisheries and livestock development and serves as a recreation centre.

The Dadin Kowa Dam is located in Gombe State, it is an earth dam with a concrete spillway containing three gates that control the water level in the reservoir. The Dadin Kowa dam was constructed by the Federal Government of Nigeria in 1984, and it sits on the Numan River. Its purpose is to provide water and electricity to the region especially to the Gongola sugar plant.

The Goronyo dam is located in Sokoto State. It was commissioned in the year 1992 although its construction was completed as far back as 1984. The Goronyo dam provides important functions for the control of flooding, provision of downstream water supply and the release of water for irrigation in the dry season.

The Gusau Dam spans the Sokoto River and it is located in Gusau, the capital city of Zamfara State, the home of Sharia in Nigeria with the slogan, “farming is our pride”. The dam was built to supply water to neighbouring communities but is currently unable to supply at full capacity.

The Ikere Gorge Dam was constructed for the comprehensive development of water resources potential of the basins of Ogun River. It is located 33 kilometres north-east of Iseyin, in the Iseyin Local Government Area of Oyo State. There are four rivers, which are feeding water to the reservoir and the major share has been contributed by the Ogun River (85%). The dam was planned to generate 3,750 units per hour of electricity through turbines.

The Jibiya Dam is located in Katsina State, it was designed in 1987 and completed in 1989 to support irrigation and water supply. The landscape at the dam site is sub-desert except in the rainy season. It is located in a semi-arid part of Nigeria where rainfall hardly extends beyond four months, with most watercourses and rivers dry for eight months a year.

The Kiri Dam is located in Adamawa State.
Construction of the dam or reservoir was completed in 1982 and it was built to provide irrigation for the Savannah Sugar Company (SSC) which has now been acquired by Dangote Industries. The dam was built for water supply.

Other worthy mentions include the following: