In this article, we will be discussing about First Bank of Nigeria (FBN) salary structure this 2023, with a view of knowing just how much they pay their staff members per month. Many Nigerian banks pay attractive monthly salaries, this is a dream for a host of fresh graduates seeking employment at some of the reputable companies in the financial sector, and FBN offers them just that and a clear path for career growth. 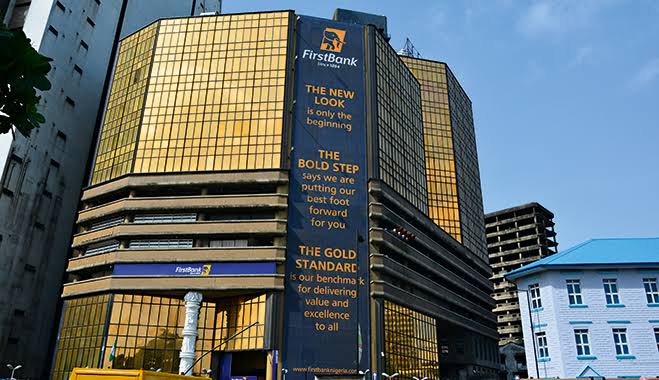 First Bank of Nigeria Limited, known simply as FirstBank, was established in 1894, and as its name implies, it is the first ever Bank in the entire West African region, and Nigeria’s premier bank brand which also doubles as the leading financial services solutions provider in the country. This financial institution was founded by Sir Alfred Jones, a shipping magnate from Liverpool, England. With its head office originally in Liverpool, the Bank commenced business on a modest scale in Lagos, Nigeria under the name, Bank of British West Africa (BBWA).

Building on of its solid foundation, the Bank has consistently broken new ground in the domestic financial sector for over a century and two decades. FirstBank is present in the United Kingdom and France through its subsidiary, FBN Bank (UK) Limited with branches in London and Paris; and in Beijing with its Representative Offices there.

As the global operating environment evolves, FirstBank has kept pace, responding to the dynamic needs of its customers, investors, regulators, host communities, employees and other stakeholders. Through a balanced approach to plan execution, FirstBank has consolidated its industry leadership by maintaining trans-generational appeal. Thus, the Bank has continuously boosted its customer-base, which cuts across all segments in terms of size, structure and sectors.

Leveraging experience spanning over a century of dependable services, FirstBank has continued to build relationships and alliances with key sectors of the economy that have served as strategic building blocks for the wellbeing, growth and development of the country. With its huge asset base and expansive branch network, as well as continuous re-invention, FirstBank is Nigeria’s strongest banking franchise, maintaining market leadership on all fronts in the nation’s financial services industry.

FIRST BANK OF NIGERIA (FBN) LIMITED SALARY STRUCTURE 2023: HOW MUCH THEY PAY THEIR STAFF

For many people who want to know what First Bank pays its workers, we have authentic information in that regard and we will be looking at the salaries of a select number of professionals at this top financial institution in Nigeria today.

Contract staff at First Bank of Nigeria Limited are paid monthly basic salaries in the range between ₦82,000 – ₦120,000 this 2023, amounting to a total yearly salary between ₦984,000 – ₦1.4 million. These monthly earnings are hugely dependent on the outsourcing company which a particular First Bank contract staff is under.

WHAT IS THE MONTHLY BASIC SALARY OF FIRST BANK ENTRY LEVEL STAFF?

The starting salary for entry level workers at First Bank of Nigeria Limited per month this 2023 is about ₦176,000, which totals a yearly basic income of ₦2.1 million. Other monetary benefits when added to their monthly income, improves their salary package significantly. Entry level staff members at First Bank of Nigeria Limited are fresh graduates recently recruited into the company.

Banking Assistants at First Bank are experienced members of staff at the bank who are paid monthly salaries of about ₦203,000, which is just over ₦2.4 million a year, excluding other benefits.

Assistant banking officers at First Bank of Nigeria Limited are paid ₦300,000 or more per month. Their salary per year totals ₦3.6 million or more.

Banking officers at First Bank are paid monthly salaries of about ₦400,000 or more, and this totals about ₦4.8 million every year, excluding allowances and bonuses. This position comes with a lot of responsibilities.

The monthly salary that senior banking officers receive at First Bank of Nigeria Limited is about ₦500,000 or more depending on their job responsibilities, and in a year, these earnings total about ₦6 million or more. To get to the position of senior banking officer, one must be very highly cerebral and because the position is really very competitive, one must endeavour to work really smart at all times.

HOW MUCH DO ASSISTANT MANAGERS EARN AS MONTHLY TAKE HOME PAY AT FIRST BANK OF NIGERIA?

Assistant managers at First Bank are paid monthly salaries in the range between ₦700,000 – ₦800,000, which when summed up in a year, amounts to incomes in the region between ₦8.4 million – ₦9.6 million. These groups of First Bank staff are saddled with a lot of responsibility.

Managers at First Bank earn really high figures as salaries per month. As at the time of writing this article, we could not establish the exact figures. Deputy managers, senior managers and principal managers all earn very attractive sums at First Bank of Nigeria Limited, and as time goes by, we will update you our esteemed readers on the various figures when the information is made available.