Adedamola Adefolahan, popularly known by his stage name, Fireboy DML, is a Nigerian singer, song writer, entertainer and stage performer. He was born on February 5, 1996 to the Adefolahan family, and he is a native of Abeokuta, the capital city of Ogun State, Nigeria. He is currently signed to YBNL Nation, an independent record label owned by Olamide, one of the most popular musicians in Nigeria presently. 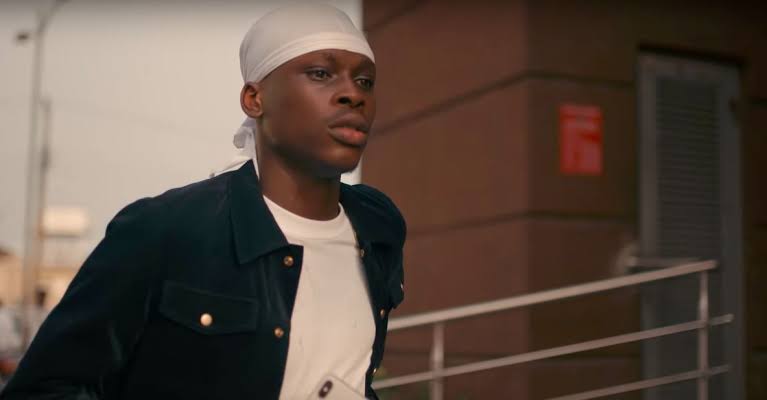 Fireboy DML grew up in Abeokuta, where he completed both his primary and secondary education, after which he proceeded to the prestigious Obafemi Awolowo University (OAU), Ile-Ife in Osun State, where he obtained a degree in English Language.

It was while in the university in Ile-Ife that Fireboy DML began to exhibit his talent for music and this made him popular at school. The musician was signed under the YBNL music label in 2018 by Olamide to replace another YBNL sensation, Adekunle Gold, who left in pursuit of greater things in his own music career. The signing was confirmed by the YBNL CEO who posted a welcome note on Instagram in late 2018.

Fireboy DML came to the fore in his music career in 2019 for Nigerians to take notice when he released his hit single Jealous. The song was truly a success and became something of some sort of a national anthem among many Nigerians in that it spread so fast and got millions of people in the country singing to it.

The song also made it to the top 5 of almost every listing and music billboard charts in the country in 2019. Fireboy DML has indeed taken the country by storm and has continued to show signs of improvement in his music career since his first major breakthrough.

One of the things he has in his favour is that the Nigerian music scene is very open to talented artistes and rising stars in the music industry who are more than willing to take their opportunities no matter how few they are, and because Nigeria has the population to make a very large following, once you become a hit, you and your songs will always be sort after, this is what has kept Fireboy DML relevant in the entertainment industry of the country today.

Fireboy DML is currently worth about ₦600 million this 2023, with the bulk of his wealth coming from album sales, events and endorsement deals. Fireboy DML is one of the best musicians in Nigeria today.

Fireboy DML has two studio albums to his name, the first, “Laughter, Tears & Goosebumps” was released in 2019 and it comprises of thirteen (13) tracks of which songs like “Vibration” and “Like I Do” were major hits still very much played in the Nigerian air waves.

Some of Fireboy songs include the following:

At The Headies 2019, Fireboy DML was nominated for The Headies Viewers Choice Awards, a voting category to award the fans’ favorite musical artiste with the most digital tractions (downloads, views, streams) in the year under review. He did not win as Teni went home with the prize. Still very much early days for they young musician as he is expected to make his mark in the industry.

HOUSE AND CARS OWNED BY THE ARTISTE

On March 12, 2021, Fireboy became the proud owner of a mansion in Lagos State, and he took to his Instagram handle to share the good news with his fans and followers, with the caption, “beyond blessed”. In his fleet of cars include the Toyota RAV4 which is his regular car that he is seen most of the time in, whether it is when he is making thriller videos or driving to see his friends. Fireboy DML also has a Mercedes Benz GLK which costs an estimated ₦10 million which he drives to important events.