Fidelity Bank salary structure in Nigeria 2023 is what this article is all about and we have given a detailed breakdown of the average monthly earnings of the staff members at this financial institution for some selected positions ranging from graduate trainee to entry level, all through to senior banking officer level which terminates at the Fidelity Bank branch manager salary per month. Kindly read along to find out more. 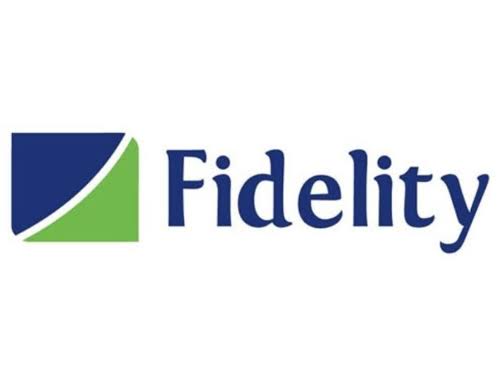 Fidelity Bank is a full-fledged commercial bank licensed by the Central Bank of Nigeria (CBN), and operating in the country with over 5 million customers who are serviced across its 250 business offices and various other digital banking channels.

Focused on select niche corporate banking sectors as well as Micro Small and Medium Enterprises (MSMEs), Fidelity Bank is rapidly implementing a digital based retail banking strategy which has resulted in exponential growth in savings deposits over the last Six (6) years, with over 40 percent customer enrollment on the Bank’s flagship mobile/internet banking products.

Quoted on the Nigerian Stock Exchange (NSE), Fidelity Bank Plc began operations in 1988 as a Merchant Bank. In 1999, it converted to Commercial Banking and then became a Universal Bank in February 2001. The current enlarged Fidelity Bank is a result of the merger with the former FSB International Bank Plc and Manny Bank Plc in 2005.

Fidelity Bank currently has presence in all the States and Major cities in Nigeria, over the years the bank has been reputed for its financial stability and integrity. Fidelity continues to rank among Nigeria’s most capitalized banks, with tierone capital of nearly USD 1 billion (One Billion US Dollars).

FIDELITY BANK SALARY STRUCTURE IN NIGERIA 2023: HOW MUCH THEY PAY THEIR STAFF

Many curious people may have wondered just how much Fidelity Bank Plc pays their workers as salaries per month. The monthly take home pay of Fidelity Bank staff is as good as other companies in the financial sector when compared side by side, and their employees are also paid certain benefits which further boosts their earnings and this is determined by the bank. That said, we will only look at the basic salaries of a select group of staff members at the bank to give you an idea just how much these professionals go home with every month end. Below are the details.

HOW MUCH ARE INTERNS/IT STUDENTS PAID AS SALARY AT FIDELITY BANK PER MONTH?

This 2023, interns and students undergoing their industrial training (IT) at Fidelity Bank are paid monthly salaries in the range between ₦10,000 – ₦15,000, which totals ₦120,000 – ₦180,000 per annum. The amount is paid for the entire duration of their short stay at the bank, either for six months for university students or one year for polytechnic students.

Seeing that they are there to get experience in the field related to their course of study after which they are to go back to school to continue studying, they are not full staff members and are not fully integrated into the bank upon successfully completing their training. On certain occasions, the company may promise to retain exceptional interns upon graduation and NYSC completion.

HOW MUCH DOES FIDELITY BANK PLC PAY THEIR GRADUATE TRAINEES AS SALARY PER MONTH?

Graduate trainees at Fidelity Bank Plc are paid the sum of ₦60,000 as their monthly salaries which totals ₦720,000 per year, and this is effective throughout the period of their training at the bank. Graduate trainees are executive trainees newly recruited into the bank that are prepared for future senior positions or roles at the bank, and they mostly start their careers at entry level when their training is complete. They are expected to rise up the bank hierarchy with time and experience.

WHAT IS THE SALARY PER MONTH OF ENTRY LEVEL WORKERS AT FIDELITY BANK PLC?

Fidelity Bank Plc pays their entry level workers a monthly salary of about ₦140,000 this 2023 which amounts to ₦1.6 million every year. Entry level staff at the bank also get certain allowances and bonuses apart from their basic salaries and they are also entitled to receive free healthcare, vehicle allowance, performance bonuses, and other benefits as the bank sees fit.

WHAT IS THE MONTHLY SALARY OF FIDELITY BANK BRANCH MANGERS IN NIGERIA TODAY?

On the average, Fidelity Bank Branch Managers are paid monthly salaries ranging between ₦700,000 – ₦1 million, which totals yearly salaries between ₦8.4 million – ₦12 million. Bank managers are the highest paid staff members at every branch of the bank. They oversee the day-to-day running of their various branches and hold key decision making powers also. Apart from their monthly earnings, they are also entitled to certain other monetary and material benefits.