This is the biography and net worth of Michael Collins Ajereh, popularly known as Don Jazzy. In this post, we shall take a look at his endorsement deals, songs and more. He is the founder and CEO of Mavin Records. 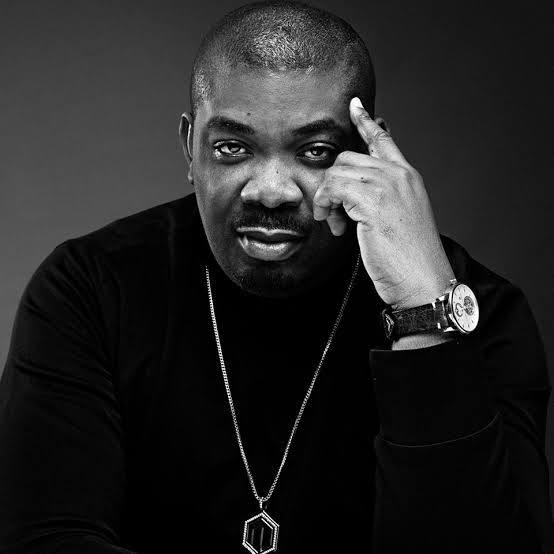 Michael Collins Ajereh is a music producer, singer, song writer, entertainer and businessman. He was born on November 26, 1982 in Umuahia, the capital city of Abia State, Nigeria. Don Jazzy is from the Isoko tribe of Delta State as this is where his father hails from, and his mother is an Igbo princess from Abia state. He was however, raised in the Ajegunle area of Lagos State. Alongside Wizkid, Davido and some other top music artistes in the country, Don Jazzy is one of the richest musicians in Nigeria presently.

Don Jazzy is the founder of the defunct Mo’Hits Records label, which wowed many Nigerians in the early 2000s. This he did with D’banj as Co-Founder and principal artiste of the brand precisely in 2004. Two years after founding Mo’Hits records, in 2006, Don Jazzy produced the albums No Long Thing and Rundown/Funk You Up.

He also produced a third album, Curriculum Vitae, which went on to gain wide acceptance in Nigeria and gained massive airplay in the country. It was around this time that Don Jazzy began to be introduced in every song he produced in this manner: “It’s Don Jazzy Again!”

As previously stated, Don Jazzy grew up in Ajegunle, Lagos State. His family is business and music oriented and it is no surprise that he chose to pursue a career in music as it is part of his family history. It is also while growing up, at age 12, that he fell in love with music and began learning how to play drums and the bass guitar. He had his secondary education at Federal Government College, Lagos. His tertiary education was at Ambrose Alli University, Ekpoma, Edo state, where he majored in Business Management Studies.

Don Jazzy visited his uncle in London in the year 2000, and at the request of his uncle, he played drums for the local church where he worshipped. During his stay in London, Don Jazzy was employed as security guard at McDonald’s, while continuing to hone his skills in music. It was while he was in the Uk that he met the likes of Solek, JJC, Kas, The 419 Squad and D’Banj, and associated with them. He learnt producing skills from Emeka Infiniti at O-Town record company.

Michael Collins Ajereh’s career commenced in the year 2004, the same year he and D’banj founded Mo’Hits records and two years after its founding, the record label became a force be reckoned with in the entertainment industry in Nigeria. Their songs were warmly received by their fans all over the country and that year, albums like No Long Thing, Rundown/Funk You Up and Curriculum Vitae were a huge success, gaining them huge fame and popularity in the process.

In 2008, Don Jazzy produced The Entertainer by D’Banj. This was also warmly received in the country as songs in the album got massive airplay all over Nigeria. Wande Coal’s album, Mushin 2 MoHits, was also produced by Don Jazzy and every song in that album was a hit back to back. In most songs that he has produced over time, he is widely known to provide background vocals for the artistes he has produced. Such background vocals has been provided for singers like D’Banj, Sauce Kid, Dr SID, Ikechukwu, Kween, D’Prince, Jay-Z. Don Jazzy also provided vocal performance for Kanye West’s song Lift Off with Beyoncé on the Watch The Throne album.

In 2011, Don Jazzy was employed by Kanye West as a producer at Very Good Beatz. He worked with Jay-Z and Kanye West on the production of the song Lift Off, which featured Beyoncé in it. The song is one of the tracks on the album Watch The Throne which was released on August 8th, 2011. In March 2012, Don Jazzy and D’Banj went their separate ways due to artistic differences, a significant factor in the demise of Mo’Hits Records and the birth of Mavin Records. On May 7th, 2012, Don Jazzy founded Mavin Records and signed to it top artistes like Tiwa Savage, Reekado Banks and Di’ja. Wande Coal had an issue with Don Jazzy on November 5, 2013 and left Mavin Records two days later.

Don Jazzy’s net worth in US dollars currently stands at $32 million this 2023, making him one of the richest musicians in Nigeria and the top music producer in Africa presently.

Some of his awards include the following:

Don Jazzy, while not an outright singer, but a music producer, still has songs credited to him but in a collaborative role. Some of his songs include:

A host of songs he is known for came during his early years with D’banj and the Mo’Hits crew of old.