In this article we shall be discussing about the current prices of solar inverters in Nigeria this 2023. A solar inverter is simply defined as an electrical converter that converts the uneven direct current (DC) output of a solar panel into an alternating current (AC). This alternating current (AC) is then used for different applications like powering electrical appliances in the home or workplace. To know more about the cost of solar energy installation in Nigeria, kindly click the link provided. 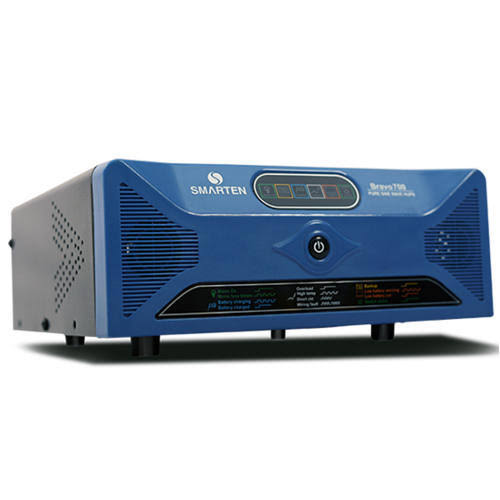 WORKING PRINCIPLE OF A SOLAR INVERTER

Solar inverters work by taking in the variable direct current (DC) output, from solar panels mounted at rooftops of your homes or workplaces, transforming this DC current into 120V/240V alternating current (AC) output. The direct current is converted to alternating current because home appliances run on AC, and not DC, and this is the reason why solar inverters convert the DC output that is collected via solar panels.

When the sun shines down on your solar panels which are also known as photovoltaic (PV) cells, characterised by semiconductor layers of crystalline silicon or gallium arsenide that are a combination of both positive and negative layers connected by a junction, the semiconductor layers absorb the radiant energy of the sun and sends this energy to the PV cell. The radiant energy from the sun then runs around and bumps electrons lose, moving between the positive and negative layers, eventually producing electric current known as direct current (DC).

Once this energy is generated, it is either stored in a solar battery for future use or is directly sent to an inverter depending on the type of system you have. As the energy is sent to your solar inverter in DC format, the inverter then transforms this DC into AC which your home appliances can comfortably use for their workability.

The following are the different types of solar inverters that are available today in no particular order. They are:

Battery inverters are your best bet if you are looking to fit a battery into your solar energy system, or you want to keep your battery separate to your solar panels and run it through a different inverter. A battery inverter converts your battery power into 230V AC and feeds it into your switchboard instead of grid power wherever possible. What battery-based inverters do, is to convert direct current (DC) from batteries into alternating current (AC) at the right voltage and frequency to operate lights, electrical appliances or anything else that normally operates on electricity supplied by the utility grid.

Hybrid inverters combine a solar inverter, battery charger and battery inverter together in a simple all-in-one unit along with clever software that can be programmed to determine the most efficient use of your available energy.

A microinverter is a solar inverter that converts power at the solar panel from direct current (DC) to 240V alternating current (AC) electricity and it is attached to each panel in a solar energy system. It is quite different from a conventional string inverter that is connected to a series or “string” of solar panels and converts the power from Direct Current (DC) in to Alternating Current (AC) electricity for the solar energy system in general.

COST OF SOLAR INVERTERS IN NIGERIA 2023

The following are the current cost of solar inverters in Nigeria this 2023: