This article is about the current prices of German Shepherd dogs in Nigeria this 2023. German shepherds, also known Alsatian dogs, are a very popular canine breed in Nigeria today. They are one of the most intelligent dog breeds and are bought mainly for this purpose, as well as for their strength, trainability, and obedience. This type of canine species are very important in disability assistance, search and rescue operations, police and military roles and the overall security of a house against burglars, thieves and robbers. 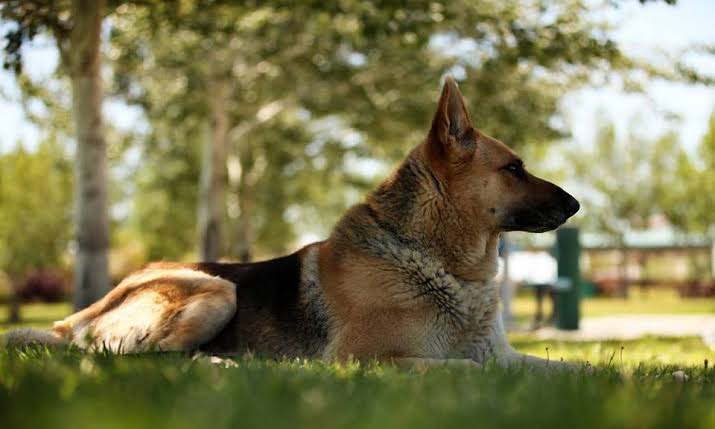 ABOUT THE GERMAN SHEPHERD DOG

The German Shepherd dog originates from Germany, hence the name. This breed of dogs were first seen in the late 1800s. In the 1850s, German dog breeders tried to standardize dog breeds so as to preserve the best traits that perfectly suited their job of herding sheep. This was popular within small communities of people in Germany where shepherds bred dogs. The German breeders wanted a type of dog that had the necessary skills required for herding sheep which include intelligence, strength, speed, endurance, and a strong sense of smell.

They were actually successful in their results but quickly found out that the ability and appearance of the dogs were very different from one community to another, hence, the Phylax Society was formed in 1891 with the purpose of creating native dog breeds but it was disbanded in just a few years as a result of the internal disagreements that arose based on the traits of the dogs the organization should promote. That notwithstanding, Germany’s efforts to create a dog breed of their own persevered.

By the year 1899, Max von Stephanitz, a former member of the Phylax Society and an ex-student of the Berlin Veterinary College, was shown a dog during one of his visits to a dog show named Hektor Linksrhein. The dog was agile, loyal, fast, intelligent, and appeared pleasing to the eye. This dog satisfied his beliefs of what a working dog should be, therefore he purchased it, and afterwards, he founded the Society for German Shepherd Dogs and named the dog Horand von Grafrath. Horand became the first German Shepherd Dog and was bred with other dogs.

The dogs that shared similar characteristics as Horand were bred with it through inbreeding to perpetuate their characteristics, and that was how these dogs grew in their numbers and were exported to many parts of the world where they are loved today for their intelligence and willingness to adapt to different situations. German Shepherds are the ideal working dogs. They are mostly trained and used by the police for narcotics detection, tracking criminals, and other types of detection. They are also used by the military to detect items such as mines and explosives.

Apart from their use in policing, German Shepherds are also trained for being guide dogs. They are loyal companions and if properly trained, they make excellent protection dogs as well; having an intimidating and loud bark that will make sure intruders think twice before attempting anything. This breed of dogs are also very confident, they are naturally curious dogs that will pursue anything if they see a threat to the family which makes them the perfect guard dog.

German Shepherds make very good family pets as well. Their loyalty and obedience make them an excellent choice. This breed of dogs are usually very calm and easy going with children and aren’t prone to being aggressive. A well socialized and trained German Shepherd can be very playful with members of the family while keeping its protective demeanor.

HOW TO CARE FOR GERMAN SHEPHERDS

The following are basic steps on how you can care for your German Shepherd dogs in Nigeria:

Your German Shepherd should be given the necessary daily nutrients required for its growth and well-being. If you do not know what to feed your dogs, it is very important that you visit your veterinary doctor or some trusted dealers in dog food to know exactly what you should feed your German Shepherds. Overall, dogs are carnivores so you should feed them meat such as chicken, turkey, beef, lamb, and fish as they are acceptable sources of protein for your dog. Your Alsatian dog can also be fed eggs and vegetables that contain protein. Organ meat, such as liver and kidney, should only be given to your dog a few times a week.

Your dog may also eat grains, root and green vegetables as long as they are thoroughly cooked. Do not feed your dogs vegetarian or vegan diet as this can hurt their digestive system because it is tough for dogs to break down large amounts of vegetables. You can supplement your dog’s homemade meals with vitamins made for dogs in order to make sure that they get everything they need. Ensure that your dog has enough calcium, or it may suffer bone injuries as it grows and ages.

German Shepherd dogs shed a lot of fur because of their thick coat and to prevent having hair everywhere in the house, it is advised to brush the dogs carefully outside of the house every few days. Occasional bathing is also recommended and it is also very advisable to trim or grind the nails of the dogs every month if they do not wear down naturally because excessively long nails can cause structural issues and pains for your Alsatian dog.

Alsatian dogs are generally healthy dogs but if you are a dog owner, it is advised that you observe your dog and take note of any changes it may experience. If you notice that your dog may be sick, you should see the vet as soon as possible.

Training your German Shepherd to socialise and recognize faces is important so it can distinguish between family members and other people. They can be trained to behave nicely when they see a strange face while retaining their protective demeanour.

The current cost of German Shepherd dogs in Nigeria this 2023 is between the price range of ₦80,000 – ₦250,000 and this depends on certain factors such as the age of the Alsatian dog, how well trained/skilled the dog is and the location where it is purchased.