This article is about the cost of radiotherapy in Nigeria this 2023 so as to know much one would pay in order to get treated for cancers via the process of radiotherapy. 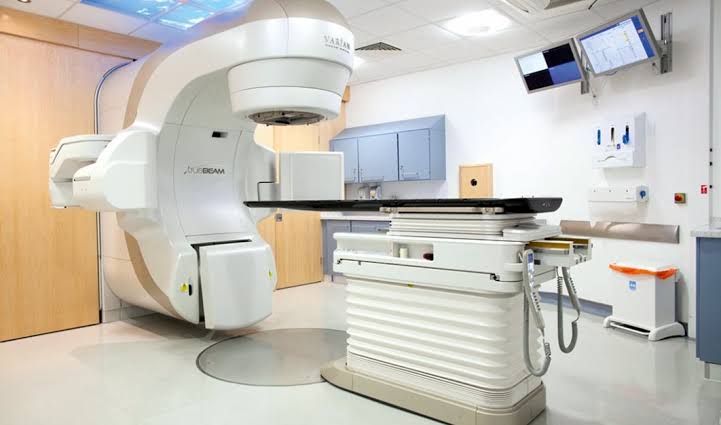 The number of cancer cases has risen significantly in the world over the years and Nigeria is not left out. While there is no definitive cause of the disease, it is said that avoiding many foods and certain lifestyles can help to greatly reduce one’s chances of getting the disease.

One good news for cancer patients however, is the availability of radiotherapy, a technology that focuses high energy beams on targeted cancer cells of a patient to help destroy such cells with a view to curing the patient but the challenge might be in the cost as it is very expensive in the country and in most parts of the world, so what is the cost of radiotherapy treatment in Nigeria today? We shall see that shortly.

CURRENT COST OF RADIOTHERAPY IN NIGERIA THIS 2023

On the average, the current cost of a full radiotherapy session in Nigeria this 2023 is between the price range of ₦300,000 – ₦1 million or more depending on the type of cancer that is being treated, the method of radiotherapy employed, the number of doses that will be required and the drugs prescribed for the duration of the whole process, and maybe afterwards.

Getting radiotherapy procedure done in Nigeria costs really high and such costs are affected by certain factors which as earlier stated, depends on type of cancer to be treated, the type of radiation therapy, the location of the hospital because most hospitals where radiotherapy is done are based in urban centres and their charges are really expensive, as well as the number of doses required for the process.

Radiotherapy involves the use of sophisticated medical equipment which uses radiation to destroy cancer cells and the process requires the expertise of more than one medical doctors skilled in this field of medical science.

RADIOTHERAPY: THINGS YOU SHOULD KNOW ABOUT THE PROCEDURE

The process of radiotherapy makes use of invisible high energy radiation, concentrated as beams of subatomic particles which are specifically targeted at cancerous cells in order to destroy them and stop them from dividing and spreading rapidly.

The medical expert specialized in radiation therapy is known as a radiation oncologist. Oncology is a branch of medicine that deals with the prevention, diagnosis, and treatment of cancer and the medical professional that practices oncology is an oncologist.

In external radiotherapy, the source of radiation is from outside the body, such as an electrically generated beam of radiation from a linear accelerator which passes through the patient during the whole process, targeting and destroying cancer cells while ensuring that the patient is not radioactive during and after the process.

However, during internal radiotherapy, the source of radiation is placed inside the body and it may include a tiny encapsulated bit of radioactive material or radiation-generating device which is carefully inserted into the body through implant therapy or brachytherapy, or radioactive atoms attached to a drug or chemical designed to take the radioactive substances to a specific part of the body where they destroy cancerous cells.

Patients are radioactive once implants have been given and they are non-radioactive after the implant is completely removed.

One of the most visible side effects of radiation therapy is skin problems. Sometimes after undergoing radiotherapy, which might be painless during the procedure as the machine has no need to touch the patient and the beams pass through the patient, destroying cancerous cells, there are noticeable itching of the skin afterwards.

This is accompanied with skin dryness and in some cases, the skin may peel. There is no cause for alarm as this normalizes after some time and the patient feels better again.

A common side effect of radiotherapy is fatigue. The process has a way of making patients feel tired and the level of tiredness is different for different people depending on their treatment plan.

Radiation recall is is an inflammatory reaction that affects the part of the body that has undergone a radiation therapy and this looks like a severe sun burn. This happens as a result of combining both radiotherapy and chemotherapy in the fight against cancer. When an anticancer drug is administered after radiotherapy, this type of “sun burn” may appear on the previously irradiated part of the body.