In this post, we take a look at all NACC contact details and addresses in Nigeria, their phone numbers as well as their e-mail addresses and official websites. We give you the address of NACC national headquarters and that of their state chapters. 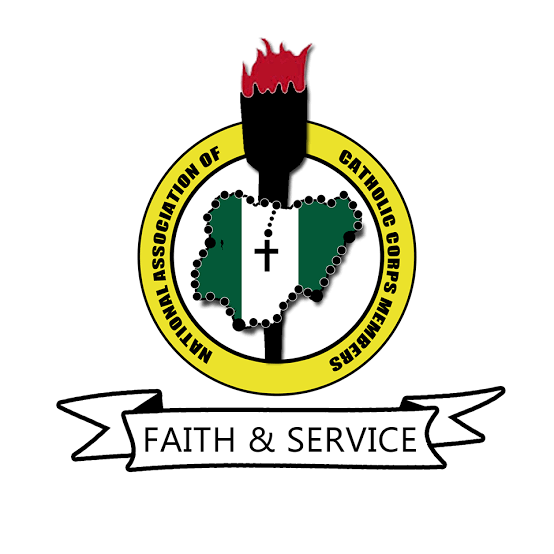 COMPREHENSIVE HISTORY OF THE NACC

The National Association of Catholic Corps Members (NACC) was established with the aim of bringing all the serving Nigerian corps members of the Roman Catholic Faith under one unifying umbrella body.

In February 1982, the organization was established under the distinguished leadership and guidance of The Most Rev. Dr. Gabriel Gonsum Ganaka, late Archbishop of Jos, Plateau State.

His original plan for establishing the association was to bring all Roman Catholic Corps Members serving the country in the old Plateau State under one unifying body to be directly supervised by a Parish Priest.

As at the time of establishment, the organization was originally known as Association of Catholic Corpers, ACC, and operated only in Jos, Plateau State.

With the passage of time, the association spread its tentacles to other neighbouring States in the country. Thus, by the middle 90’s, the organization had spread to virtually all parts of the federation, giving it a national status.

On December 2, 2008, The NACC was officially recognized and approved by the Catholic Bishops Conference of Nigeria, CBCN and in the process, Rev. Fr. Celsus Daklong of the Catholic Diocese of Shendam was appointed National Chaplain to oversee Corp Members.

At the inception of the NACC, Archbishop Gabriel Gonsum Ganaka donated the land for which the building of the body’s National Secretariat was to be erected.

The foundation stone laying ceremony of the organization’s secretariat was conducted by Archbishop Ignatius Ayau Kaigama, Archbishop Emeritus of Jos in 2003.

The NACC is the fourth recognized youth organization in the youth apostolate of the Roman Catholic Church in Nigeria and it works closely with the Catholic Secretariat of Nigeria CSN.

The CBCN Youth Committee is overseen by a Bishop to whom all youth organizations in the Catholic Church report to.

NACC participates in the first plenary session of the CBCN, it is at this session that the organization presents its yearly reports and subsequent plans for the future.

OBJECTIVES OF THE NACC

Below are stated the objectives of the National Association of Catholic Corps Members in Nigeria:

The motto of the NACC is “Faith and Service” and their slogan is “NACC…Corps Members for Christ” .

The NACC logo comprises of a shield which contains the map of Nigeria, surrounded and bounded by Rosary beads, with a Crucifix at the middle of the map.

There is also an NYSC torch resting above the map of Nigeria and the Crucifix. At the base of the Shield is the association’s motto while association’s name is boldly written in between the concentric circles above the base.

The NACC logo comprises of the colours of the Nigerian National flag, green and white, as well as other colours such as red and black.

During meetings, fellowships and conventions, members of the NACC render their anthem thus:

Corp members come together as one,
United in one accord, in the love of Jesus Christ,
To achieve our unity goal.
National Association of Catholic Corp members,
To defend our Catholic faith;
We are proud to live our faith,
For we are catholic corps members for Christ.

The organization is affiliated to and is under the leadership of the Ecclesiastical authorities of the Roman Catholic Church. NACC is also affiliated with and subject to the authority of the National Youth Service Corps, NYSC.

The National headquarters of the organization is located in Jos, Plateau State and it has other state secretariats present in all 36 states of federation, including the Federal Capital Territory, Abuja.

As at the time of writing, all addresses, phone numbers, e-mails and websites of NACC are unavailable and once the information is gathered, this article will be updated.