This post is about Chevron Salary Structure in Nigeria this 2023 in order to know how much Chevron pays its staff in the country. This oil and gas giant is one of the top petroleum companies in Nigeria and it is a dream company which many graduates aspire to work in after completing their tertiary education and the mandatory NYSC. Chevron ranks among the top oil and gas firms in the world and it comes as no surprise why many would be curious to know the take home pay of their workers per month. 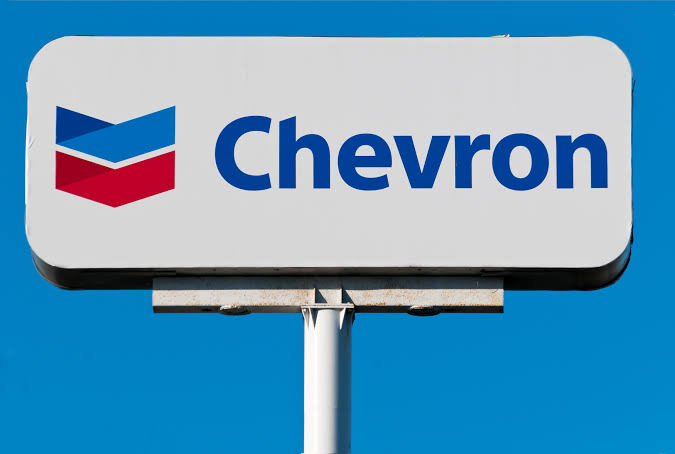 Chevron is an American company that operates its subsidiary, Chevron Nigeria Limited, in the country. It is one of the largest producers of oil in Nigeria and one of the country’s largest investors. In Nigeria, the company does business under a joint-venture arrangement with the Nigerian National Petroleum Corporation, NNPC for the onshore and offshore assets in the Niger-Delta region.

Chevron Nigeria also has substantial interests in multi-partner deepwater operations. They significantly control the functioning of Agbami Field, the second largest deepwater discovery in Nigeria behind Bonga Field and they also have a non-operated interest in the Usan Field, all in the country’s Niger-Delta region.

Through Chevron’s principal subsidiary in Nigeria, Chevron Nigeria Limited (CNL), the company operates and holds a 40 percent interest in eight concessions in the onshore and near-onshore regions of the Niger-Delta under a joint-venture arrangement with the NNPC. Chevron also does business through other subsidiaries in Nigeria. In 2018, the oil and gas giant’s net daily production in Nigeria averaged 194,000 barrels of crude oil, 233 million cubic feet of natural gas and 6,000 barrels of liquefied petroleum gas (LPG).

The following include the petroleum giant’s interests in the country:

Chevron has interests, ranging from 20 to 100 percent, in three operated and six non-operated deepwater blocks in Nigeria. As earlier mentioned, the company operates the Agbami Field, a field which rests 70 miles (113 kilometres) off the coast of the central Niger-Delta region and stretches across 45,000 acres (182 square kilometres).

Agbami is a subsea development with wells tied back to a floating production, storage and offloading (FPSO) vessel. The original Agbami development scope (Agbami 1, 2 and 3) is complete. Chevron has a 30 percent non-operated working interest in the Usan Field, in 2,461 feet (750 metres) of water, 62 miles (100 kilometres) off the coast of the eastern Niger-Delta region. Net daily production in 2018 averaged 20,000 barrels of crude oil and 4 million cubic feet of natural gas.

The Aparo Field and the third-party-owned Bonga SW Field share a common geologic structure and are planned to be developed jointly. The structure lies in 4,300 feet (1,311 metres) of water, 70 miles (113 kilometres) off the coast of the western Niger-Delta region.

Chevron controls the functioning of, and has a 55 percent interest in Oil Mining Lease (OML) 140. The block is situated in roughly 8,000 feet (2,438 metres) of water, 90 miles (145 kilometres) off the coast of the western Niger-Delta region and it includes the Nsiko discoveries. In 2018, Chevron proceeded with evaluating the development options for the multiple discoveries in the Usan area, including the Owowo Field.

Chevron also has natural gas projects in the western Niger-Delta and Escravos areas in the country. These include the Escravos Gas Plant (EGP), the Escravos Gas-to-Liquids (EGTL) facility and the Sonam Field Development Project. Chevron Nigeria Limited operates the EGP, which has a total capacity of 680 million cubic feet per day of natural gas and LPG and a condensate export capacity of 58,000 barrels per day. Chevron and the NNPC operate the EGTL facility, a 33,000-barrel-per-day gas-to-liquids plant.

With a 36.7 percent interest, Chevron is the largest shareholder in the West African Gas Pipeline Company Limited, which owns and operates the 421-mile (678-kilometre) West African Gas Pipeline. The pipeline supplies customers in Benin, Ghana and Togo with Nigerian natural gas for power generation and industrial applications. It has the capacity to transport approximately 170 million cubic feet of natural gas per day.

CHEVRON SALARY STRUCTURE IN NIGERIA 2023: HOW MUCH CHEVRON PAYS ITS WORKERS

Chevron is one of the highest paying companies in Nigeria, being an oil company, it is not rocket science in this part of the world to understand the magnitude of the job oils worker do and the salaries that they command. Truth be told, working in an oil company is a dream come true for anybody because it not only guarantees you a handsome take home pay but job security as well, and all these come with your determination, drive, focus on the job and your passion to succeed and move the company’s vision forward.

Being an oil company, it is not only the core scientists, geoscientists, and engineers that they employ, they also employ people who have no science backgrounds to fill in roles that are peculiar to the job descriptions of the company during a particular recruitment period, so even if you are an accountant, a statistician, a mathematician, etc., once the company has the need for you, you can be rest assured that you will be employed if you are successful in their recruitment process and your pay packet will be very attractive but slightly different from those with science and engineering backgrounds.

Having known all that, the big question simply remains, how much does Chevron Nigeria pay as salary per month? Without further ado, we will look at Chevron Nigeria salary structure for different professionals that they employ in order to further the vision which their founders had for the company since 1879.

HOW MUCH DOES CHEVRON NIGERIA PAY ITS ENGINEERS AS SALARY?

Being an Engineer at Chevron attracts the highest pay in the company. This 2023, Chevron Nigeria pays its entry level engineers a salary in the range of ₦250,000 – ₦500,000 per month, that is about ₦3,000,000 – ₦6,000,000 per year. Whether you are a petroleum engineer or an engineer from a different field, your take home pay is very attractive. Salary is subject to increase with time and experience on the job. Most engineers at the company usually work on the field.

HOW MUCH DOES CHEVRON NIGERIA PAY ITS GEOSCIENTISTS AS SALARY?

The company pays its entry level geoscientists, whether they are geologists, geochemists or geophysicists a starting salary of about ₦150,000 – ₦170,000 per month, which translates to a take home pay in the range between ₦1,800,000 – ₦2,000,000 per year. Salary is subject to increase as well. Geoscientists also work on the fields but they do not earn as high as engineers.

HOW MUCH DOES CHEVRON NIGERIA PAY ITS ADMINISTRATIVE WORKERS?

Entry level salaries for Chevron Nigeria administrative staff such as accountants, project managers and those in human resources ranges from ₦150,000 – ₦170,000 per month, which means that they earn between ₦1,500,000 – ₦2,000,000 per year.

In conclusion, Chevron Nigeria staff earn between ₦2 million – ₦25 million per year and this depends on the level of the employee, their year of experience as well as their job description.