Damini Ebunoluwa Ogulu, popularly known as Burna Boy and Oluwa Burna, is a singer, songwriter, stage performer, entertainer and recording artiste. His fame and popularity rose to new levels in 2012 after he released the hit single Like to Party, a song from his first studio album L.I.F.E (2013). Burna Boy signed with Bad Habit/Atlantic Records in the United States and Warner Music Group internationally in 2017, taking his brand of music to the global stage. He is one of the most talented and most widely followed musical artistes in Nigeria. 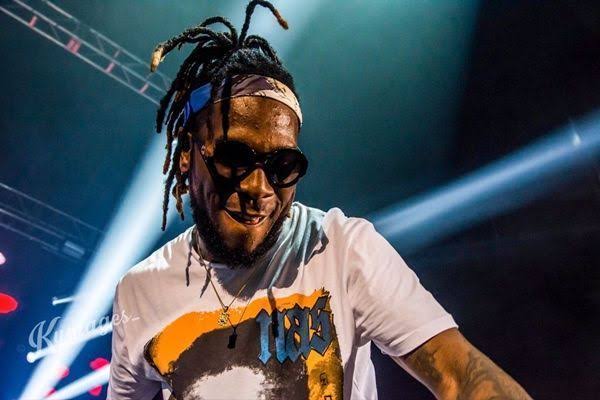 Burna Boy was born on July 2, 1991 in Port Harcourt, Rivers State, to a welder father, Samuel Ogulu and a translator mother, Bose ogulu. His grandfather Benson Idonije was legendary King of Afrobeat, Fela Anikulapo Kuti’s manager. Burna Boy is from Mbiama, Ahoada West LGA, Rivers State. He grew up in the southern part of Nigeria where he began making his own beats using FruityLoops, an all-in-one audio editing package with tools to edit, mix, record, and compose audio files after his classmate introduced him to it.

He completed his secondary school education in Nigeria and throughout his high school days, he was a member of his school band. After completing his secondary education, he proceeded to the University of Sussex in London to study Media Technology. He later transferred to Oxford Brooke’s University before coming back to Nigeria to kickstart his music career.

Burna Boy’s music career started in 2010 after he signed his first contract with Aristokrat Records. He continued to make music and finally entered the spotlight in 2012, with his hit single, “Like To Party”. The song received wide media attention and airplay on its release. He followed that up with two other hit singles, Run My Race and Yawa Dey, all three songs making part of his debut album “L.I.F.E”, which was released in August, 2013 and the album featured top music artistes like Tuface, Timaya, M.I Abaga, and Wizkid, to mention but a few.

Burna Boy left Aristokrat Records in 2014 and established his own music label Spaceship Entertainment, a year later. His second studio album, On a Spaceship was the first major project to bear the mark of identity of his brand. “On a Spaceship”, a 20-song album featured the likes of Nyanda, Wizkid, Phyno, Flavour, Wande Coal, etc., and  popular songs on the album include Rizzla and Soke.

Burna Boy’s two albums, “Outside” and “African Giant”, that followed his EP were recorded under the music label, Atlantic Records. He signed with the record label in 2017 and has since worked closely with the brand. The album “Outside” was released on January 26, 2018 and it is a 12-track effort which features three artistes, J Hus, Lily Allen, and Mabel, and the most popular track on the album is the song Ye which has received over 80 million streams since it was aired. Burna Boy also released the hit singles On The Low and Gbona in 2018 along with their music videos which garnered 150 million streams since their release.

His fourth album, “African Giant” is a 19-track effort which features artistes such as YG, Future, Damian Marley, Jorja Smith, Zlatan Ibile, Jeremih, M.anifest and a host of others. “African Giant” was made popular by songs such as “Anybody,” “On The Low,” and “Gbona”.

Still in 2019, He recorded “Ja Ara E” which means “wise up” or “use your head” in the Yoruba Language for Beyoncé’s The Lion King: The Gift and was the only guest artist with their own track on the soundtrack album.

In April 2020, Burna Boy performed in the One World: Together at Home special, and on June 19, 2020, after releasing multiple singles by himself and on featured credits, Burna Boy was featured on the remix of South African producer Master KG’s viral song “Jerusalema”. The remix led to the song entering various music charts. Burna Boy used his signature Afrobeats style on the song and also partly sang in the isiZulu language which endeared his South African audience to him even more. Burna Boy also featured on Sam Smith’s single “My Oasis”, which was released on 30 July 2020.

Burna Boy’s fifth Album, Twice As Tall which was released on August 13, 2020 and executive produced by American music superstar P. Diddy, alongside his mother, Bosede Ogulu and himself garnered 5 million downloads in one hour of release. The album consists of 15 tracks.

Burna Boy’s music style was greatly influenced by Reggae, Hip hop, Rap and Afrobeat. His journey into music began at the age of 10. At one stage of his life, he was an intern at a radio station. On March 21, 2019, Oluwa Burna released a 4-track collaborative EP with Los Angeles-based electronic duo DJDS titled “Steel & Copper”. He also performed at the Coachella Valley Music and Arts Festival in 2019.

His awards and nominations till date include the following:

Songs by Burna Boy include the following:

Burna Boy was alleged to have a baby with Uju Stella Johnson. He has since rubbished claims that he fathered any child by her. He is currently dating British rapper, Stefflon Don and the relationship has been on and off. Burna boy was rumoured to have had an affair with Gambian born, Ghana-based actress, Princess Shyngle, something that threatened his relationship with Stefflon Don.

As of this 2023, Burna Boy is worth about $30 million. He is currently one of the richest, most influential and most widely followed artistes in Nigeria and Africa at large.