The focus of this article is on the best paying federal government jobs in Nigeria presently in this 2022 which are also the highest paying federal jobs in the country. While it is true that there are many government agencies in the country, many people would love to know more about some of the federal parastatals that pay the highest salaries to their workers in recent times. 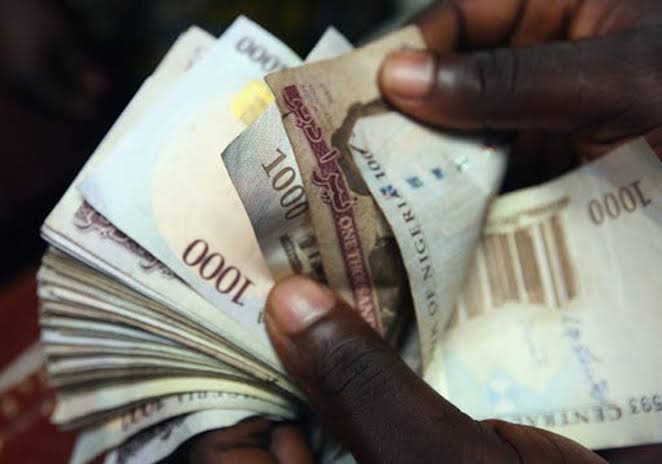 Before our present day and age, the thought patterns of many people in the country was that federal jobs were for the poor and that only those who wished to be paid peanuts were the ones who resolved to pick up federal government employment but the reverse is the case in these modern times as the salaries being paid to workers at government parastatals are eye watering.

Make no mistake about it, many of the highest paying federal government agencies in Nigeria recruit only the best hands to do their jobs properly so as to justify the huge amounts that their employees earn; and if you are targeting a particular opportunity at a federal parastatal, you should ensure that you are really qualified for the role because there are competition for spaces at such companies.

While there are many rumours being spread about the amounts top federal government agencies pay their employees per month, and this is because most government organizations are tight lipped about their monthly salaries, we have tried our best to research on this subject matter to make sure that we post near accurate figures, estimates if you may, of the monthly earnings of members of staff at the top paying government parastatals in Nigeria.

The following are the highest paying federal jobs in Nigeria this 2022:

Through the NNPC, the Federal Government of Nigeria regulates and participates actively in the country’s upstream and downstream oil and gas sector. This means that according to the law, the company supervises the activities of all other petroleum companies in the country on behalf of the federal government and is a key player in the petroleum sector in Nigeria.

Salaries at NNPC are very attractive and below is the breakdown of what some of their employees earn per month depending on their job descriptions and experience at this top paying federal government parastatal:

The Bank of Industry Limited (BOI) is the oldest, as well as the largest Development Finance Institution operating in Nigeria currently. It is jointly owned by the Ministry of Finance Incorporated (MOFI) Nigeria with a controlling stake of 94.80%, the Central Bank of Nigeria (CBN) with a 5.19% stake and private shareholders with 0.01% stake.

The BOI is a major federal government parastatal that provides monetary assistance to companies or organizations and entrepreneurs who desire to establish large, medium and small scale projects while expanding and diversifying modern enterprises.

The bank is a top paying government agency in the country which pays its analysts about ₦350,000 per month, making it a grand total of just over ₦4 million yearly, a really attractive pay packet for an employee at such a top government company.

On the other hand, banking officers at the Bank of Industry are paid an estimated monthly salary of ₦570,000, which when multiplied over a twelve month period amounts to over ₦6 million. With this, it is evident that landing a job at the BOI comes with really attractive pay. This is one of the best paying jobs in Nigeria today.

The Central Bank of Nigeria salary structure is on the high side as well. This government company is the nation’s highest bank which supervises the activities of other banks and financial institutions in Nigeria. Working in the CBN has already opened you up for some huge monthly earnings but you must be very cerebral and effective to justify your high salary.

The CBN does not print our legal tender, the Naira as that is the job of the Nigerian Security Printing and Minting Company and other overseas printing/minting companies. What the CBN does is to issue the Naira as it is the sole issuer of legal tender throughout the federation. It does this while controlling the volume of the Naira in circulation so as to prevent inflation and ensure price stability in the country.

That said, these are the monthly salaries of some workers at the Central Bank of Nigeria (CBN):

According to the NIMASA website, the Nigerian Maritime Administration and Safety Agency (NIMASA) is the apex regulatory and promotional maritime agency. The Agency was created from the merger of National Maritime Authority and Joint Maritime Labour Industrial Council (former parastatals of the Federal Ministry of Transport) on August 1, 2006. The obligation of regulating the Maritime industry in Nigeria rests on the Agency through the relevant instruments:

Entry level monthly salary at NIMASA is within the pay scale range of about ₦200,000 – ₦240,000. Getting a job in this federal agency is no mean feat but when you do, you are guaranteed great salaries as well as other allowances and benefits.

Another one of the highest federal paying jobs in Nigeria is that of the Nigerian Ports Authority (NPA). Their salary structure is In agreement with the current salary scale in the maritime sector. The following are monthly earnings of some of their workers:

There are many other highest paying federal government agencies in Nigeria but some of the top jobs have been listed above. This should give you a hint on where you should look at when eyeing employment opportunities at any of these companies.