Adekunle Kosoko, widely known as Adekunle Gold, is a Nigerian highlife singer, songwriter and graphic designer. Adekunle Gold became very popular after releasing his hit single Sade in 2015 which was a highlife cover of One Direction’s “Story of My Life”. That same year, he signed a record deal with YBNL Nation, a music label owned by one of Nigeria’s top musicians, Olamide; and released his debut studio album Gold, which debuted at number 7 on the Billboard World Albums chart. 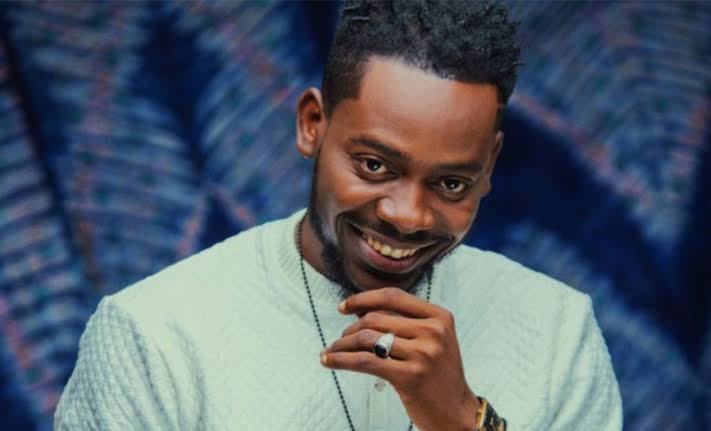 Adekunle Gold’s debut Album, Gold, was preceded by the release of three hit singles, “Sade”, Orente and Pick Up. He revealed to Nigerian Entertainment Today that before signing his record deal with YBNL Nation, he designed the label’s official logo and completed other graphic design works for Lil Kesh, Viktoh and Olamide.

Adekunle Gold was born on January 28, 1987 into the Kosoko royal family of Lagos State, Nigeria. He completed both his primary and secondary school education in Lagos State and after obtaining his first leaving school certificate as well as his senior secondary school certificate, he proceeded to the Lagos State Polytechnic (LASPOTECH) where he obtained a Higher National Diploma (HND) in Arts and Design. Adekunle Gold is a nephew to Legendary Nigerian actor, Jide Kosoko, who himself is also a prince.

In his formative years, Adekunle Gold became interested in music while listening to songs by King Sunny Ade and Ebenezer Obey. He later became a member of his church’s junior choir when he was a teenager and went on to write his first song at 15 years of age. In 2014, Adekunle Gold decided to pursue a solo music career after disbanding from a music group he formed with a friend while in school.

Adekunle Gold was dubbed the “King of Photoshop” after he posted an edited photoshop image of himself hugging top Nigerian female music artiste, Tiwa Savage on social media platforms. On December 19, 2014, he released “Sade”, a cover of One Direction’s “Story of My Life”. The song was a hit and it is one of Adekunle Gold’s most popular works to date. “Sade”  was nominated for Best Alternative Song at The Headies 2015.

After “Sade” was released, Adekunle dropped his first official single titled “Orente” through YBNL Nation upon signing a music contract with the record label on March 5, 2015. This earned him a nomination in the Most Promising Act of the Year category at the 2015 City People Entertainment Awards. On July 18, 2016, Adekunle Gold revealed the cover and track list of his debut studio album titled Gold. The album comprised of 16 tracks and was produced by Pheelz, Masterkraft, B Bankthroughs, Sleekamo, Oscar and Seyikeyz.

TIthe album, Gold was released on July 25, three days before the original release date. Upon its release, it peaked at number 7 on the Billboard World Album Chart for the week of August 13, 2016. Moreover, it was critically reviewed by contemporary music critics. Upon the expiration of his contract, Adekunle Gold left YBNL Nation. He unveiled his band “The 79th Element” in reference to the atomic number of Gold on the periodic table. Unity Bank unveiled Adekunle Gold as their brand ambassador on the 15th of January, 2018

Adekunle Gold is married to one of Nigeria’s most popular and most loved female musicians, Simi. They had a close-knit wedding ceremony in January 2019. On Sunday, June 7, 2020, the couple welcomed their first child, a baby girl whom they named Adejare to the delight of their family and friends.

Adekunle Gold in the cause of his music career has won several awards. In 2016, he won the Best Song of the Year and Best Alternative Song at the Headies Awards as well as Best New Act to Watch at the Nigerian Entertainment Awards. In the same year, he also won Revelation of Africa at the Afrima Awards, Best Song at the Beat of Lagos Awards and Best New Act at the Nigerian Entertainment Awards.

In 2017, Adekunle Gold won Album of the Year and Best African Music Artiste at the IARA Awards. He also won Collabo of the Year along with his wife Simi at the City People Entertainment Awards.

Adekunle Gold over the course of his beautiful music career, has wowed his audience with hit singles such as “Sade”, “Temptation”, “Orente”, “Pick Up”, “No Forget”, “Ariwo Ko”, to mention but a few. He has two albums to his name to date, they are:

Some of his selected songs include the following:

Adekunle Gold is currently worth $4 million this 2023. His net worth and primary sources of his wealth coming mainly from his music album sales, endorsement deals, and show bookings.

Adekunle Gold reportedly owns an expensive mansion in the Lekki area of Lagos State, and the house is said to be very spacious, with a swimming pool and a studio for his music recording. His car collection include the following:

The Mercedes Benz GLB Class is said to be the favourite car that Adekunle Gold uses frequently, and it was purchased in 2018. The car is very comfortable and it can accommodate up to seven people.

Another cool car in Adekunle Gold’s fleet is the Wrangler Jeep and this car is not seen as much as his Mercedes Benz but he drives it occasionally to certain events. Adekunle Gold also has other impressive car collections in his fleet but the two mentioned above are some of his best.