This article is about the top 10 States with the highest salary structures in Nigeria currently in this 2022 in order to furnish our esteemed readers with the information on the various States in the federation that play a leading role in paying many of their workers some of the highest salaries per month. It is good as a fresh graduate to have an idea of the States in the country where you can earn some of the highest take home pay before settling for where you will eventually base and start your life from there. 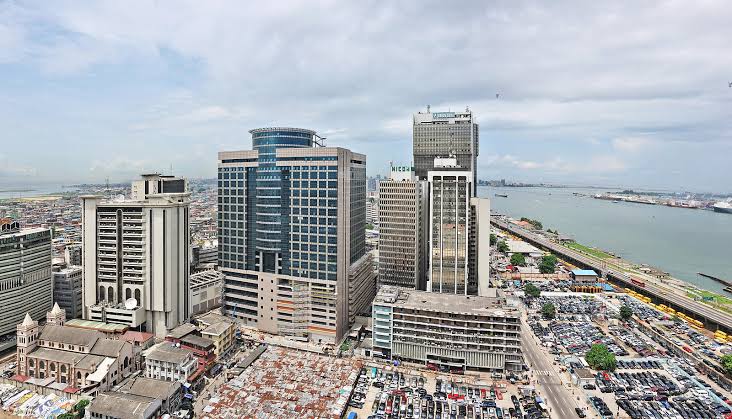 Truth be told, attractive salary ranges are part of the reasons, if not the main reason why many people, especially fresh graduates and experienced workers who want to change their jobs migrate from one State in Nigeria to the other so as to guarantee a better life for themselves and their families, and build a stable professional career especially in the public sector that is laden with many attractive federal and State government jobs, not excluding the private sector that boasts of top private companies and multinationals that pay very handsomely.

The salary scale of these States in Nigeria that we are about to look at in detail as earlier mentioned are higher than what is obtainable in every other State in the country and they vary from one another due to the cost of living in each of them, as well as the commercial activities that are peculiar to them and the revenue they generate internally, to mention but a few. These in one or the other, play a role in the large migration of people to these various States in the country in search of greener pastures.

The oil producing States most of which are located in the Niger Delta region both in the south-east and south-south geopolitical zones are not left out due to the fact that in them reside many of the very well established Petroleum giants that guarantee large salaries for their employees. That said, let us focus our attention proper on the various states in Nigeria that pay the highest salaries currently. Without further ado, they are discussed below.

The following are the 10 States with the highest salary structures in Nigeria currently in this 2022:

Unsurprisingly, Lagos State ranks first in this list of States that pay their workers the highest salaries in Nigeria because of the fact that it is the richest State in Nigeria. In Lagos State, there is a large number of top government and private companies, even multinationals that employ some of the brightest employees in the land and pay them handsomely for their services. Companies ranging from top banks and insurance companies to oil companies and pharmaceutical companies as well as FMCG Companies and important federal and State government parastatals, to mention but a few are resident in Lagos State, and the most populated State in Nigeria surely knows how to rise to the occasion whenever it comes to paying impressive salaries to many of the workers resident in the State.

Abuja, the Federal Capital Territory, as well as one of the most beautiful cities in Nigeria, also features in this list. The City, being the Seat of Power, pays many of its employees really well as most government parastatals have their headquarters there, some of which include the Central Bank of Nigeria (CBN), the Nigerian National Petroleum Corporate (NNPC) and many other top private and public companies situated there. With the standard of living really high in this impressively built city, expect employees at some of the big companies to be placed on eye watering salary ranges.

Delta State is home to some of the top oil companies in Nigeria as well as one of the major oil refineries that guarantees people jobs with a high pay. The numerous oil and gas companies situated in the State as well as the many federal and state government jobs that are on offer in Delta, makes it a State worthy of note in terms of their salary scale in Nigeria today.

Kano State is one of the leading rice producing States in Nigeria, it is a very important State in the country in terms of human and agricultural resources. There are businesses and companies that thrive in Kano State, especially in the Capital City of Kano where people are paid really good salaries and the standard of living is quite good. Kano State is the home of many business activities in the northern part of the country and as such, many people travel all the way from the south-eastern and south-western part of the country to Kano  for various business transactions.

In Oyo State, they pay their employees really well there. The State, particularly its capital, Ibadan, is the home of one of the best universities in Nigeria (University of Ibadan); it houses in total five universities and eight polytechnics and with this, you can see clearly that majority of the State’s workers are employed in the educational sector with a decent salary scale. Agriculture also guarantees good monthly incomes for people who choose to major in this sector, and with the diverse economic activities in Oyo State, you can rest assured that Oyo State workers are paid better than many of their counterparts in other States that are not mentioned in this list.

Rivers State as the name implies, is surrounded by various rivers, it is one of the most economically important States in Nigeria that is home to many oil and gas companies some of which include Shell and Chevron, and with majority of the people working in the Petroleum sector in this State, your guess is as good as mine when it comes to how good many employees are paid in Rivers State.

Edo State has a rich cultural heritage and this attracts tourists as well as international investments into the State. Many people employed in Edo State are into the entertainment, tourism and hospitality sector and they are paid really attractive salaries for the type of jobs they do.

Bayelsa State, like many of its counterparts in the Niger Delta region and the South-South geopolitical zone in Nigeria, is a hub for many oil companies in Nigeria and with the salaries of oil workers on the high side, this State ranks as a leader in terms of salary structure in the federation.

Imo State is also a crude oil producing State and it is endowed abundant mineral resources such as lead, zinc, white clay, fine sand, limestone and natural gas in commercial quantities. With Imo State being diversified into industrial and business establishments, services, manufacturing sector, building and construction, agriculture and education sectors respectively, you can trust the State to do well in terms of salary payments in the country.