The top 10 richest lawyers in Nigeria and their net worth this 2022 will be discussed in this article. A lawyer is a person who has been trained and licensed to prepare, handle, and prosecute or defend a court case on behalf of another, as well as to provide legal advice on problems that may or may not require judicial action. A good number of the richest and wealthiest lawyers in Nigeria today are Senior Advocates of Nigeria (SAN). 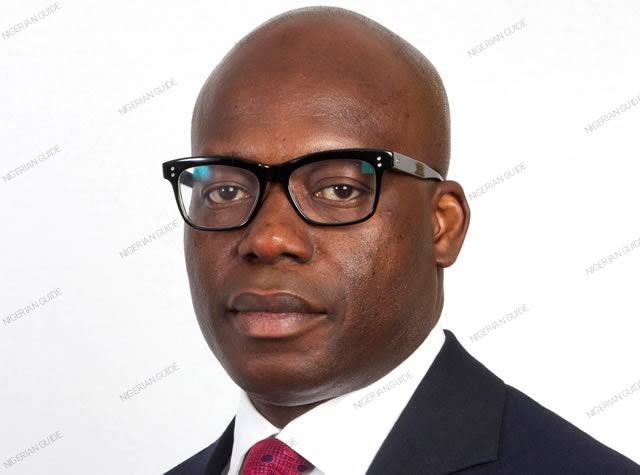 The richest lawyers in Nigeria, like their counterparts in the country, and all over the world, are professionals who apply the law to specific situations. They gather information about the facts and evidence by speaking with their clients and reviewing documents, and then they prepare and file court pleadings. They present evidence, interrogate witnesses, and debate legal and factual issues during the trial. They can ask for a fresh trial or redress in an appellate court if they don’t win the case.

In many cases, lawyers can settle a lawsuit without going to trial by using negotiation, reconciliation, and compromise. Furthermore, the law empowers individuals to plan and determine their legal rights in a variety of ways, including through wills, contracts, and corporation byelaws, and attorneys assist in many of these arrangements. The representation of clients before administrative committees, courts, and legislative committees has been a fast growing field of business for attorneys since the twentieth century.

For anyone, including the richest lawyers in Nigeria today to be qualified for the law practice in the country, they must have first undergone the necessary training by attending the university, especially any of the top 10 best schools in Nigeria that offer law, after which they will then proceed to the Nigerian Law School which qualifies them to be called to bar. In their profession, lawyers must be devoted to a variety of people, including their clients, the administration of justice, the community, their colleagues, and themselves. When these loyalties clash, the profession’s principles are supposed to bring them together.

Who are the richest lawyers in Nigeria currently? Many people in the country believe that the legal profession and its practitioners are usually incompetent. It may have been true back then, but we can no longer say the same of the profession today. A vast majority of you will be surprised to learn that there are a large number of incredibly rich lawyers who are also among the best in the legal profession in Nigeria today. We have compiled a list of the best and richest lawyers in Nigeria and their net worth this 2022, some of them operate the best law firms in Nigeria, and without further ado, let us proceed to reveal who they are.

TOP 10 RICHEST LAWYERS IN NIGERIA AND THEIR NET WORTH 2022: FULL LIST

The list below contains the names of the richest lawyers in Nigeria currently in this year 2022 and their net worth:

With a net worth of $700 million, Jubril Adewale Tinubu is currently the richest lawyer in Nigeria this 2022. He is industrious and hardworking, despite coming from an affluent family in Lagos State. His father is a wealthy businessman, and his uncle, Bola Ahmed Tinubu, was previously the Governor of Lagos State as well as a Senator in Nigeria’s brief Third Republic. In Lagos State, Adewale Tinubu works as a business consultant as well as a lawyer. He is the current Group Chief Executive Officer at Oando Plc, a Nigerian multinational energy company operating in the upstream, midstream and downstream sector. He began his legal career in 1992 as a Corporate law specialist after graduating from the University of Liverpool.

Babatunde Folawiyo’s estimated $650 million net worth ranks him as the second richest lawyer in Nigeria currently. Before going on to study law, Babatunde Folawiyo studied economics at the London School of Economics. In 1984, he received his bachelor’s degree from the University of London. He was later called to bar and began practicing law in Lagos State. He is not only a powerful Nigerian lawyer, but also a business magnate. In 2018, he took over his father’s business and is now the Director at the Yinka Folawiyo Group. His group of companies invests in a variety of industries, including agriculture, retail, and real estate.

John Olatunde Ayeni is the third richest lawyer in Nigeria on our list, with a net worth of $600 million. The barrister was born in Iyah Gbede, Ijumu, Kogi State, and attended both primary and secondary school there. He received his law degree from Ahmadu Bello University and was admitted to the Nigerian bar in 1991. He is a practicing lawyer who has made significant contributions to Nigeria’s legal system. He made the majority of his money as a legal counsel to many of Nigeria’s largest brands, and he is currently serving at the Nigerian Bar Association’s Ikeja Branch as the Vice Chairman, he is also6a member of the Nigerian Legal Aid Council.

Wale Babalakin is a Senior Advocate of Nigeria (SAN), and his net worth is believed to be $260 million, making him Nigeria’s fourth wealthiest lawyer. He is from the Oyo State, although he studied law at the Lagos State University. Wale Babalakin is a successful lawyer and entrepreneur. In 1983, he was admitted to the Nigerian Bar, following in the footsteps of his father, who was a Justice of the Supreme Court of Nigeria. He has won numerous court cases and made significant contributions to the Nigerian legal system. He was given the title of Officer of the Federal Republic of Nigeria (OFR) in recognition of his efforts in the legal system in the country.

With a net worth of $250 million, Adewunmi Ogunsanya is Nigeria’s fifth richest lawyer. The Senior Advocate Of Nigeria and barrister was called to the Bar in 1984. After completing his studies at the University of Kent in Canterbury, England. He has practiced law and contributed to legal systems since then. He, like some of Nigeria’s wealthiest lawyers, invests in other areas of the economy. He made a multibillion-dollar investment in Multichoice Entertainment. DSTV, GOTV, and Supersport are some of the company’s brands. He is also in charge of the Trocadero group of businesses.

Jimoh Ibrahim is Nigeria’s sixth richest lawyer, with a net worth of around $200 million. He is a lawyer, businessman, and politician. On the 24th of February, 1947, he was born in Ondo State, Nigeria. He earned his bachelor’s and master’s degrees in public administration and law from the Obafemi Awolowo University, Ife (LLB). He also got a master’s degree from Harvard University in Cambridge, Massachusetts. He invests his money into a variety of industries, including oil and gas, publishing, insurance, and real estate.

Afe Babalola is Nigeria’s seventh richest lawyer, with an estimated net worth of $150 million. Afe Babalola is an Ekiti State native and a University of London law graduate. He has made significant contributions to Nigeria’s legal system since he began practicing. He also owns Afe Babalola & Co., one of Nigeria’s largest law firms. He is well known for founding Afe Babalola University, a private university in Nigeria. In addition, he has a large farm in Nigeria, which contributes greatly to his enormous wealth.

Wole Olanipekun is Nigeria’s eighth wealthiest lawyer, with a net worth of $122 million. He was born on November 18, 1951, in Ekiti State, Nigeria. He graduated from Lagos State University with a law degree before being admitted to the Nigerian Bar in 1976. Through his efforts and pursuit of justice, he has also contributed to the Nigerian legal system. He has also held a number of prestigious posts, including President of the Nigerian Bar Association at one point. He also serves as Vice President of the Pan-African Lawyers Union (PALU), among other things. He is also a part of a number of enterprises.

Gbenga Oyebode has a net worth of $120 million, making him Nigeria’s ninth wealthiest lawyer. He is a practicing lawyer and the co-founder of Aluko Oyebode, a prestigious Nigerian law practice. He mostly advises corporations and leading brands in a variety of industries. This includes people in the oil & gas, power, aviation, and other industries. He earned law degrees from Obafemi Awolowo University in Ife and the University of Pennsylvania.

Femi Falana is a Senior Advocate of Nigeria (SAN), a human rights activist, and a barrister with a net worth of $80 million, making him Nigeria’s tenth richest lawyer. The powerful barrister is currently working as a full-time lawyer. He is married to Funmi Falana, who is a lawyer as well. He is the father of Folarin Falana, also known as Falz the Bahd Guy, a well-known Nigerian musician and actor. His law practice provided him with the majority of his wealth.